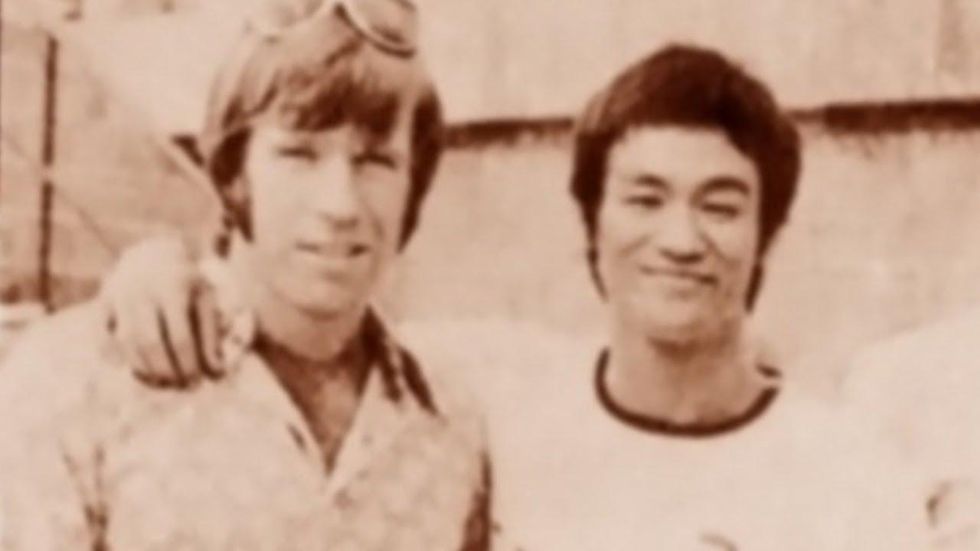 So, what advice did Chuck Norris give to Bruce Lee? Well, sometimes, your strengths and ego blind you from reality. It doesn’t necessarily have to be in a bad way. But sometimes, it blocks you from seeing the other side of the fence.

Chuck trained routinely with Bruce Lee for years in his backyard. In one sparring session, Chuck noticed that Bruce never kicks high, and Chuck asked Bruce why. Lee responded by saying a martial artist should not kick above the waist. Chuck Norris retorted with the response that you should be prepared to strike anyone anywhere on the body at any time. He added that if an opponent leaves his head exposed, you must take advantage of that. Lee realized Norris was right and began working on his high kicks with Chuck. Lee was able to perfect the high kick within six months.

Bruce referred to himself as a master-student. He was a student of learning and adapting and said being called a master was for when the casket was closed.

It is not that Bruce was opposed and against learning high kicks. Instead, his philosophy was about using what works and discarding what does not. He believed in more of developing a flow without pattern that was not restricted to becoming a kung fu imitation machine.

“The other weakness is, when clans are formed, the people of a clan will hold their kind of martial art as the only truth and do not dare to reform or improve it. Thus, they are confined in their own tiny little world. Their students become machines which imitate martial art forms.”

Who knows what Bruce thought? Maybe Bruce thought high kicks were too deadly to strike the head? Perhaps they make you too vulnerable defensively away from your center of gravity and base. Nevertheless, Bruce was about efficiency and speed with striking. The high kick probably did not fit into his fighting style or repertoire. But it was advantageous in the movies for him. Bruce always searched for how to make movies more exciting by showing extravagant fancy techniques and saw the high kick as valuable in films. However, it was not so beneficial in his fight strategy. Chuck helped him see the importance of the high kick- he did not have to use it but could do it if needed.

“True observation begins when one is devoid of set patterns.”

Bruce never restricted whom or what he could learn from, regardless of how different it was. Anything and everything can inspire your thoughts that lead to evolution and action. You may learn or be inspired by someone’s techniques or philosophy. And even if you disagree with it, it can inspire you to be better in your way. Or you can pick up that little idea that develops something big, like a spark that starts a fire.

In any event, that is why Bruce Lee created Jeet Kune Do. The book was written to initiate ideas and techniques that would encourage and inspire you to build your own.

Let yourself be inspired by everyone and everything. Don’t just watch what is successful. Observe what is not too. When your mind is open, you don’t see success or failure. You just see what is interesting that helps you develop your flow. When you can see purpose in everything, you understand how to extract what you need. But your mind must be open to doing it and not be shifted by your ego.