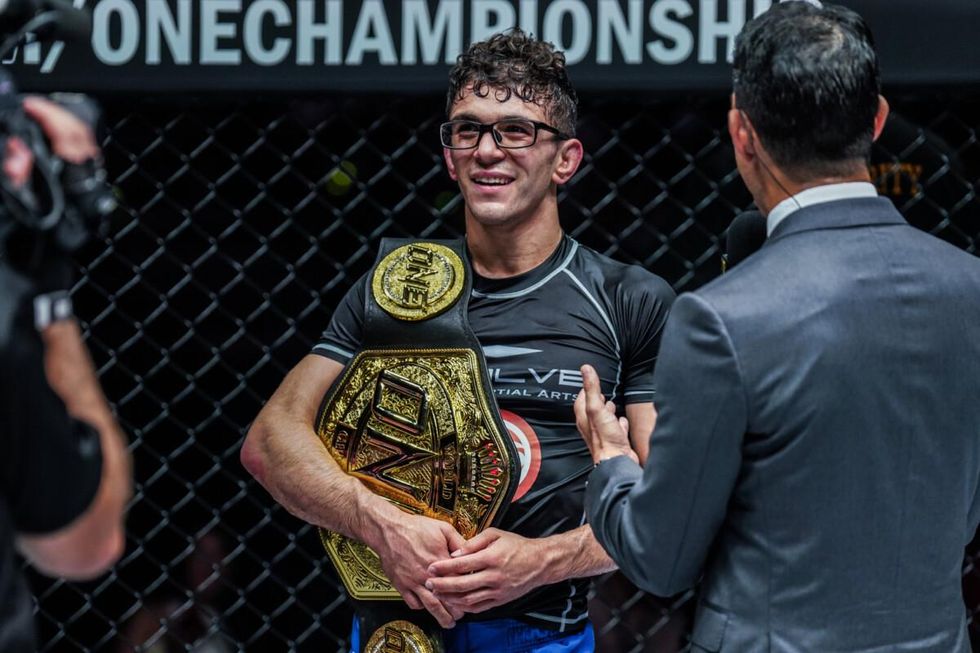 ONE Championship has added a stellar submission grappling matchup to ONE on Prime Video 6: Superbon vs. Allazov. ONE Flyweight Submission Grappling World Champion Mikey Musumeci will take on Sayan Khertek.

In a recent Instagram video, Musumeci called out sambo’s top stars based off comments made by Khabib Nurmagomedov. On January 13, in U.S. primetime and free on Prime Video to U.S. and Canadian Amazon Prime subscribers, he will get his chance against a multiple-time Sambo World Champion.

“There’s a funny quote from Khabib saying, ‘If sambo was easy, it would be called jiu-jitsu.’ So let’s have the sambo guys compete with the jiu-jitsu people. Let me fight the top World Champion of my weight class in sambo, and let’s see which is superior in the submission grappling format,” said Musumeci.

There have been three sambo vs. BJJ matchups thus far inside the Circle, and the jiu-jitsu representative has come away with the victory each time. Musumeci is hoping to further showcase the dominance of BJJ against Khertek.

The submission grappling contest will help headline the action from the Impact Arena in Bangkok.

ONE on Prime Video 6: Superbon vs. Allazov airs live and free to all U.S. and Canadian Amazon Prime subscribers on Friday, January 13. The action begins on Prime Video at 8 p.m. EST/5 p.m. PST.