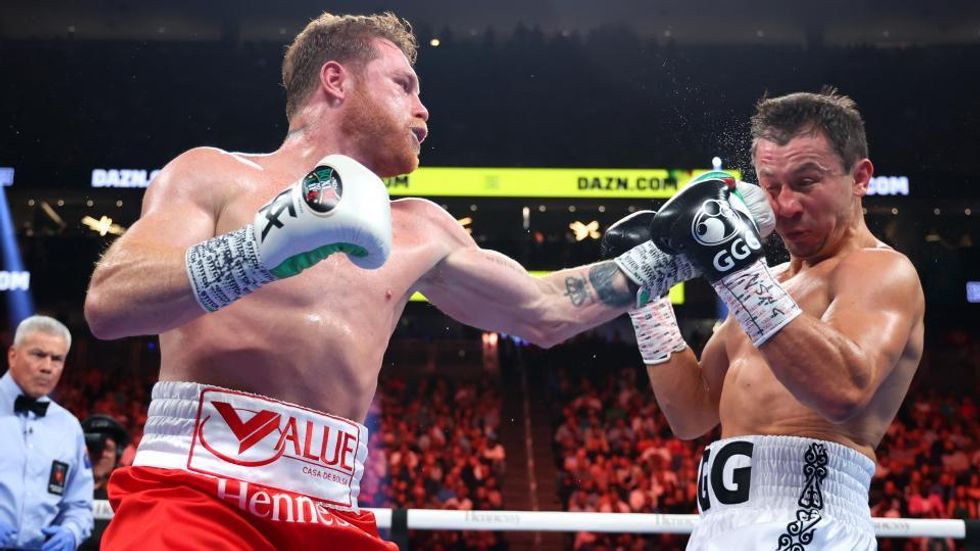 Canelo Alvarez finally got a convincing win against rival Gennady Golovkin claiming their long-awaited trilogy match by unanimous decision in Las Vegas Saturday night. Widely regarded as the two best middleweight boxers of their generation, they met at super middleweight this time where Alvarez was defending his undisputed title. The pair fought to a draw in their first match in 2017, while the following year Alvarez captured the rematch in a majority decision that also could have been a draw.

Perhaps Alvarez’s best tactic of the series was waiting four years to give his foe a third fight as it soon became apparent the now 40-year-old Golovkin was just a little off the form he’d shown previously. Alvarez controlled the first half of the fight outworking Golovkin, who’d been the more active fighter in their first two meetings. Golovkin rallied a bit in the later rounds landing maybe his best punch of the bout, a stiff counter jab that slowed Alvarez, in the ninth. He increased his work rate the rest of the way fighting Alvarez very tough over the last four rounds. But it was too little too late as Alvarez claimed the decision and the bragging rights between two boxers both destined for the hall of fame.