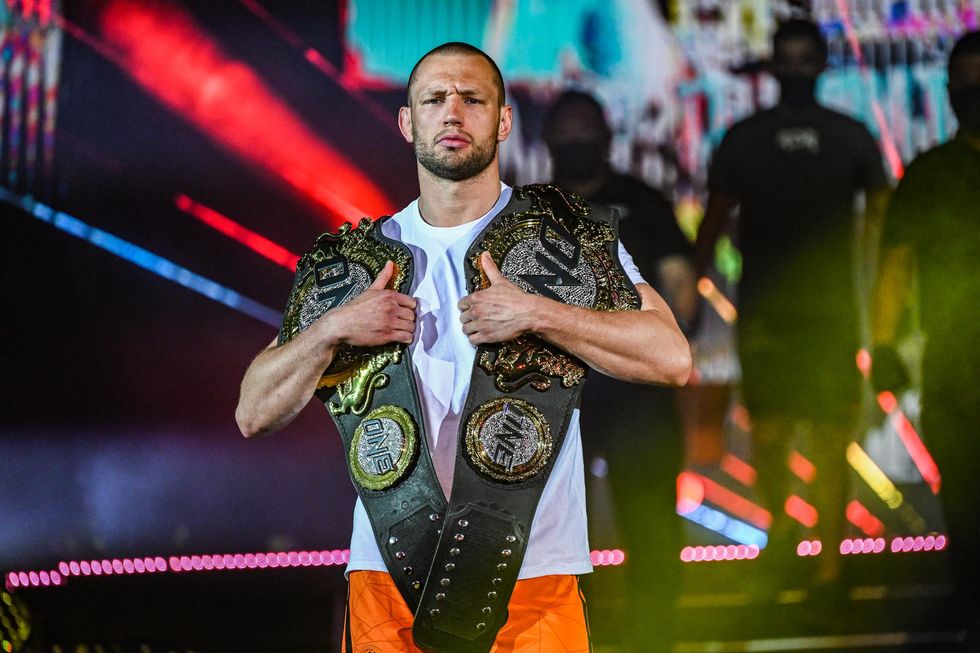 Two-division ONE Championship king Reinier De Ridder is currently deep in preparation for his latest ONE Middleweight World Title defense.

The Dutch superstar meets promotional newcomer Shamil Abdulaev in the main event at ONE on Prime Video 3 on October 21, and a recent trip to the United States has had a significant impact on his training.

De Ridder took his sojourn stateside to train alongside a collection of talented athletes in some of Florida’s top camps, such as American Top Team and Kill Cliff FC. However, it was the time spent in Texas alongside John Danaher and Gordon Ryan that has affected him the most as he looks to continue his dominant reign in ONE.

“It’s been crazy, to be honest, how much influence it had on my training. I spent a week in Florida, which was very nice, very interesting. But that weekend has really changed a lot of stuff about my training, my approach. It really got me back into spending a lot of time thinking about moves,” De Ridder said.

“A lot of things have really changed. A lot of stuff I did, I’ve tried to change, make some small adjustments, and that one week has really changed a lot over the last couple of months. That really helped me grow. I’m very thankful for the time I’ve been able to spend with John and Gordon over there.”

De Ridder’s focus on self-improvement hasn’t been a drastic change from how he prepares for all his bouts. He doesn’t spend a lot of time breaking down his opponents and tailoring his game plan specifically to what they do inside the Circle.

Instead, the reigning ONE Middleweight and Light Heavyweight World Champion focuses on becoming a better martial artist overall.

And that may be a good thing ahead of ONE on Prime Video 3. De Ridder hasn’t been able to observe much of what his upcoming opponent brings to the party. But the Dutchman doesn’t see it as a hindrance, as he feels he doesn’t need to study Abdulaev at any great depths.

“To be honest, there’s nothing much out there about him. I’ve been trying to look up some fights, but there’s not a lot of video on him. It’s an interesting record, 13-1. It seems good,” De Ridder said.