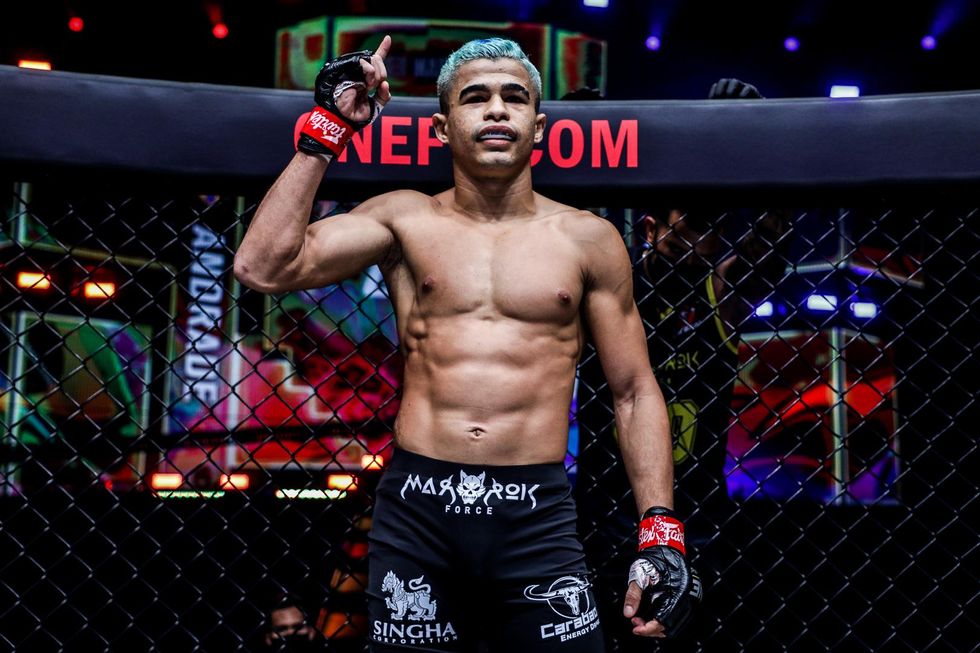 When Fabricio Andrade attempts to dethrone John Lineker for the ONE Bantamweight World Championship at ONE on Prime Video 3: De Ridder vs. Abdulaev, Demetrious Johnson will be tuning in to see how he fares.

In a recent interview with ONE Championship, “Mighty Mouse” praised the Brazilian bantamweight’s skill set and style. The newly minted ONE Flyweight World Champion expressed how much he was looking forward to the upcoming title tilt on October 21.

“I really like Andrade. I really, really do. I think it’s the way he comes out and fights. He pushes the pace, he takes risks. I think that fight against John Lineker is going to be a great fight,” said Johnson.

“I think if Fabricio Andrade gets busy moving, has good footwork, good movement, and good feints, he could really draw out some of Lineker’s big shots. But I know someone’s going to get knocked down in that fight. That’s all I can say.”

When the #2-ranked bantamweight contender heard the words from the greatest to ever compete, he was understandably thrilled. He took the time to return the favor and praise Johnson’s recent victory over Adriano Moraes, citing the factors he had to overcome against the larger opponent.

Andrade said that hearing what someone like Johnson said about his skills will motivate him to continue his climb as one of the sport’s fastest-rising stars.

“It sure makes me very happy. Hearing this from a guy with the experience and the name he has motivates me a lot. It shows that my work is being recognized and motivates me to keep doing what I’m doing,” Andrade told ONE.

Although Johnson did not offer a prediction for the bantamweight title tussle, he broke down the key to a victory for “Wonder Boy.” Johnson knows that Lineker’s power will be a factor, and it will come down to if Andrade can withstand the heat when he steps into the champion’s kitchen.

“Obviously, he has the power to knock out anybody, so it’s going to come down to whether Fabricio Andrade can, one, take the power, and two, utilize John Lineker’s big swings.”

Andrade’s chance at the ONE Bantamweight World Championship will take place at ONE on Prime Video 3 on Friday, October 21, at 8 p.m. ET/5 p.m. PT.

Mma, One championship, One fc