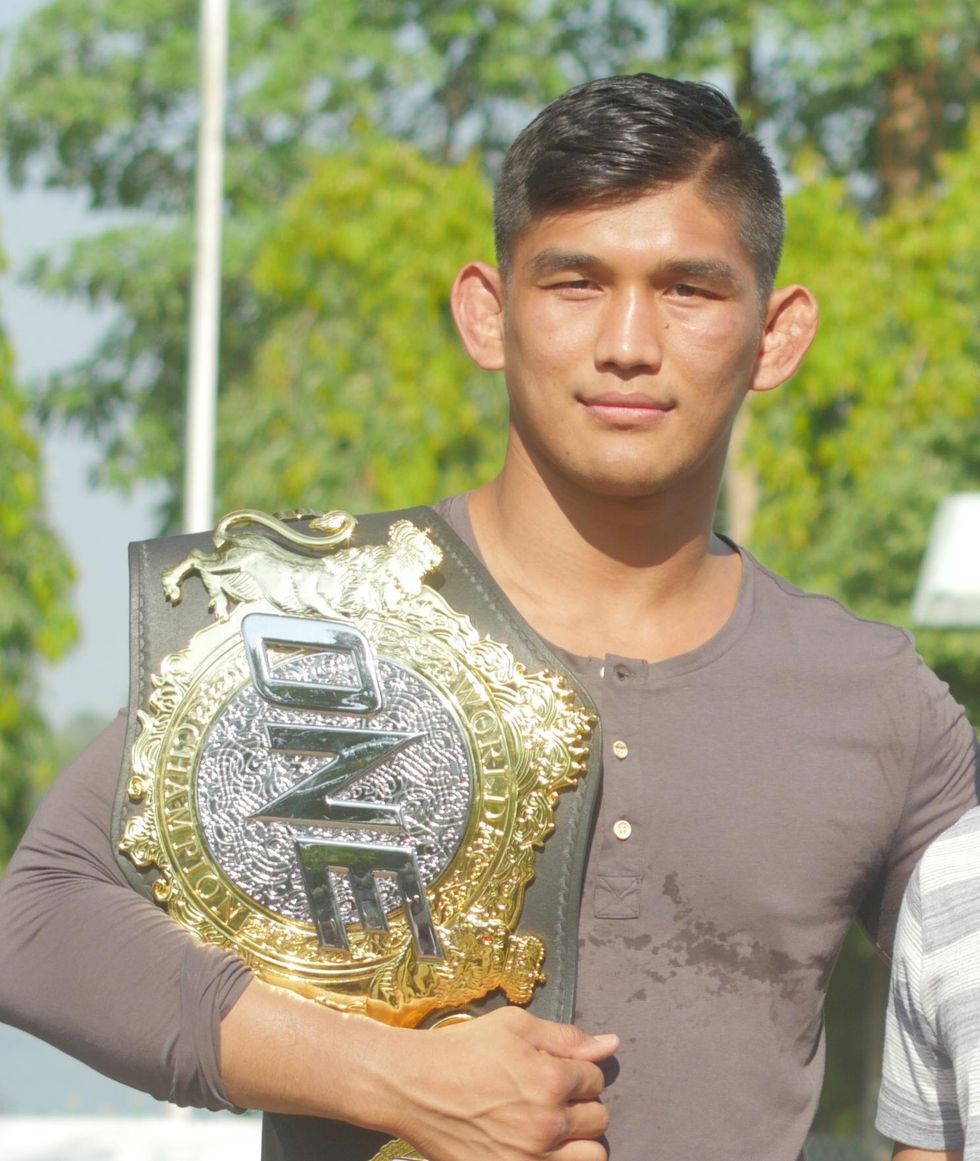 Aung La N Sang has built his name on perseverance and hard work, and those are qualities he is now teaching his son, Aung De.

The former two-division ONE Championship World Champion knows that the skills he is teaching are important and is adamant that self-defense is something that must be learned. But his son didn’t really take to the mats until he had friends to enjoy training with.

“To be honest, when we first started, he wasn’t really into it. And then Tial Thang’s family moved down here, [and] his two sons are doing jiu-jitsu. So, he has a friend, you know, and my other friends have kids that do jiu-jitsu as well. We would get together and have the kids train with each other, so he’s starting to love it,” Aung La N Sang said.

As the love for BJJ has started to grow in Aung De, his father has begun putting him into competitions in South Florida. The results have not yielded gold medals just yet, but Aung La credits that to the stiff competition in the area.

But glory is not the important part. The Kill Cliff FC representative just wants his son to push himself to the best he can be and work hard doing it.

“You know what’s funny is it coincides with his soccer league as well. His team was filled with five year olds, six years olds. And they were competing against seven and eight year olds. They didn’t win a single match the whole season.”

“So, as far as defeat goes, he’s taking L’s after L’s after L’s. But this summer, we put him in the summer camp. So he’s working on his soccer skills as well. And it’s all about persevering, and it’s all about working hard. I wasn’t the most talented guy in the room, but I always showed up.”

“The Burmese Python” is already seeing tremendous growth in his son’s grappling game, and he is not only happy with his progression but is proud to see him embody the spirit of martial arts.

It is not about a chase for gold as much as it is about continual self-improvement and overcoming the odds. The results will come in time as the skills improve, which is something he is already seeing paying off through his son’s hard work.

“They’re improving tremendously, like, I’m not even kidding. By him competing and by him training with his friends, they’ve made leaps and bounds as far as the skill set goes. And competition is good,” Aung La N Sang said.

Aung La N Sang’s career has showcased what hard work, dedication, and overcoming adversity can yield. Now his son is learning those same values directly from him and is embodying the beauty of martial arts.