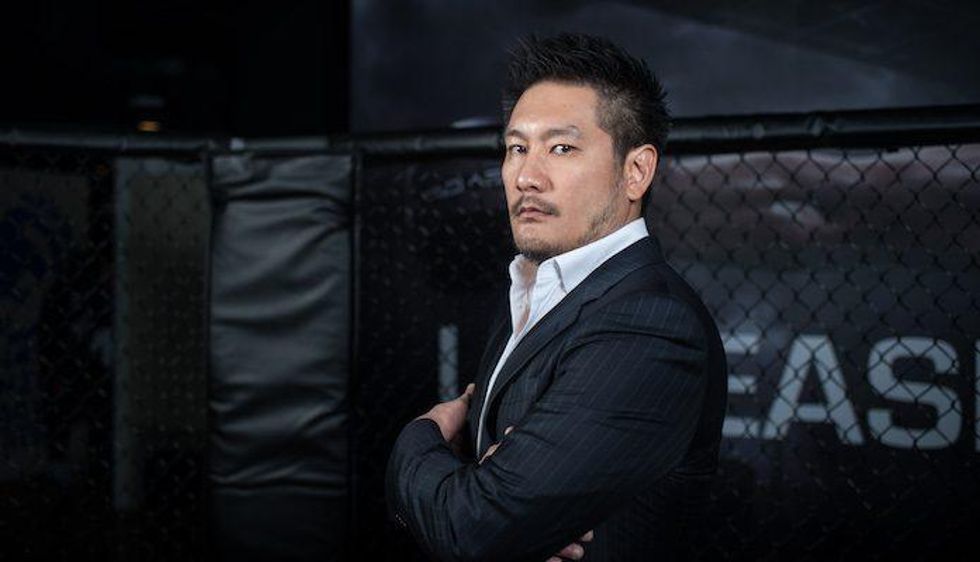 ONE Championship Chairman and CEO Chatri Sityodtong spent a lot of time with his checkbook open on Friday, August 26.

The historic doubleheader of ONE 160: Ok vs. Lee II and ONE on Prime Video 1: Moraes vs. Johnson II saw every athlete go for broke, and the man behind the largest martial arts organization took note.

When all was said and done, $450,000 in performance bonuses were awarded between the two events.

Let’s take a closer look at the nine athletes who picked up a little extra following a fun night in Singapore.

Four performance bonuses were handed out in the first event of the doubleheader, with Tommy Langaker taking down the first $50,000 check for his unanimous decision win over Renato Canuto.

The next bout earned Martin Batur a bonus with his comeback win over Paul Elliott. After being stung early in the action, Batur rallied to take a first-round TKO win with strong ground and pound, forcing the referee to stop the action.

Saemapetch Fairtex took him a bonus for his crushing second-round KO over Rittewada Petchyindee. After losing their first match by an unfortunate cut caused by a slicing elbow, Saemapetch returned with a vengeance and scorched Rittewada with a left hand.

The final bonus of the event was given to Christian Lee for his outstanding showing against Ok Rae Yoon to reclaim the ONE Lightweight World Championship.

Lee came out and pushed the pace from the opening bell, and the South Korean could never work himself into the match. Lee took control and eventually ended the contest with a flurry of strikes in the second round.

ONE on Prime Video 1

The first of five $50,000 performance bonuses to be handed out came in the featured lead card contest. Superlek Kiatmoo9’s first-round knockout over Walter Goncalves pushed him into the ONE Flyweight Muay Thai World Grand Prix final and gave him a little extra cash as well.

Later in the evening, Panpayak Jitmuangnon, who entered as an alternate for Rodtang Jitmuangnon, punched his ticket to the tournament final too. The Thai star plastered Savvas Michael with a highlight-reel head kick in the second round and grabbed a bonus check for the KO.

Nong-O Gaiyanghadao defended the ONE Bantamweight Muay Thai World Championship against Liam Harrison by utilizing thunderous leg kicks that left the challenger unable to stand. As Nong-O’s dominance continued, the Thai legend got the news he picked up the extra bonus for his incredible work in the co-main event.

Unsurprisingly, the final $50,000 check went to Demetrious Johnson for his phenomenal performance in the night’s main event. Johnson withstood early takedowns and top control from Moraes but turned the tide in the third round. “Mighty Mouse” ended the bout with a Knockout of the Year contender in the fourth and became the ONE Flyweight World Champion.

Relive all the best moments from an incredible night of martial arts action at ONE 160: Ok vs. Lee II!Subscribe and turn on notifications to get the latest O…

ONE on Prime Video 1 Highlights: DJ vs. Moraes II, Nong-O vs. Harrison & MORE

Relive all the best moments from a stunning night of martial arts action at ONE On Prime Video 1: Moraes vs Johnson II !Subscribe and turn on notifications t…