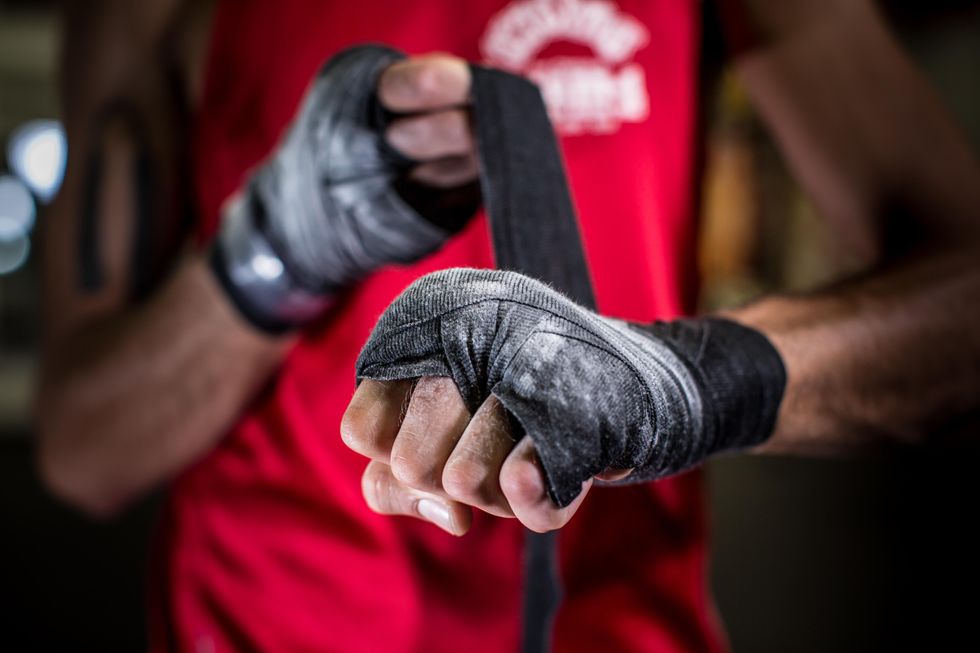 MMA is the best sport on the planet. I love it with all my heart but one major issue that has plagued the sport since its origin, regardless of organization, are pokes to the eye. It seems almost unavoidable. Given the nature of what you’re doing and the gloves you’re doing it in.

There have been multiple fighters calling for new gloves. From unranked guys, to coaches to current champions. After watching some devastating eye pokes that could have left permanent damage, like when Leon Edwards made Belal Muhammad scream in pain mid-fight, or the injuries that DC and Stipe exchanged during their first two bouts and lets not forget the infamous Jon Jones lead hand frame that has penetrated almost all of his opponents. It’s safe to say that, something definitely needs to improve, but improvement won’t come easy. The knee-jerk solution to it is to curve the fingers slightly so they cannot flare as easily. Issue being that you need full articulation of the fingers for MMA.

So, a simple rounding of the fingers like in the PRIDE days might not be the easy solution it appears to be. As is the case with anything, there’s going to be trade-offs. With rounded gloves it allows for a much more secure Gable/S grip as well as adding difficulty to post on the ground, cage or person. This change might give grapplers an upper-hand or it might not be a factor at all.

Perhaps the rounding is necessary though given that it would, in theory, improve safety all round. Maybe stricter punishment to the fighters that foul, intentionally or unintentionally, would lead to more adherence to the rules. (Even though you will currently hear an official vocalize concern anytime a fighter has his fingers facing toward his opponent.) Maybe even still the rounded gloves would lead to some unforeseen issue that turns out to be worse than eye pokes, assuming they go away or even reduce. I don’t have a permanent fix, I’m simply showing that the solution isn’t as apparent as MMA forums and podcasts imply it is.

There have even been multiple high-profile individuals pitching their design to the UFC without any of them being officially adopted. Coach to multiple world champions, Trevor Whitman has one with his company Onx Sport, even the Notorious himself Conor McGregor wasn’t able to ink a deal with UFC brass. Both designs are well thought out and are fantastic products themselves but still aren’t satisfactory to the conundrum. Are pokes to the eye just a necessary evil that we all need to accept? I hope not but it is a fistfight after all.