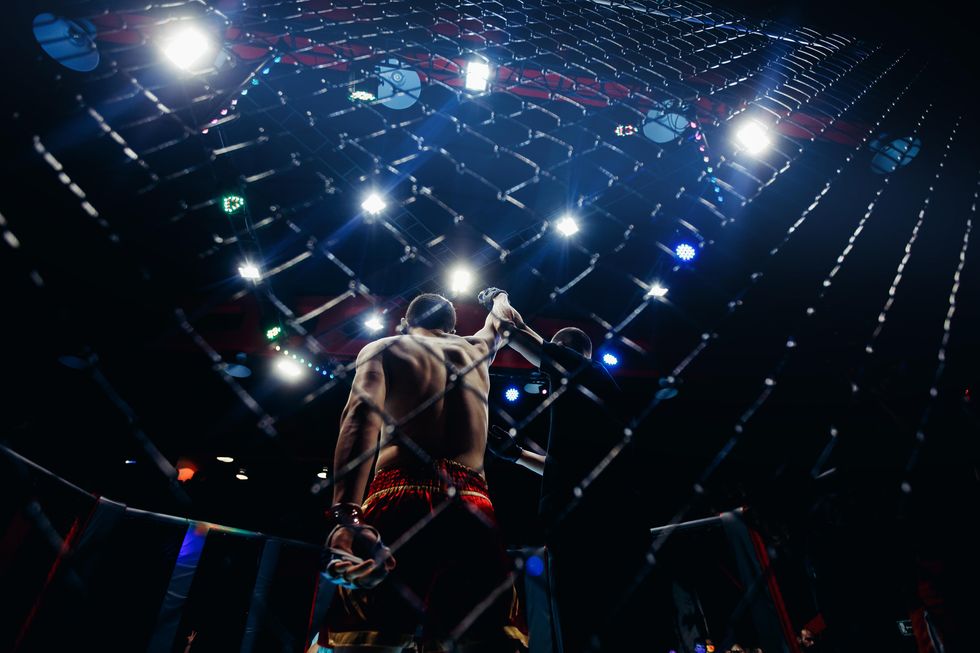 Bruce Lee commented in his famous on-screen interview years ago that Martial Arts are best codified in the idea that they are to be seen as a pure form of authentic self-expression. His Jeet Kun Do model did indeed pave the way (pun intended for those in the know) to genuine, individualistic expression of self(s). This does yield the question though, is “self-expression” an adequate enough definition or concept to justify the designation of “Art”? This question actually applies to all things called Art for that matter.

A few years ago, someone very well-known in her field of Artistic Expression made a pretty controversial claim that MMA was not in fact Art. Maybe someone could have told Ms. Streep, it is right there in the title, but oh well. The following quote was in a context of a political rant (which is avoided here) at an award’s show and not a well thought-out, cogent commentary on Art. It was an off-handed criticism of the state of things as she saw it pertaining to immigration and that current administration’s policy on it:

“If we kick [foreigners] out, you’ll have nothing to watch but football and mixed martial arts – which are not the arts.”

The relationship to immigration policy and sport was interesting at the time, but for our purposes, the thing to consider is whether or not she said something worthy of consideration about MMA (the poor football fans have to fend for themselves – this is a Martial Arts context here!). It was already hashed out at the time as she drew much ire from the Martial Arts community specifically and the broader sports community in general. There was never any sort of official debate or public discourse on the subject. Some in the MMA community represented the sport well while others waxed eloquent on the virtues of the Martial Arts – mixed or otherwise – in an attempt to educate any interested in learning.

But at the core of the debate are some real questions. A big one for example is what the heck even qualifies as Art anyway? There are no shortages of pop-star, pro-level karaoke performers on TV singing competitions calling what they themselves do, Art. Or online seconds-long forms of self-expression to gain oodles of followers some try and call Art. Is there a diagnostic system somewhere that has deduced Art into definable terms? Most think it subjective and that beauty is in the eye of the beholder. The esteemed Oscar-owning Streep would no doubt call most acting “artistic” whether it was award-worthy or not. Is the middle-schooler doing his best Leo Dicaprio/Baz Lurman/Romeo an artist?

The Art community has not been free from controversy about what qualifies as Art even internally. There have been many fraudulent activities in the Art world where a fake was passed off as real successfully. How about the amusing stories of animals being given materials to paint and having the resulting “Art” successfully passed off as the work of a respected legitimate artist? One critic (an important word in our context) spoke in 1964 of a painting he thought produced by avant-garde painter Pierre Brassau that, “Brassau paints with powerful strokes, but also clear determination.” One wonders if Peter – the four-year-old chimp who actually painted the work – really appreciated what the critic thought of his work. Without question, the MMA community did not appreciate the valued opinion of the Art Critic Meryl Streep when she offered her critique.

Is MMA Art? What is Art? That must be answered first. There is almost no definition of that word that would not justify its use in with the Martial Arts in general, and/or Mixed Martial Arts specifically. It is not the mere use of the word in those titles that justifies it either. It is the disciplines and their respective executions over the centuries that justify the use. Whatever makes Art, Art, is true of Martial Arts. From the foundational concepts found in the thirteen chapter work of military strategist Sun Tzu in the 5th century BC’s Art of War, to the ballet-level expression seen during exhibitions of amazing human feats in sport Karate; one would have to simply not have a functional working definition of Art to dismiss those.

If a chimp’s painting can convince a high art critic as having used powerful brushstrokes, what about the lifelong martial artist’s honed powerful strokes well-executed in the beautiful bloody ballet of an MMA cage? Art? Yep.