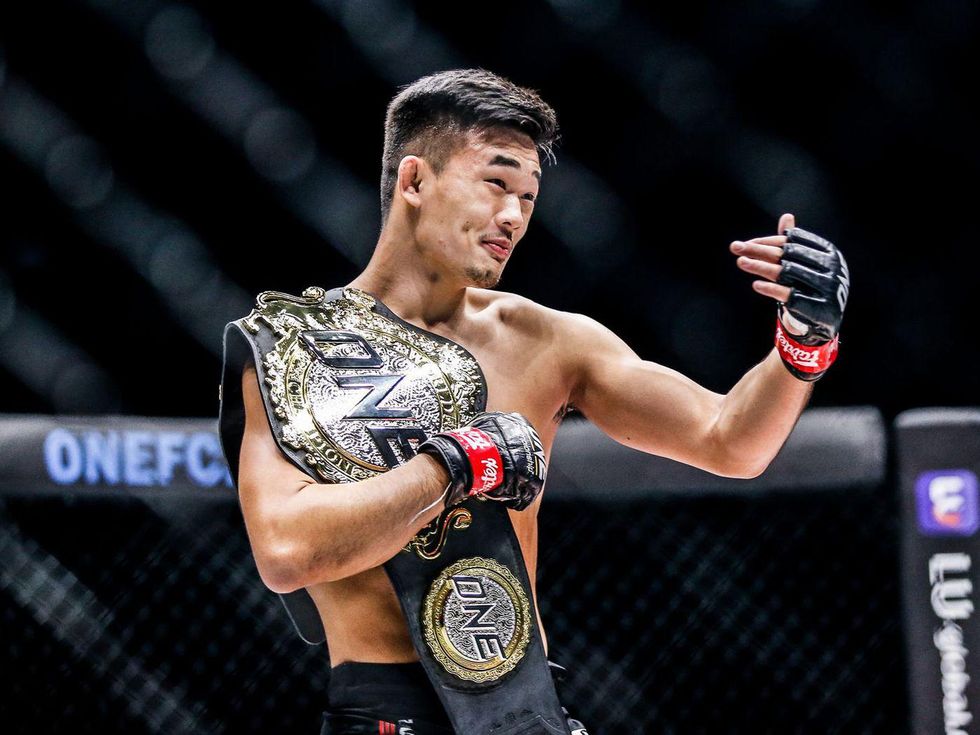 At ONE 160: Ok vs. Lee II, Christian Lee is ready to take back what he believes is still his, the ONE Lightweight World Championship.

Last September, at ONE: Revolution, Ok Rae Yoon edged out Lee by unanimous decision in a closely contested matchup. As soon as the decision was read, Lee’s displeasure was evident as he thought he did enough to retain the title.

In the months since that result, Lee has not changed his opinion on the outcome.

“If you look at ONE Championship’s scoring criteria, I won in every area. If we go on near finish and you go on the damage done – I broke his orbital in the first round, I dropped him big in the third round, and I came close to getting two submissions. That really speaks for itself,” Lee told ONE.

“The only credit I do give him is being able to last all five rounds and having the cardio to keep a good pace throughout all five rounds. So, in my opinion, I still won the fight, but I’m definitely not going to go into the [rematch] with the same game plan.”

The highly-anticipated rematch takes place on August 26. Lee will have his work cut out for him if he intends to reclaim the gold.

The newly minted ONE Lightweight World Champion has been incredible since making his debut in ONE in 2021. Ok has been in three tremendous bouts that have displayed his skill and toughness, and in each contest he has done nothing but defeat world champion caliber competition.

Upon his debut, he defeated former ONE Featherweight World Champion Marat Gafurov and followed it up with a strong unanimous decision win over multiple-time World Champion Eddie Alvarez. Then came the title tilt against Lee, where Ok did just enough in the eyes of the judges.

This time around, Lee is going to try and finish the job before it ever gets to that point. But that is easier said than done.

“I definitely believe that I’m going to win this fight. If it is a close decision I can see how they can set up a trilogy fight, but if the fight goes how I plan on it going – I’m going to take him out quick and finish him – then there’s going to be no need for a rematch,” said Lee.

He Was FURIOUS 😡 Christian Lee vs. Ok Rae Yoon I | Full Fight

The long-awaited rematch between Christian Lee and Ok Rae Yoon goes down at ONE 160 on August 26! Follow the fighters on Instagram:Christian Lee: https://www…