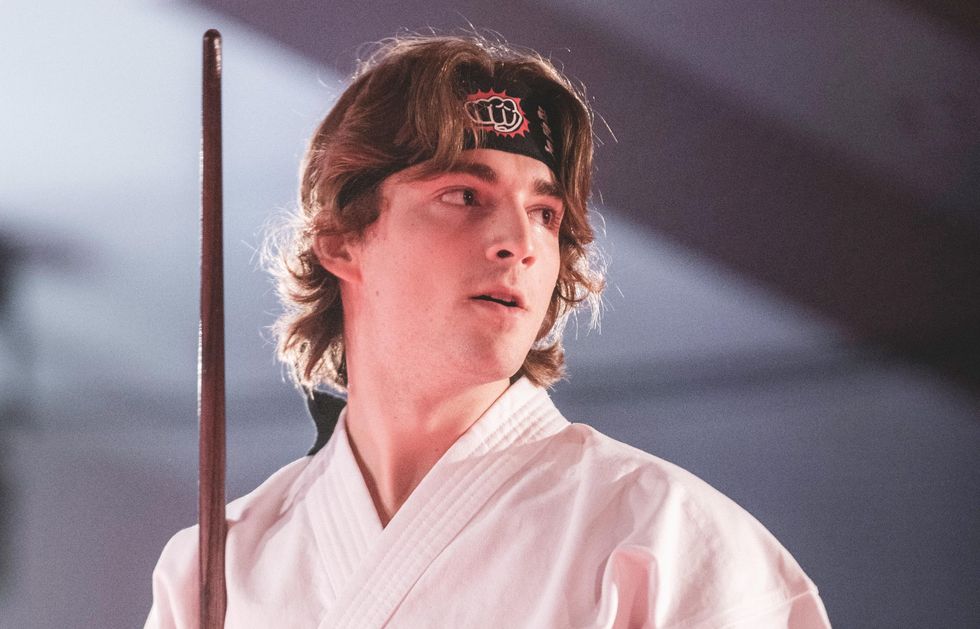 The Black Belt Magazine World Sport Karate Rankings have been updated following the U.S Open ISKA World Martial Arts Championships. Due to Black Belt Magazine’s partnership with the International Sport Karate Association from the inception of these rankings, the new ISKA world champions hold a special champion’s rank atop the active rankings. As explained on the rankings homepage, the champion’s rank for divisions not featured on the Night of Champions stage was determined by the daytime NASKA overall grand championships.

Another major update for the rankings is a new objective format for featuring the junior point fighting divisions. As opposed to attempting to list all the talented fighters in those deep divisions, Black Belt Magazine intends to feature the grand champions and open weight winners from each NASKA world tour event. Notable winners from the U.S. Open include Sebastian Villanueva, the newest member of Team Paul Mitchell, Victoria Homsani of Team Legend, and Aria Martin who all won both their divisional grand championship and their open weight division.

To highlight the new champions, we will begin with the adult forms and weapons divisions where Jake Presley and Haley Glass were truly dominant. Presley won three NASKA overall grand championships during the daytime eliminations (the first competitor to achieve that feat at the U.S. Open under the current grands format), en route to claiming both the men’s forms and weapons ISKA world championships on Saturday night. Glass won her typical double overall grands during the daytime, which wouldn’t be typical for most competitors, and proceeded to defend both her forms and weapons ISKA titles in the finals.

The traditional forms divisions saw two devout traditionalists break through to win their first ISKA world championships. Joey Castro flexed his Shotokan Karate and expert performance skills to earn the men’s title, while the papuren of Gabrielle Rudolph was enough to lead her to victory in the women’s division.

As for adult point fighting, the men’s divisional grands and women’s fighting grands would be determined during the daytime eliminations as opposed to the ISKA stage. Kevin Walker of the All Stars fought on the lightweight side of the field and took the overall grand championship, while Avery Plowden of Team KTOC put on a clinic amongst the heavyweights. Plowden and Walker would face off in the final round of the team fighting division at the Night of Champions, where Plowden led his hybrid Team PMF to victory alongside Team Paul Mitchell’s Alex Mancillas and Team Velocity’s Justice Floyd. Plowden also took the stage for the open weight final against Team Proper’s Brayan Rodriguez, and had a dominant showing to win via 10-point spread and complete the elusive undefeated weekend. As for the women, Melanie Ortiz went on a magical run in her home state to secure the overall grand championship.

The adult division simply wouldn’t be complete if we didn’t talk about the stellar seniors too. Samuel Diaz III used his kama-wielding gankaku kata to take home the 30+ men’s weapons grand championship. Fellow traditionalist Joey Castro was able to win the senior forms grand championship before ever taking the stage against younger opponents for the ISKA title. Yoskar Gamez of Team Legend was dominant once again in the senior sparring divisions, claiming grand championships in both 30+ and 40+. Melanie Strauss repeated her dominance in the women’s division, once again leaving Orlando with both the senior forms and weapons titles under her belt.

The future of sport karate shined bright at the Open with some amazing junior divisions. Beginning with 14-17, Esteban Tremblay is bringing double ISKA titles back to Canada as he won the CMX forms and weapons championships. His Team Paul Mitchell teammate Averi Presley won another ISKA championship of her own in the girls’ weapons division, and in girls’ forms Alyss Groce of Team Infinity rode some great momentum into the finals to ultimately win it all. There were separate ISKA championships in which girls and boys competed against each other head-to-head for the traditional titles. The girls ruled the day at the U.S. Open, with Madison Magnotta of Team Straight Up winning weapons and Sofia Rodriguez Florez of Team Infinity winning forms.

In the youth divisions, only the weapons world championships were featured on stage. Dax Howland of Team Competitive Edge choreographed an insanely difficult routine that featured both double and single bo in an incredible effort to defend his world championship. As for the ladies, Isabella Nicoli continued her winning ways with her extreme nunchaku performance and won yet another ISKA title. The champions’ ranks for the forms divisions were decided by the winners of the NASKA overall grand championship as explained above, in which Isabella Nicoli’s traditional kata reigned supreme and Michael Molina’s extreme form wowed the crowd and the judges on his way to victory.

Finally, for the team events, Team Paul Mitchell defended their synchronized weapons title for the seventh consecutive U.S. Open. However, this time the team featured two brand new faces as Ben Jones and Esteban Tremblay hoisted the trophy. In synchronized forms, the blindfolded kata of super siblings Diego and Sofia Rodriguez Florez earned them another impressive win this season. One more title was defended in the team demonstration competition, as Team Competitive Edge revamped their roster earlier this year and choreographed a performance worthy of a third consecutive ISKA world championship.