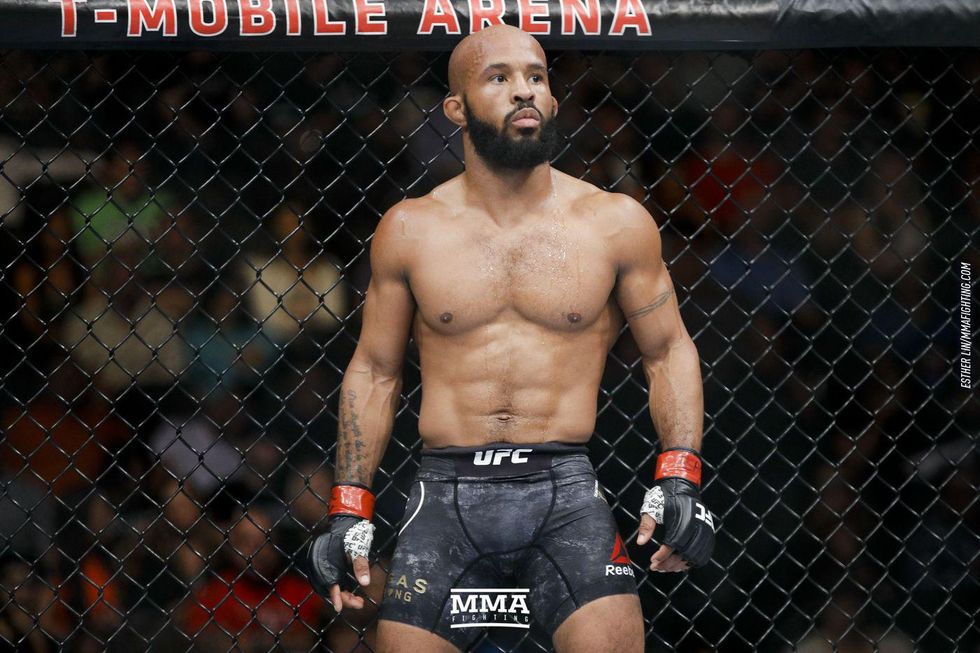 There has been a bit of a lull in the discussion of Greatest of All Time (GOAT) status in MMA. Therefore, it is a good time to take a breather and ask a few questions on the subject.

One rule of being a hero is apparently that you never get to call yourself one. That same rule doesn’t seem to apply to mixed martial arts necessarily. So it might serve in an actual discussion of GOATs to state that this precludes those fighters who claim the label for themselves. That is, of course, unless they are found to be deserving.

Does Conor McGregor deserve to be in the GOAT discussion, never having defended a belt? Incidentally, he did not in or out of the UFC. Yet he claimed on at least one occasion not only that he was the greatest fighter of all time and could beat any man God ever made — certain Dagestanis excepted, of course — but also that he could beat God himself.

Conor McGregor: “I’m the Greatest of All Time”

Conor ‘The Notorious’ McGregor: “I’m the Greatest of All Time”

Tyron Woodley called himself the GOAT of the welterweight division, even dismissing first-ballot GOAT contender Georges St-Pierre, after his fight with Darren Till at UFC 228. Those comments have not aged all that well.

In the actual discussion of potential GOAT candidates, there is something that needs to be considered a little more than it has been — namely, the depth of the divisions of those in contention. And related to that, we must consider the time of their competition on MMA’s historical timeline. It easily can be forgotten that MMA is not even a quarter of a century old as a sport.

Think of Babe Ruth. He indeed set and held many records in baseball, but he did so at a time when he essentially had no peers. An easy MMA comparison is Ronda Rousey. Pop quiz: Name three martial artists she fought and beat who are not named Miesha Tate. Rousey’s place in history is forged for sure, but it has to be considered that her division — even her gender — was brand new to the UFC at the time of her conquest.

Ronda Rousey’s success is being paralleled now by Kayla Harrison in the Professional Fighters League. There must be something in the water at that Olympic judo training center!

All credit is due Rousey for her pioneering women’s MMA accomplishments, and a case could even be made that might bolster her GOAT status, but for here, it begs a question:

Does strength of field, youth of the division or any other factor, well, factor into the calculation of an invisible GOAT trophy?

On the men’s side of this equation is Demetrious “Mighty Mouse” Johnson. He holds the record for number of titles defenses: a staggering 11 times. Hardcore fans know there were genuine threats in those 11 fights, but it is still realistic to say that those much lighter weight divisions simply did not have the number of GOAT-caliber contenders other classes did and do.

It is hard to argue that DJ does not deserve his place in the discussion, but it is also eye-opening to look at his opponents’ records in comparison to the opponents faced by Jon Jones and GSP. The latter two fought the very best in their respective divisions — on some occasions, more than once!

There is a litany of other things that could influence the discussion of greatness that have not been mentioned. Strength of schedule seems to be a pretty concrete one that should be a component of the conversation — if it must be had (more later on that).

Doping laws, legalization of the sport, undeveloped areas of the world and fledgling MMA gyms, the fact that it is almost completely novel to train in MMA from the beginning of a career now rather than majoring in a discipline — the list goes on.

MMA still has that new sport smell. Wrestling is centuries old. Baseball is more than 150 years old. Heck, Monopoly is almost that old! For some reason, cultures are insistent on being able to crown someone the best at something, but they are not content with that. It has to be the best ever.

Now, maybe the real question is, Why? Why does there need to be a GOAT trophy, or crown, or medal, or … whatever? Why are fans not content to know who their current champions are and watch them be the best of their time?

There is enough reasonable doubt in the courtroom trying to decide what Greatest of All Time even means to think that maybe we should slow our roll and let those potential GOATs graze in their fields.

GOAT talk is fun. It is far from an exact science, though. But like those other historic sports, it is likely that time and competition will reach something like a standard or an equilibrium. Maybe records and criteria will become clear enough that we will be able to definitively crown GOATs without any doubts.