WASHINGTON — Russia’s halting efforts to conduct electromagnetic warfare in Ukraine show how important it is to quickly respond, and immediately shut down, such attacks, Pentagon experts said Wednesday.

But the U.S. needs to get much better at its own EW rapid response, they said during the C4ISRNET Conference Wednesday — and can learn a lot from how the private sector has handled these situations.

Dave Tremper, director of electronic warfare for the Office of the Secretary of Defense, pointed to SpaceX’s ability last month to swiftly stymie a Russian effort to jam its Starlink satellite broadband service, which was keeping Ukraine connected to the Internet. SpaceX founder Elon Musk steered thousands of Starlink terminals to Ukraine after an official sent him a tweet asking for help keeping the besieged country online.

“The next day [after reports about the Russian jamming effort hit the media], Starlink had slung a line of code and fixed it,” Tremper said. “And suddenly that [Russian jamming attack] was not effective anymore. From [the] EW technologist’s perspective, that is fantastic … and how they did that was eye-watering to me.”

The government, on the other hand, has a “significant timeline to make those types of corrections” as it muddles through analyses of what happened, decides how to fix it and gets a contract in place for the fix.

Redundancy is also critical so the U.S. could keep operating on another system if an EW attack succeeded at knocking one out, Tremper said.

The U.S. needs to think a lot more innovatively when it comes to building new EW equipment, Clark said. It won’t be enough to just buy upgraded versions of legacy systems, he said — the U.S. has to come up with new systems that allow for much greater resilience and speed.

This includes incorporating artificial intelligence and machine learning into next-generation systems to be able to respond faster, he said. Increased use of digital engineering can also help the military model new equipment with a computer and work out the kinks before going through the time-consuming typical acquisition and testing process.

Clark said the Air Force’s in-development Compass Call, the EC-37B, is a prime example of how digital engineering is transforming how the service approaches new electromagnetic warfare capabilities.

Software coders and engineers are working with Compass Call operators on the ground to figure out creative ways to jam enemy signals, Clark said.

Russia’s invasion of Ukraine has taught the U.S. a great deal about the sophistication and reliability of Russian equipment, they said, and their troops’ ability to carry out missions in a synchronized way.

In particular, Tremper said, it has shown how important it is to properly train the personnel assigned to carry out electromagnetic warfare operations. Trying to carry out EW while moving forward inside the territory you’re invading, and not in a secure location, makes it even trickier.

“It’s a very hard problem, if you don’t have well-trained operators,” Tremper said. “The degree of coordination and synchronization of these types of operations is such that the undertrained operator will have a harder time pulling off those types of events successfully.”

Tremper said the Pentagon expected a “much stronger” EW showing from Russia — but cautioned that isn’t to say all of Russia’s efforts have failed.

Police: “no information” on whether man arrested near Tesla store tied to Antifa

Elon Musk will expose Twitter’s past suppression of free speech. 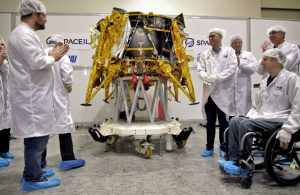