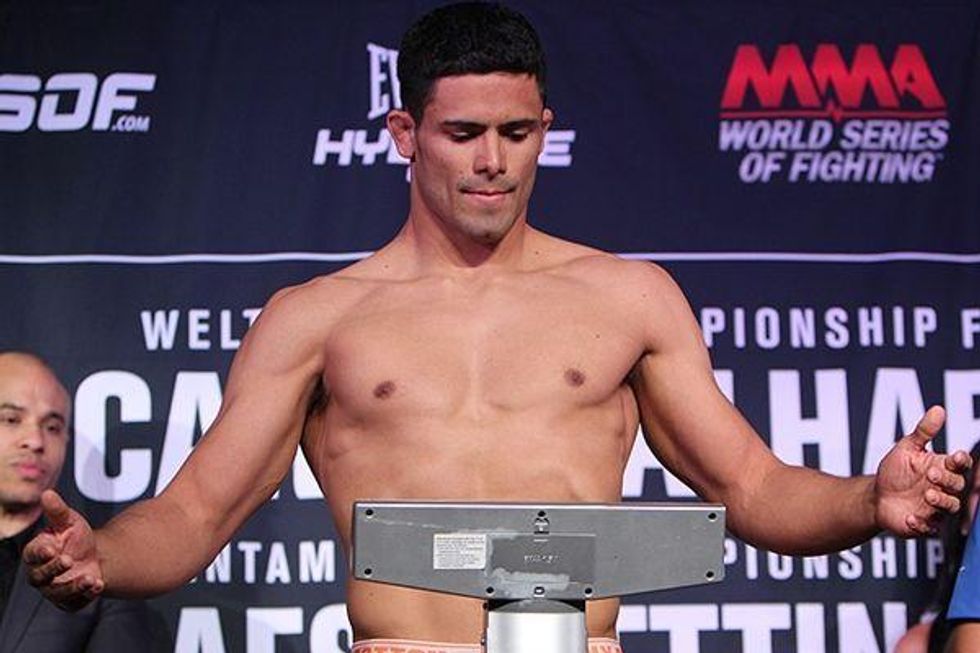 After more than three years away from active competition, Johnny Nunez will return to the ONE Championship Circle on Friday, January 13, at ONE Fight Night 6: Superbon vs. Allazov. Standing across from him in U.S. primetime on Prime Video will be #2-ranked featherweight contender Garry Tonon.

Any time Tonon is involved in a matchup his opponents know where the true dangers lies. The BJJ wizard is among the very best in the world when the action hits the canvas, but that does not mean Nunez is afraid of taking the action to the ground. The Las Vegas-based athlete is confident in his wrestling and submission defense heading into the pivotal contest.

“I’m great at locking people down and controlling a situation like rolling under the legs and coming out on top. I think it’s a fight and everything happens. Every fight is different. Not everything’s gonna go the same way,” Nunez told ONE.

“Hopefully, he does try to jump under me, and I can hold him there and land some great shots while I’m holding him on top.”

Fans always hear athletes talk about wanting a quick finish, but that is the opposite of what Nunez is wanting for his return bout. Although he would certainly take the finish if it came, he loves breaking his opponent’s will. That remains his goal for ONE Fight Night 6.

With such a long layoff, many may believe that Nunez is worried about ring rust and is feeling the pressure to perform. That, too, is not the case for the 37-year-old. With his two children as his focus, competition is the easy part.

At this stage in his career, he is able to enjoy the entire process of competing at the highest level.

“My training process evolved in a lot of different ways, mainly mentally. Now that I got two kids to fight for it’s been more of a mindset for me to be in a better place for training and not feel so stressed about making money or providing for my kids,” said Nunez.

ONE Fight Night 6: Superbon vs. Allazov airs live and free on Prime Video to all U.S. and Canadian Amazon Prime subscribers on Friday, January 13. The event gets underway at 8 p.m. EST/5 p.m. PST.