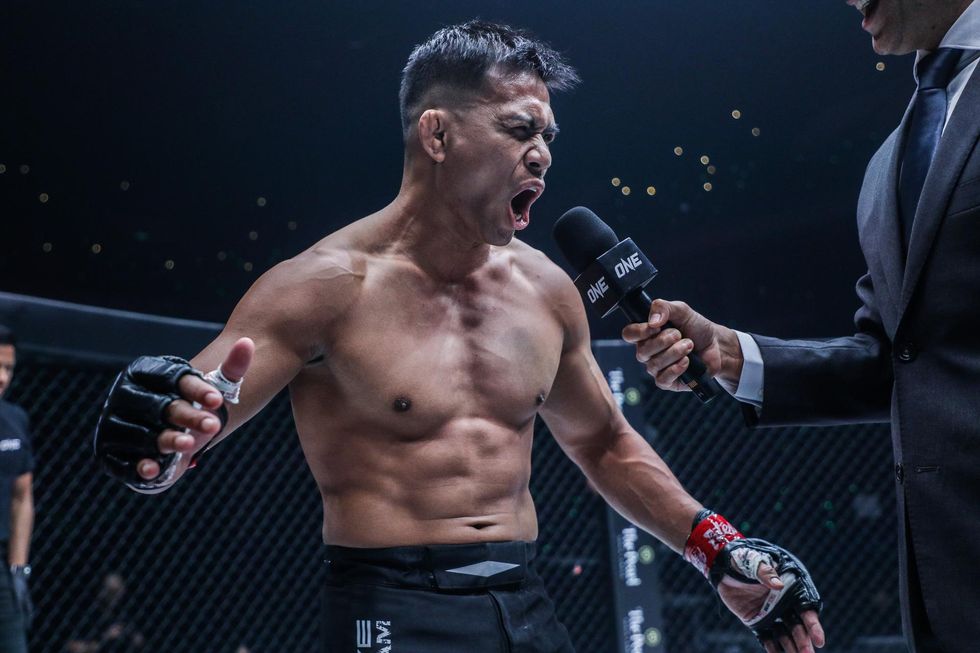 Eko Roni Saputra kept his momentum rolling in 2022 with a pair of first-round victories. That is nothing new for the breakout Indonesian, who has never been out of the first round in his professional career.

The fast-rising ONE Championship flyweight is knocking on the door to contention with his seventh consecutive victory, and Saputra is satisfied with his work during the past year.

“2022 has been fruitful for me. I see this year as a massive accomplishment. There are people who underestimated me every time I fought, like when I faced Chan [Rothana] and Yodkaikaew [Fairtex]. They had always considered me as a nobody,” Saputra told ONE.

“After all the time, discipline, hard work, and hard training, these are all my accomplishments for 2022. For me, personally, 2022 was good to close the chapter on [fighting] the lower ranks. Now, it’s time to be among the top ranks.”

With 2023 on the horizon, he is ready to take on all challengers. Although he wants the gold, he does not want to skip the line of top-ranked contenders. Saputra is prepared to prove himself against the division’s elite.

“I see bright lights in 2023. Surely to reach that light, it will take [time], and I want to be in the top-five rankings first. Having said that, I don’t want to go over my head. I want to do it step by step, and I don’t want to think that I am this great guy who can do anything. I must conquer what is ahead of me and not [think] too far ahead. Simply said, I must win every single bout.”

A former ONE Flyweight World Champion is on his radar as the calendar turns to 2023, and it is not just because of his ranking within the division. An offhand comment by his flyweight cohort struck a nerve with Saputra.

“My wife actually told me not to [say this publicly] yet because I am a bit furious with a statement this person made when I won against Liu Peng Shuai. He said that my opponent was very easy to beat, but he erased the comment [on social media]. It is [Adriano] Moraes. That is why, after my next fight, I want to call him out,” said Saputra.

“I told my wife, ‘I want this person to face me because he underestimated me.’ It doesn’t mean that I want to fast-track myself to the top, no. I just want to face the person who undermined me.”

But Moraes has a date with Demetrious Johnson first. The two flyweight greats will complete their trilogy as part of ONE’s first-ever U.S. event in Colorado on Friday, May 5. The main event of ONE on Prime Video 10 will have the Indonesian’s full attention.

“Let everyone else say that I have a great ambition to go against Moraes, but I am confident. I will put him to sleep as soon as possible. I mean, he erased his comment. If he had the guts, he shouldn’t have erased the comment. If he wanted to say that, then let it be,” said Saputra.

“Of course, I am totally fired up. I will call him out [after my next fight] because there is still something unsettled here.”

CHOKED HIM OUT 😵 Eko Roni Saputra vs. Khon Sichan