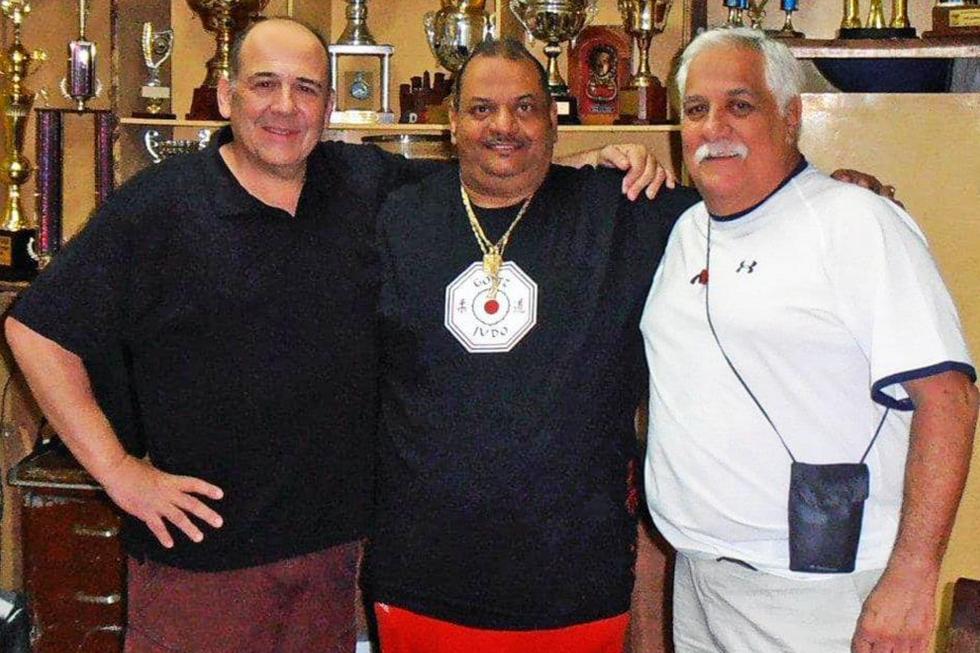 It’s with great sadness this week we lost our friend Ronaldo Veitia Valdivie, the famous Cuban Woman’s Judo Coach. OJ Soler (my right hand man from dojo who was born in Cuba where he started judo as a boy) We last saw Ronaldo in March of 2012 during our visit to Cuba. He was such a good guy; we will miss him!

A symbol of an entire era, a legend of Cuban and world judo, Ronaldo Veitia Valdivie has died at the age of 75 in Havana, Cuba. The International Judo Federation and the entire judo family offers its most sincere condolences to his family and friends as well as to the entire Cuban judo community.

In fact, he coached his team at six Olympic Games from 1992 to 2012 and obtained 5 gold, 9 silver and 10 bronze medals. This made him the coach with the largest number of Olympic medals in the history of judo. In 30 years he earned 308 international medals for judo. After having travelled the world on the five continents, Ronaldo Veitia Valdivie then enjoyed his retirement with his family in his homeland of Cuba.

For his career and outstanding results as a coach, Ronaldo Veitia Valdivie was inducted into the IJF Hall of Fame. He will leave an unforgettable footprint on the world of judo.

Cuban sport is in mourning: the legendary Ronaldo Veitía, the best coach in the history of Cuban judo, has passed away. The information was confirmed by the Pan-American Judo Confederation. One of the famous coaches of our discipline, the Cuban Ronaldo Veitia, seventy-five years old, has passed away.

Ronaldo was hospitalized in August in Alicante (Spain) where his son lives. Ronaldo was the victim of a cardiovascular accident which plunged him into a coma, of which he has just came out in August and he went back to Havana in October.

“With deep sadness, we regret the sensitive passing of our beloved master, Mr. Ronaldo Veitia Valdivié, former coach of the Cuban national team,” the organization published. Ronaldo coached his team at six Olympic Games from 1992 to 2012 and obtained 5 gold, 9 silver and 10 bronze medals. This made him the coach with the largest amount of Olympic Medals in the history of Judo. In 30 years he earned 308 international medals for Judo. Ronaldo was inducted into the IJF Hall of Fame in 2018.

Born in 1947, he was promoted to head coach of the women’s national team in 1986 and gradually revolutionized the team’s working methods, which gave him historic results in the foreign arena. In the sixties and seventies he was a judoka himself and captured the Cuban judo title as well as numerous medals at national and regional championships.

Dozens of Cuban judoka owe much of their exploits to the capital city native, who officially retired in January 2016, during the Havana Judo Grand Prix.

“Veitía leaves us forever the fond memory of the continuous and emotional victories of Cuban women’s judo. May her school never die,” President Miguel Díaz-Canel wrote on his official Twitter account as he expressed his condolences to family and friends.

“Veitía leaves us forever the fond memory of the continuous and emotional victories of Cuban women’s judo. May her school never die,” President Miguel Díaz-Canel wrote on his official Twitter account as he expressed his condolences to family and friends.

“In recent days, the health condition of the outstanding coach had deteriorated, reason why he had to be hospitalized. The complications associated with his diabetes and the high cardiovascular risk marked his seriousness until the fatal outcome,” said the digital newspaper Jit in announcing the news of his death.

Hero of the work of the Republic of Cuba and decorated with the Order of Sports Merit, the highest distinction awarded by the Council of State of the Republic of Cuba, Veitía directed the Cuban women’s judo team for almost three decades, leading it to 55 medals in world championships (16 gold), 25 Olympic medals (5 gold) and several dozens in Central and Pan American competitions.

Among his illustrious students were Olympic and world champions Idalys Ortiz, Driulis Gonzalez and Legna Verdecia and other laureates of the stature of Daima Beltran, Odalis Revé, Estela Rodriguez and Sibelis Veranes.

Under his command, the Cuban women’s judo team took first place by country at the Sydney-2000 Olympic Games, and at the world championships in Shiba-1995 and Cairo-2008.

“Professor Ronaldo Veitía Valdivié passed away, his contribution to the greatness of Cuban women’s judo assures him a place of honor in the history of the sport. We share the pain with family and friends with this patriot battler and faithful to his principles,” wrote on twitter the president of the Institute of Sports of Cuba, Osvaldo Vento.

The professor went into retirement in 2015 and then devoted himself to training children in the Havana municipality of El Cotorro, where he lived. After being hospitalized for several weeks in a hospital in Alicante, Spain, due to a stroke, he had returned last October 18th to Cuba of his own free will.

Very proud of our Goltz Judo member, competitor, and coach, Noah Calibuso on his promotion to nidan (2nd degree black belt) and his finishing school as well as graduating to an Army Officer, Congratulations!