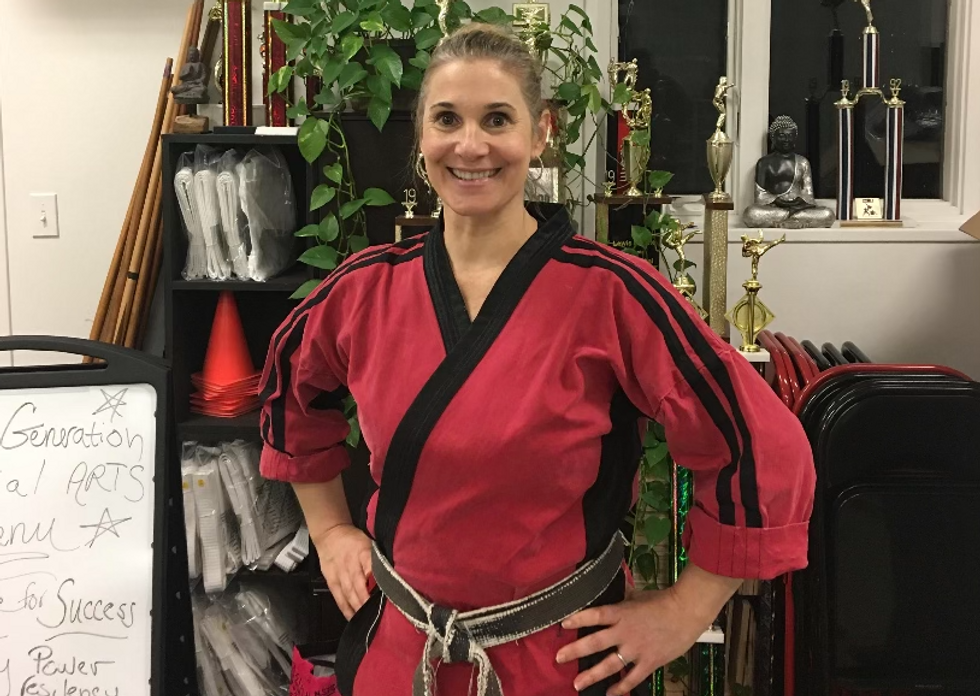 I invite you to stop a moment and ask yourself to remember your grandmother’s, great-grandmother’s, great-great-grandmother’s lineage. Recall their stories. Where did you come from? What is your history? This knowledge is critical not only to how we move through the world today, but also how we support our sisters, mothers, aunts, wives, grandmothers, daughters. How we were taught the ancestral understanding of expectation and duty determines the fate of womankind today. And, the fate of womankind ultimately determines the fate of mankind. Wouldn’t you agree?

Most of us grow up among human practices so ancient that the job of the female is to produce offspring, guard the home, and serve. Unless, that is, you are a lioness, an elephant, or a praying mantis.

In my previous article, Before We Were Martial Artists, I described how if the invader made it into the kingdom or home, the male guardians had failed. At that point, the enemy still had to battle the women. These women protected their families, not with martial arts, but with the knives and swords they kept hidden in their skirts.

This was not because our female ancestors were not interested in learning martial arts. It was simply because the basic human task at the time was to survive, protect, and serve. Consider the story of Choon-Ok Harmon.

“Below, in the dimly lit ocean, Mother looked for what she had come for. There it was: seaweed. She reached for it but missed. She tried again and got a hold of it, but it was so slippery that she lost her grip. Her sight was blurry, she felt lightheaded, and the birth contractions began. She ignored the pain. She had come for food and she would get it. Her four children had to eat. If she didn’t get anything today, there would be no food on the table.” -The Iron Butterfly. Memoir of a Martial Arts Master, Choon-Ok Jade Harmon, page 17.

This excerpt illustrates the warrior frame of mind most women have needed to maintain throughout the ages. Men and women alike were hunters and gatherers, tribal members, leaders of dynasties, and warriors. Increasingly, women are joining the ranks of leadership in the martial arts.

Choon-Ok’s story is the deeply personal tale of a young warrior woman who succeeded in the male-dominated world of martial arts. It was the 20th century, so her story represents the many women who came to train and practice as an art form, not as a necessary means of survival. As the practice transforms, so does the struggle faced by many women as they step into their power as female martial artists.

Here in the 21st century, martial arts is understood as an anti-aging, wellness, fitness, mindfulness practice. We draw on ancient studies of stances and strikes, as in Jungshin Fitness, but we apply them to the present day demands of living in an overpopulated, computer and screen-based society. Today, even the most by-the-book doctors recommend meditation—or martial arts— as a tool for health.

Cultural representations of women warriors are changing accordingly. We see expressions like, “Women hold up half the sky,” blasted around the internet. In the new book, Squire, by Sara Alfageeh and Nadia Shammas, we learn of Aiza, who overcomes her second class status to become a knight. We see more and more films depicting women warriors. Two recent films of note are: The Woman King and The Little Mermaid. While The Little Mermaid is a sweet and gentle dive into the magic of a young mermaid, The Woman King is fierce and roars with power. These stories speak to every woman on the planet.

Along with increased cultural representation, we are witnessing the current upheaval against old rules that no longer serve women, as exemplified by the courageous female warriors in Iran today. The contemporary struggles of women are connected, whether they are businesswomen, martial artists, or a young girl who dreams of becoming a knight.

If you are a lioness, elephant, or praying mantis, you have already achieved knighthood. But if you are human, like me, then we have a long way to go to honor the female warriors who walked before us.

It is important that we support female-owned businesses like New Generation Martial Arts in Lexington, MA. Shihan LeMay opened her successful school 30 years ago and it is still thriving.

“Life is full of bloody noses, literally and figuratively,” she says. “As a martial artist, we have all the tools available to evolve, be flexible, and show up for our community.”

Another great way to honor our female ancestors is to share cultural representations of women warriors, like the ones mentioned above, with our daughters and granddaughters.

And we can always express our appreciation.Try sending a note to a woman in your life, thanking them for everything they have weathered to bring you here, today, reading this article. Wuwei, the art of doing and not doing. This is the Yin and Yang of it all.