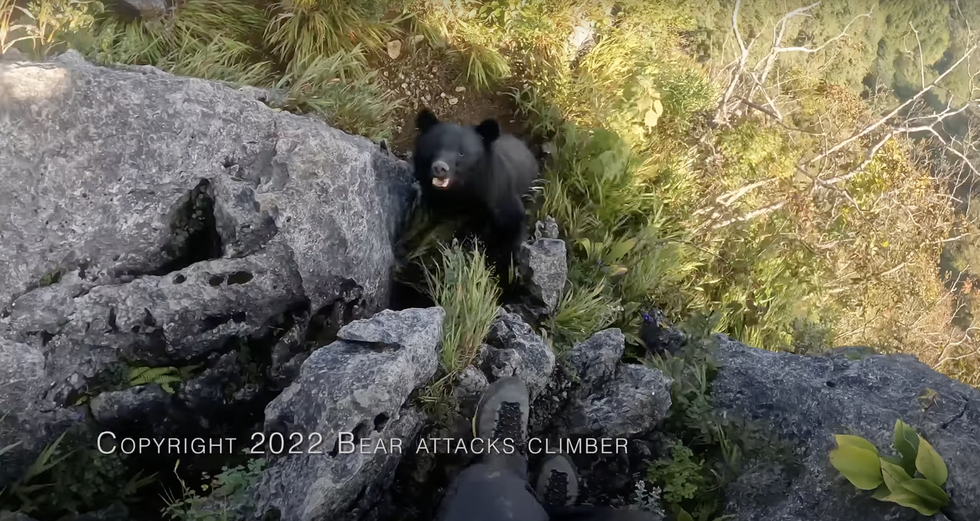 Multiple Media outlets have been reporting on some incredible video footage recently posted to Youtube of a mountain climber in Japan fighting off a bear. The climber, who hasn’t been identified, said he used martial arts to defend himself.

The video, recorded on a GoPro camera attached to the climber, shows him descending down some rocks when a black bear, apparently a mother protecting her cub, suddenly charges him from above. The climber is able to avoid the bear’s initial charge but it attempts to come back up the hillside at him at which point he begins to unload with some hammer fists and stomping front kicks as well as screams, all of which seem to discourage the bear from continuing its attack.

In his description of the attack, the Japanese climber wrote in English, “I defended myself with self-defense. I learned karate when I was a child, but I liked mixed martial arts now, so maybe I could use hammer fist instead of punches.”

He indicates the keys to defending himself besides hammer fists and front kicks were screaming and intimidating the animal.

Yet another reason to work on your kiai skills.