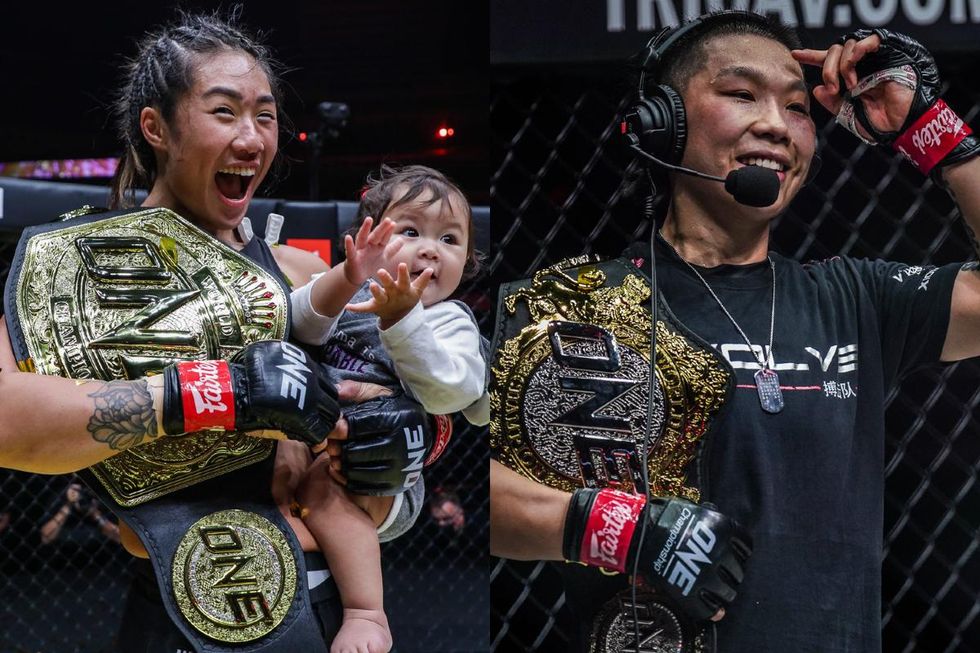 Angela Lee will attempt two-division glory once again at ONE on Prime Video 2: Xiong vs. Lee III on Friday, September 30, when she meets ONE Strawweight World Champion Xiong Jing Nan for the third time.

The series has been split with each woman failing to take the other’s gold. After a successful return to the ONE Championship Circle at ONE X, Lee is ready to move back up to take another crack at the strawweight queen.

And Lee has not been impressed with Xiong’s recent decision victories and sees it as an opportunity to upend the reigning titleholder.

“Her style, she’s a stand-up fighter, and she likes to touch people up on the feet and dance around. And then she usually tries to ramp up and tries to take people out, but sometimes she doesn’t get there. So I think part of it has to do with her style,” said Lee.

“Instead of proving to everyone that you’re the best of the best in the world, you’re just fighting not to lose. And I think that’s what you saw in the last previous fights from Xiong. But with that being said, as well, I do think that she’s going to hear that, she’s going to get angry, and she just knows that. And I think that she wants to make a statement in this fight. And she wants to prove to everyone that no, I’m still dangerous. I’m a killer. I’m a finisher.”

Knowing that Xiong will enter the Circle motivated to stop Lee from reaching history, Lee is not underestimating “The Panda.”

Following their first two bouts, Lee is confident that the difference in the trilogy will be her evolution as an athlete. According to Lee, as Xiong has battled to retain her gold, she has failed to keep pace in her evolution.

While earlier iterations may have been seen as a striker vs. grappler battle, Lee believes that classic matchup will not tell the tale of the trilogy.

With a focus on ending the action early, Lee is predicting a historic night as she becomes the first woman in ONE to capture two-division gold. “Unstoppable” has plans for a memorable night in “The Lion City.”

“I am so familiar with the Singapore Indoor Stadium, walking through those halls, and being in that environment, it’s very, very familiar so it feels right at home, and I know that I’ve gotten through this so many times. It’s going to be definitely an iconic moment on October 1,” said Lee.

Before atomweight queen Angela Lee challenges Xiong Jing Nan for the ONE Women’s Strawweight World Title in a massive trilogy fight on September 30, feast yo…