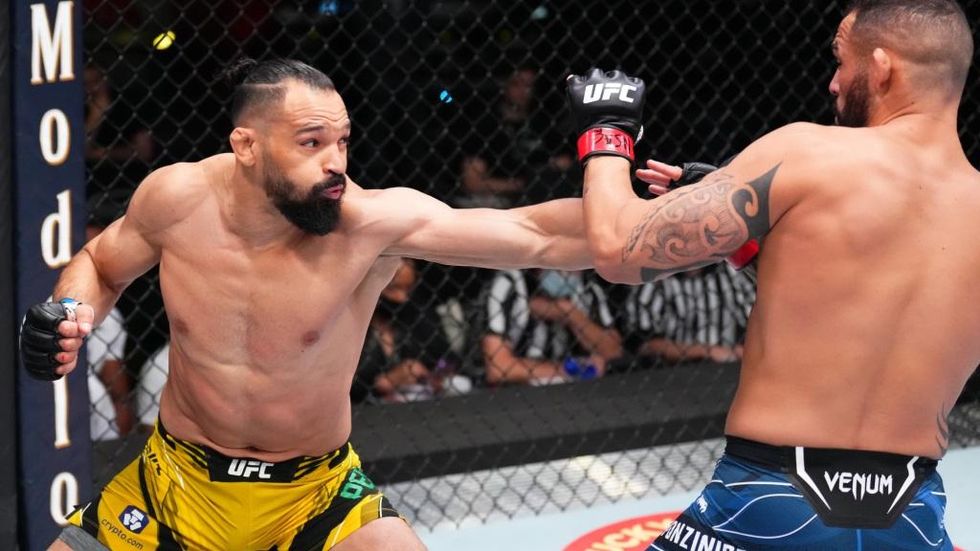 In a recent fight between Michel Pereira and Santiago Ponzinibbio, something became evident early. Both men have matured a great deal in their Mixed Martial Arts careers. No doubt many fans find tactics and strategy boring, but real attention shows that the higher a fighter climbs through the ranks, the more they have to improve in their abilities to mitigate risks and avoid damage. Everyone hopes of course this does not lead to a snoozefest like the recent title fight between Rose Namajunas and Carla Esparza. There is a happy medium in there somewhere, probably.

As the fight between Pereiea and Ponzinibbio progressed, the cumulative effect of the striking of each man became more and more apparent. The stats were telling the story that Santiago was having trouble with the distance he as a smaller man had to cover. Midway through round two Ponzinibbio had landed just 24% of his total strikes and Pereira 68% of his. However, it did not look like that if you were watching or happened to have the audio down. It seemed a fairly evenly matched fight even later in this same round as Santiago turned it up a bit. By the end of the fight, that gap was closed significantly.

There is no shortage of old adages about the fact that success is a journey (heck, that is one right there) and that the way to succeed is incremental rather than instant. Marathons and sprints and such seem to find their way into most athletic conversation. It might be surprising (and funny) that the classic, “Inch by inch it’s all a cinch, by the yard it’s hard” was not spoken or written by a legendary football coach or Mark Twain, but a romance novelist. It is no less appropriate in this context though. This fight was not the explosive, highlight reel type affair most hope to see. But it was a methodical, tactical, and for a real fight fan, exciting fight.

As they entered the third round, they both had urgency and threw to win. But still there was a real care and pro-level pacing from both men. Paul Felder commentating spoke of no wasted shots being thrown and the control of both men, and the question asked was, “who’s leading the dance?” This is the evidence of fighters who put in the time. It is not surprising that this effort would coincide with one of them being ranked and inching (yes, that just happened) toward title contention.

This fight served as a fantastic example of the need for growth in ability if one aspires to rise in the ranks of professional Mixed Martial Arts. There is both the need for a ‘fighter’ mentality where hunger and ‘who wants it more’ comes into play, but the need for measured, calculated, strategy cannot be abandoned. Self-control and risk-taking is a fine line to walk. It seems the ability of a fighter to recognize where they are on that line comes with time in the training room. Running the marathon of growth. Getting beaten in sparring. Getting tapped by superior grapplers. Getting bested time and again to find the areas where improvement is needed.

Of course, like many fights, Ponzinibbio and Pereira tried to find something in the tank at the end and as happens a lot – and why many fans love MMA – they entered the ‘dog fight’ stage at the end. At the end of the fight, it was not exactly clear who would get the decision. Both men gave a stellar account of their growth as Mixed Martial Artists. Both men maintained control, stayed in the fight, never wilted, never let their emotions take over – simply put, they fought a great fight.

It is left up to the reader to look into who was the victor. The lesson here was that the day to day effort – the inch by inch – might leave you bloodied and exhausted, but it will also ensure you leave with dignity.