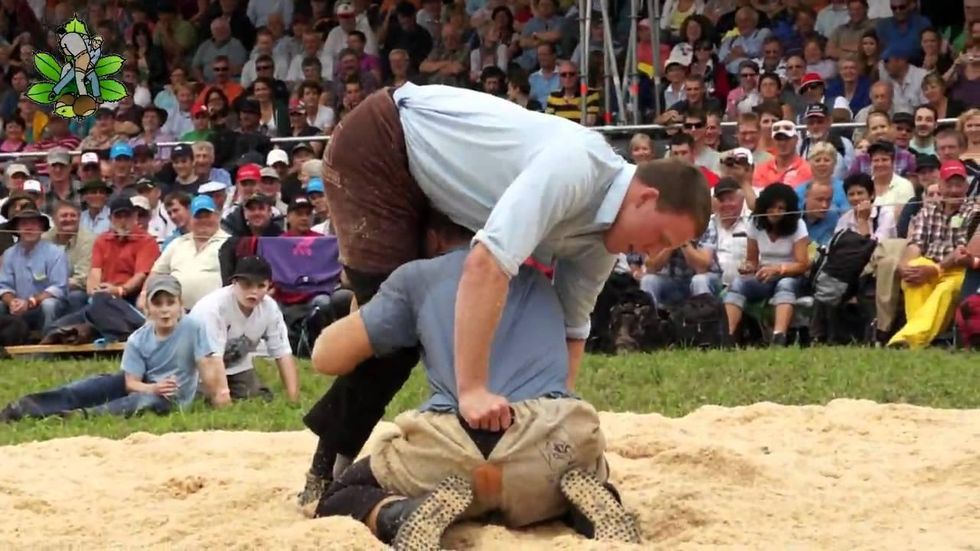 Joel Wicki captured the championship of Schwingen, the native Swiss wrestling art, at the national tournament held in Pratteln, Switzerland, Sunday defeating Matthias Aeschbacher in the finals of the two-day event. Contested only once every three years, the Federal Wrestling and Alpine Games Festival, AKA “Schwingfest,” attracted 274 wrestlers and an estimated 400,000 fans to this year’s event.

Something of a cross between sumo and freestyle wrestling, wrestlers wear outer briefs which are gripped by the opponent with the goal being to throw the other man on to his back so both shoulders touch the ground. The finals went nearly 13 minutes as the larger Aeschbacher powered Wicki down several times but couldn’t get him fully on to his back. Finally, Wicki attempted pull Aeschbacher forward and trip him but when the other man kept his balance, Wicki immediately shifted directions. He lifted Aeschbacher and took him backwards over his leg flat on to his back for the victory.