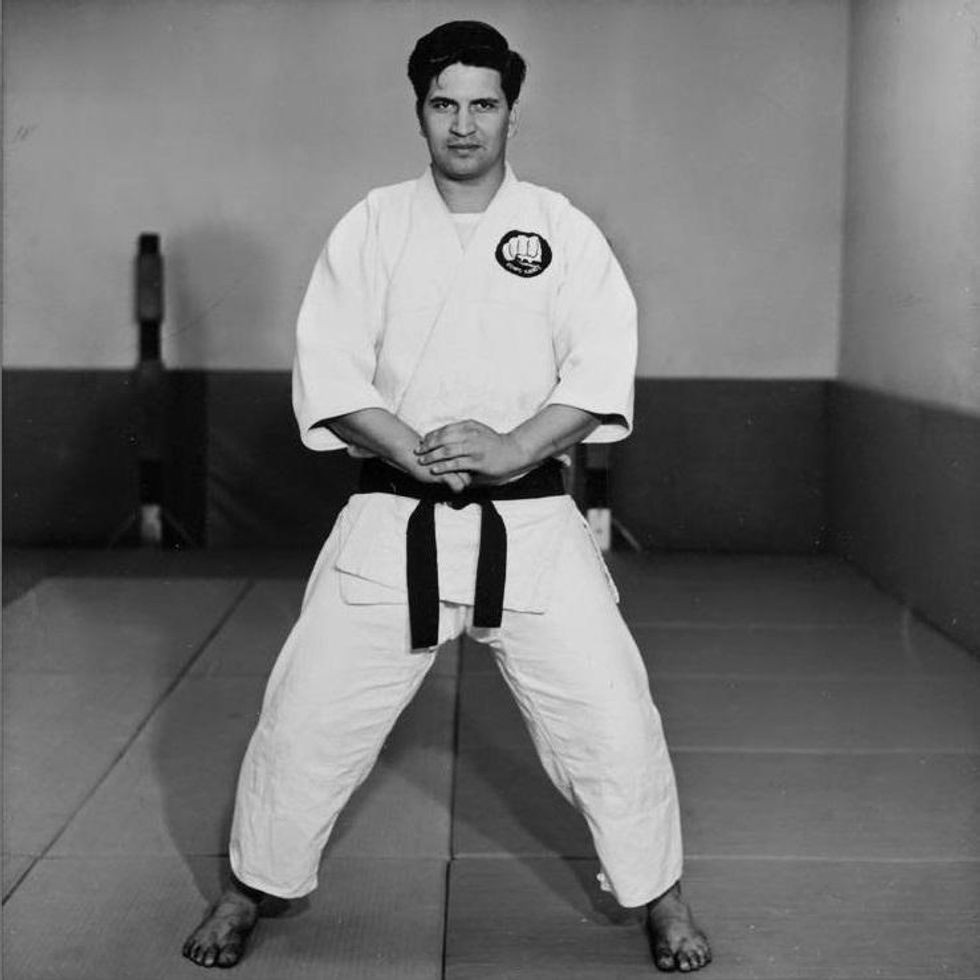 In Parts 1 & 2 of American Kenpo Origins Explored we worked our way from Master Ed Parker back to ancestors in the arts with evident ties to the Shaolin Monastery. Let’s take a moment to recap what we know so far.

Master Parker was influenced heavily by Lau Bun. Bun was heavily versed in the training systems of Southern Shaolin Kung Fu, primarily the five animal systems. Before Bun, Master Parker was instructed by William K.S. Chow who was taught Chuan Fa (Northern Shaolin Kung Fu) by his father. Chow also studied Karate among other arts at the time. Some say that Chow also studied under James M. Mitose; however, many believe this is not the case. For those that are curious of Mitose’s pedigree, there are claims that he trained under Master Choki Motobu. This claim is also a point of contention but worthy of mention due to the number of sources that claim it as fact.

Now that we’re all up so speed on the footnotes from Parts 1 & 2, let’s continue our journey back in time. No matter which of the masters mentioned, as we trace their roots, they all return back to the Shaolin Monastery from which many systems grew. Unfortunately, it’s not a simple one system went this way and one went that way. The creation and distribution of the Martial Arts knowledge has blended over time. Due to the continued waring, conquering and political affiliations of the different countries, the arts found their way and travelled from one territory to another. China to Okinawa to Japan to Korea and so on. It can become confusing as the same people and places are often referred to with different names and their contributions may vary in size, depending upon who’s telling the tale.

That said, let’s get back to digging into our past. Suppose we decide to walk down the controversial Mitose path once more, whether or not he was taught by Master Choki Motobu, it is believed that his family taught Shorinji-ryu, which is most likely a derivative of Shorin-ryu, as so many of the arts are. Shorin-ryu is an Okinawan art, but as mentioned before, there was a lot of back and forth of the arts due to proximity and political pressures. Among other arts that come from a base of Shorin-ryu are the very popular Okinawan Shotokan and Shinto-ryu. Additional arts that have Shorin-ryu influenced are Goji-ryu, Kobayashi-ryu and Uechi-ryu. All these styles have their ties to the Shaolin Temple as we look back to Shorin-ryu as their primary ancestral art.

As a side note to our study of Kenpo, now is a good time to note the Korean arts and the generally held belief of their origin being linked to Shotokan Karate. As previously mentioned, Shotokan is a derivative of Shorin-ryu. Consequently, the Korean arts, hold many similarities to the bulk of the Okinawan arts.

Now, back to American Kenpo. As we look at the more likely influence on American Kenpo by way of Chow’s father and Lau Bun, it also takes us to the Shaolin Temple, the birthplace of multiple Kung Fu systems. The origins of both Northern and Southern styles are traced back to the temple. This is how William K.S. Chow’s father (Northern) and Lau Bun’s (Southern) styles are both related to a common ancestor.

Even with common roots, many variations do present themselves as systems evolve. As a matter of practicality, the northern styles tend to be more acrobatic and kick-heavy. Whereas the southern styles tend to put more emphasis on the hands and solid stances. As we compare the heavy amount of hand work, the emphasis on stances and absence of high-flying kicks, it appears that American Kenpo is most heavily influenced by the Southern Shaolin Kung Fu systems. Amongst the southern styles are the popular five animals and others. According to Infinite Insights into Kenpo Volume 1 Mental Stimulation:

“The most well known southern systems were Hung, Liu, Ts’au (called Choy in Contonese), Li of Mo. Besides these five, there are also Fut, Wing Chaun Pai, Choy Li Fut Pai, Tong Long Pai (the mantis system) and Bak Hok Pai (the white crane system). All of these latter systems are also southern forms, some of which have found their way into the United States.” P15

These arts all share a common ancestor to the Okinawan arts but also contain the influence of Chinese boxing.

As we take yet another step back, we focus solely on the Shaolin Temple monks. One way or another, most of the arts we know and practice came through them. As the arts grew in the temple, they were influenced, and their training was advanced by the teachings of Yuen Fei and Chueh Yuan over the next hundreds of years. These men introduced additional exercises and expanded the techniques the monks were already employing.

The question then is, “Who started their training?” This leads us to the man most frequently credited with originating the arts: Tamo. He is also known as Bodhidharma and Daruma Daishi. The timing of when this began is debatable, but many observe 527 A.D. as the beginning of Tamo’s creation of the Martial Arts. He brought what he referred to as the 18 hand movements, the ultimate predecessor to Shaolin boxing. Other types of boxing had existed before Tamo, but his more wholistic approach is commonly thought of as the beginning of the Martial Arts.

Tamo brought a systematic approach to the monks as well as originating the pursuit of spiritual enlightenment through combat training. As we think about Martial Arts, we understand the arts are, most importantly, this combination of the physical and the spiritual. We all owe a great debt to Tamo and what he did to change the landscape for future generations of Martial Artists the world over.

Perhaps most importantly, we learn that no matter which art we study, we are of the same family. Not mentioned in this article are a multitude of other arts that are still, one way or another, linked to our shared ancestors. All of us, if we’re true to our art, are in the pursuit of spiritual enlightenment through the physical realm. It is with this understanding in mind, that we become aware as individuals we are all on the very same journey no matter our approach. Much respect to you as you continue to walk your path.