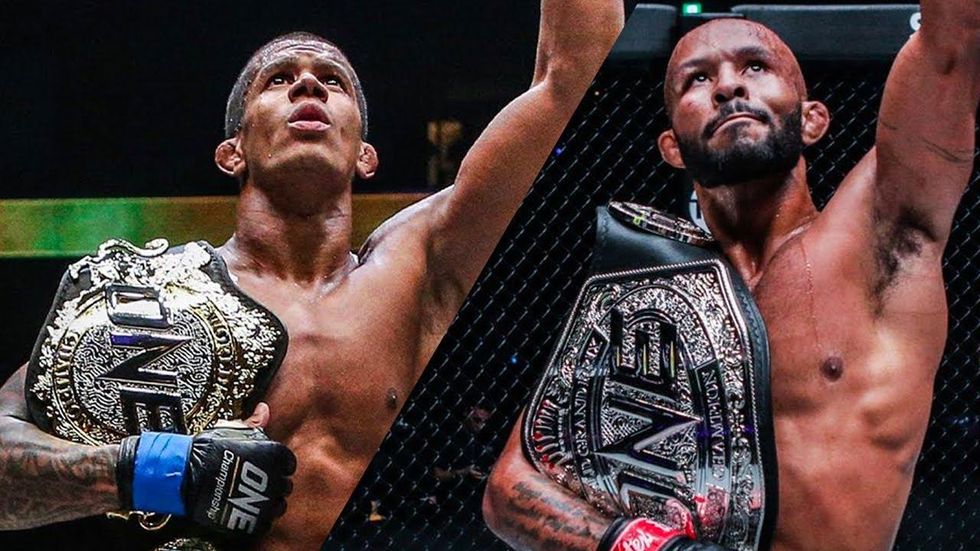 ONE Championship steps back into the spotlight with a spectacular doubleheader on August 26. Leading the charge will be a rematch between the two best flyweight talents on the planet at ONE on Prime Video 1: Moraes vs. Johnson II.

ONE Flyweight World Champion Adriano Moraes welcomes Demetrious Johnson back into the Circle for a second time. Their first meeting saw Moraes become the first man to knock Johnson out during his illustrious career.

But with Johnson being considered possibly the greatest mixed martial arts athlete of all time, the thoughts on the rematch are mixed — even from the stars of ONE itself.

“I kinda see this fight going the same way the first fight did. Moraes moving and pepper striking to set up traps and DJ with his fun, aggressive fighting style. Both guys giving it their all. I really like both guys, so I hope no one gets knocked out or subbed, just them two going to war for five rounds,” said Martin Nguyen.

“Adriano has an edge on this match-up because the KO will be at the back of DJ’s head,” said Aung La N Sang.

“This is fireworks all around. I believe this fight can really go either way, but I’m betting on DJ. After every loss, a great fighter like DJ always comes back better in every capacity,” said Jackie Buntan.

“I believe DJ will win in the rematch! He is coming back with a vengeance, and I believe he is the GOAT for a reason,” picked Colbey Northcutt Daniels.

But the Brazilian seems to be the odds-on favorite.

Although there is a sense of how close this match will be, most of the picks that came in were for the reigning flyweight king.

“Moraes, round 2, TKO. I feel that Moraes has more ways to finish the fight & his bigger frame will give him the advantage,” said ONE Atomweight World Champion Angela Lee.

“Tough one to pick. DJ now has a taste of what it’s like to stand toe to toe with the Champ, so he will adjust his game plan accordingly. However, Adriano is the Champion for a reason. His height and reach advantage will be tough for DJ. For that reason… AND STILL,” exclaimed ONE ring announcer Dom Lau.

“I originally was picking DJ winning because I know how it feels to come from a tough loss, and it fuels him to do better. However, I like Adriano’s style, and in their first bout, he was dominating. I think he has also fixed mistakes in the fight. He has a size and reach advantage. I think that was a big take in their fight and will for This fight. Also, DJ said I wasn’t legit, so I’m picking Moraes,” said Danielle Kelly.

And the picks kept rolling in for “Mikinho.”

“Adriano does it again. He has the perfect style for ONE Championship and can fight him anywhere,” predicted Renato Canuto.

“Adriano because of the larger shape and strength,” said Stamp Fairtex.

“Adriano. Winning once already, he will be going into the fight more confident knowing Demetrious can be stopped,” said John Wayne Parr.

It is not often that Johnson enters a match as the decided underdog, but that is how he will enter the Circle on Friday evening for ONE’s debut on Prime Video.

But anything could happen between these two elite talents, and there would be no surprise if Johnson could reclaim the flyweight mountain.

Mma news, One championship, One fc