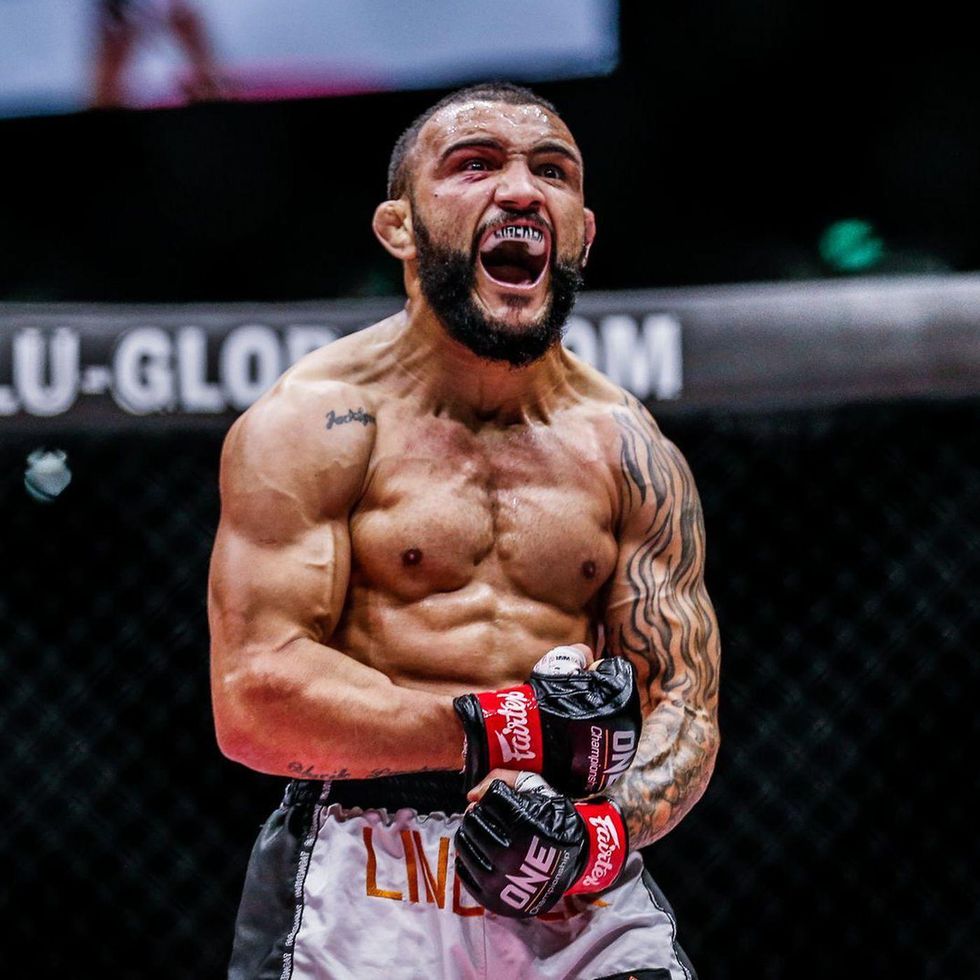 Now that he is at the top of the ONE Championship mountain, John Lineker wears the bullseye on his chest. But the ONE Bantamweight World Champion is not that impressed with one of his fastest-rising challengers, Fabricio Andrade.

The #2-ranked bantamweight contender made his push into title contention following at scorching first-round knockout over Kwon Won Il at ONE 158. The performance grabbed Lineker’s attention as the all-Brazilian title tilt became a possibility.

“To be very honest, I started to follow Fabrício just recently. What I saw in this fight [against Kwon] is that he knows how to focus. He managed to impose his strategy. I wasn’t impressed because he got a knockout. That can happen in [any] fight, especially between strikers. He’s a good fighter, but he didn’t impress me at all,” Lineker told ONE.

Andrade has been calling out Lineker for months, including calling him a chicken through social media.

The boisterous callouts do not bother Lineker, who simply hears it all as noise. The reigning bantamweight king believes it is not the way to promote yourself as a martial artist.

“I don’t care about that. I like to respond inside the cage, in my own way, kicking [expletive]. But if they (ONE) think he’s worthy to fight for the belt, I’ll educate him, for sure.”

Regardless of the pointed callouts from Andrade, Lineker knows the matchup could be electric inside the Circle.

The Brazilians are two of the most exciting athletes in the sport today, and against one another it could lead to not only a show-stealing bout but one for the ages as well.

“I believe it could be a great fight. A fight between two strikers is certainly very nice to see. It’s what fans like to watch, striking and punching all the time. If this fight against him happens, for sure, it will be a great show with a real chance of being ‘Fight of the Year,’” said Lineker.

While the bantamweight clash is not signed yet, Andrade may be in the cat bird’s seat for the next shot at the gold.

Only time will tell, but Lineker is ready for the challenge if it is what comes his way next.