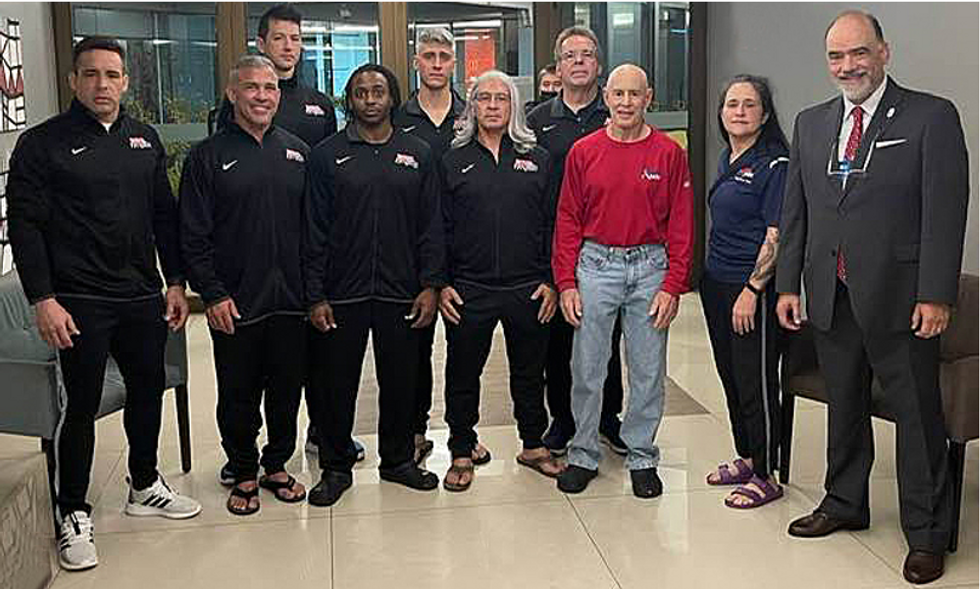 This past week my good friend Edgardo Rodriquez, JD, LL.M., 6th Dan who serves as a Federal Judge in Florida and studied judo in Puerto Rico with Cuban and Japanese teachers and in Spain, lead a veterans team for USA Judo at the Pan American Judo Veterans Championships in Brazil.

Ed is known as the American Goodwill Ambassador of Veterans Judo for his tireless devotion to supporting this movement always at his very own expense! He is an also a member of the Pan-American Judo Confederation Veterans Commission.

To begin with, my sincere heartfelt appreciation to Keith Bryant, USA Judo CEO, for his incredible support. He was so passionate about seeing this Team success, and he stood up for this Team from the very beginning.

We are so grateful to Keith for his unconditional support. Also, Austin Leath, Special Projects Coordinator, was superb and worked tirelessly in favor of our Team.

events held in Salvador Bahia, Brazil between May 11th to 15th, 2022. The Team was composed of these

Pamela Moye, athlete, F4, 57kg – Pam, from California, is a multi-talented judoka, who competes both in shiai and kata. Additionally, she is a skilled BBJ fighter. She attended the World Veterans Championships in Marrakech, Morocco.

Sandy North, athlete, M8, -66kg – Sandy, from South Florida, is our most experienced team fighter. He has medaled in multiple World Judo Veteran Championships as well as World Sambo Championships.

Gustavo Sánchez, athlete, M7, -73kg – Gustavo, from Tampa, Florida, is a highly experienced judoka who has medaled in many national and international events.

Jonathon Michaud, athlete, M3, -81kg – Jon, from San Mateo, California, is a strong, highly competitive player and that medals nationally, and performs very well internationally. He has great potential to make it to the top.

Kelvin Reynolds, M3, -73kg – Kelz, from Killeen, Texas, is a world class athlete. He is a national medalist and was very close to make the bronze at the 2021 World Judo Veterans Championships in Portugal. In Brazil he was dominant earning bronze in all three events, beating some of the best World players. He had an impressive performance, and greater results are awaiting him.

Miguel Diaz, M2, -90kg – Miguel, from Houston, Texas, is a shining star. A strong, talented judoka who is at the top of his game. He obtained a bronze medal, that should have been a gold, at the 2021 World Judo Veteran Championships in Portugal. His performance in Brazil was impressive, earning two silver medals

and a bronze, losing to a Brazilian Olympian alternate.

Gary Mursener-Gonzales, athlete, M2, -81kg – Gary, from Utah, had his debut at the international level. He fought like a true champion and showed a lot of heart and courage defeating a very tough Brazilian fighters.

The first event was the Pan American Judo Veterans Championships held Thursday, May 12, and Friday, May 13, 2022. The first day of competition covered categories from M6 and upward as well as female

Medalists were the following:

Although the event was far from being problem-free, at the end all Team USA members were happy and pleased that they made the trip. It was a growing experience for all of us.

Team USA did a fantastic job. The results for USA Judo were highly competitive. Team USA is now seeded at a much higher level. The Team competitors earned the respect of all the Pan American Judo community, especially of Brazil, one of the top Judo countries in the World. All the athletes behaved in a very dignified manner and put USA Judo’s name very high.

When we arrived, they looked at us in a much different manner than when the event was over. I think the perception changed. All of our team members were open minded, friendly, and they all showed good Judo. That in itself made us earn the respect of all athletes and officials.

As Coach and Team Manager, I can say nothing other than I am very proud of the job performed by each team member. We stayed together as a family, and it was delightful to work with each one of the athletes.

Travelling to Brazil was not an easy task. It was an 18-hour trip each way with layovers. But this is a passion and as judoka we are always willing to give it all. It’s no sacrifice because Judo fills our spirit. It was well worth it.

I have been able to establish alliances with countries with well-developed Veterans programs, and that are holding tournaments and training camps throughout the year like France and Spain. Having our athletes availing themselves of these opportunities would be beneficial for their growth.

As USA delegate to the Pan American Judo Veterans, I am in conversations to work in conjunction between many countries in the Americas. In addition to attending the Pan American Championships in Brazil, the Pan American Judo Confederation (PJC) summoned a meeting on Thursday, May 12, 2002. The meeting was attended by delegates from the USA (Ed Rodriguez), Canada (Michael Morgenroth), Brazil (Cristian Cezario), Chile (Rene Zapata), Argentina (Gustavo Valle), Uruguay (Perla Alonso), Ecuador (Juan C. Cuaical), Mexico (Justino Lopez), and the meeting was presided by PJC Sports Director Amadeu Dias de Moura (BRA).

We were encouraged to keep joint efforts to grow Veterans Judo in the Americas. They mentioned that next November 2022, Panama will be hosting the first Pan American Veterans Super Cup. They are still working on the dates, but it’s meant to be another major tournament for Pan American athletes. Also, Argentina will be hosting a Team Cup for Veterans Teams of different countries. No dates yet. I encouraged everyone to attend the U.S. Open Championships, and they will pass the word.

This is all very positive and I see a pattern of growth for the Judo Veterans.

We all know that the IJF implemented the term Veterans for athletes over 30 years. But I am also looking beyond the highly competitive level that we see in IJF events and other big international tournaments. We want to provide opportunities for older athletes with little to no competitive experience. I know many of them that would love to participate in events at their skill level. We want to find opportunities for them. It would also be wonderful if we could hold events for those busy black belts who can only train twice a week due to work and family commitments but who have no higher expectations such as winning an IJF event.

Judo is for all. I don’t want to see opportunities only limited to talented, extraordinary athletes. Everybody should be able to find their niche.

I greatly appreciate all the incredible support provided by USA Judo Special Projects Manager Austin Leath. Austin was extremely diligent and helpful 24/7. I am also very grateful to USA Judo CEO Keith Bryant, who closely monitored this mission and is so supportive of Judo Veterans. My appreciation to Veterans Commission Chairman Brad Daniels for keeping an eye on what was needed. A big thank you to Sensei Pat Burris, USA Judo Coach Director, for his continued support.

This concludes my report. Below are some photos from the events.

Buddy Meagley on the podium for his bronze

I just returned from Salvador Brazil where I Competed and won Bronze medal at the Pan American Veteran Championships. An integral and crucial part of my success is our USA Judo Coach Ed Rodriquez.

Besides the obvious high level judo competition mind guiding me from the side of the mat he brings a sense of calmness and guidance off the tatami.

Helping with transportation, registration and weigh ins allows us to focus solely on competition.

I consider Sensei Rodriquez to be one of the best. Judo is better because of him.

Thanks Ed for doing such a terrific job!

2023.02.02 0
John Lineker Planning To ‘Impose’ His Game Against Fabricio Andrade In February 24 Rematch

2023.02.02 0
DAMN! They Were Good: Celebrating the GOAT, Fedor Emelianenko, before the last walk of ‘The Last Emperor’ 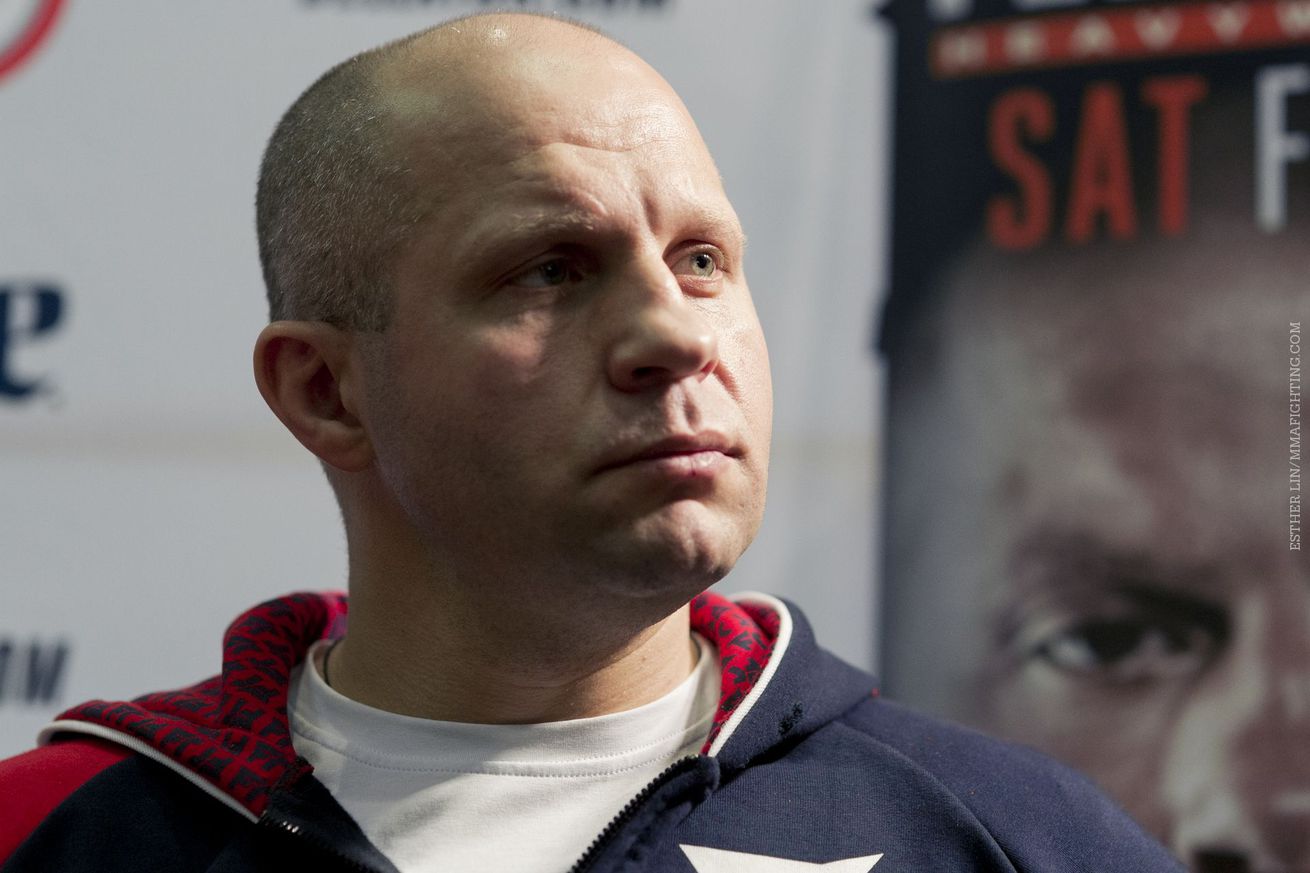 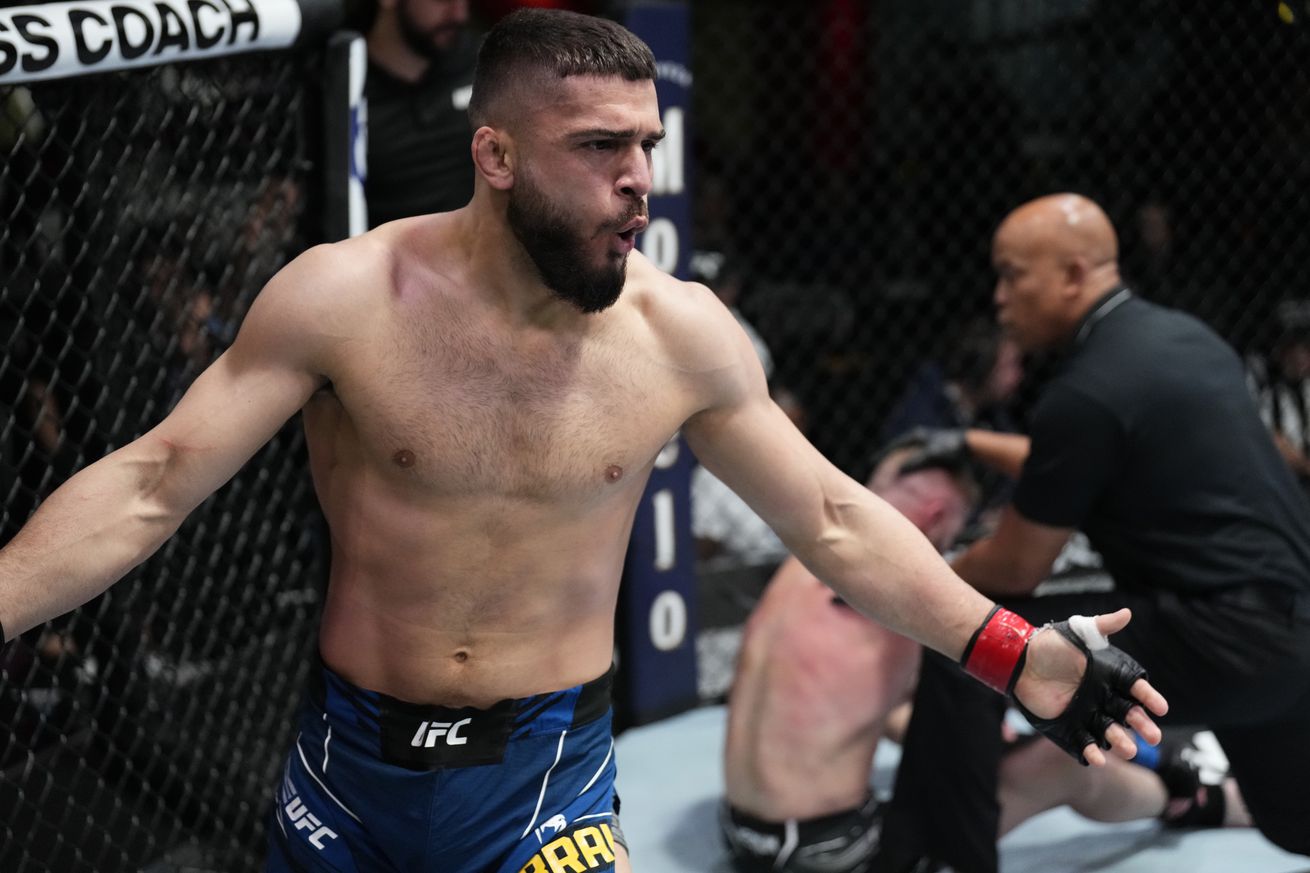