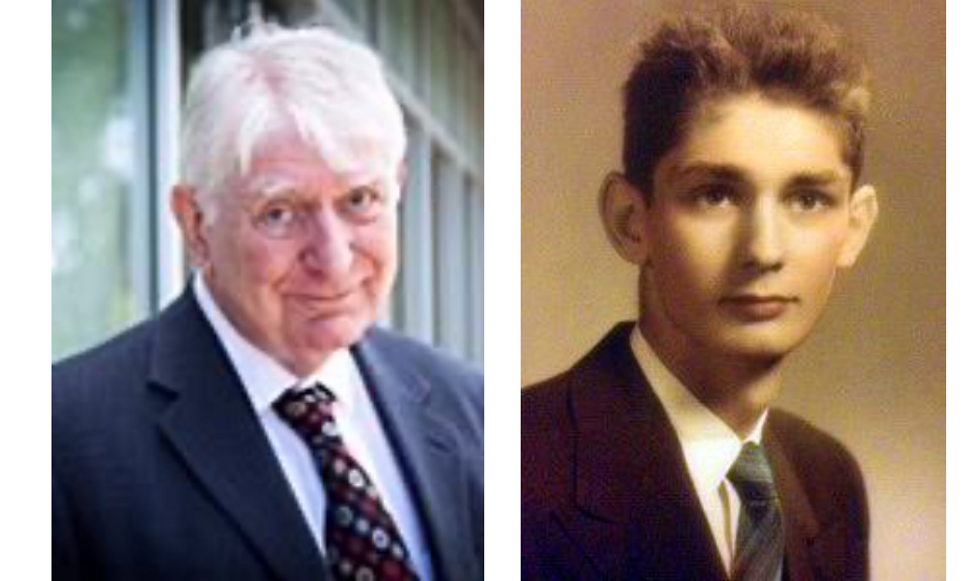 My friend and student Richard Riehle wrote this tribute about his early Sensei, which I wanted to share with readers of my blog. His original Sensei, Jim Troutman, while only a shodan (1st degree black belt) had a significant impact on Richard who has now been in Judo for 70 years. It shows the lifetime influence a Sensei can have on their students.

Jim Troutman was my first regular Sensei and I was his first student. This is his story as I recall it.

I had been fortunate to learn some Judo fundamentals during a short visit to San Francisco in 1952 when I was sixteen years old. After returning from that trip, I met Jim at a Judo demonstration by the Washington Judo Club (WJC) being presented at Albright College where Jim was a student. The WJC presenters were the late James Takemori (then a Shodan), Major Donn Draeger (Sandan), Kenzo Ueno (Sandan), and John Anderson (Ikkyu).

Jim had recently been discharged from the Marine Corps. He served most of his active duty time in Japan. During the early part of his USMC service he was in the San Diego area where he started Judo.

While in Japan, he continued his Judo training and earned his Shodan. He also learned more Judo than the physical aspects of the training. I was not aware at the time that I was learning, under his tutelage, more than that as well.

I also visited the WJC to participate in their tournaments, but usually alone. Jim and I usually met for training on Saturdays in the Albright College gym. At first, it was just the two of us. Later there were a few more. During that period, I also visited many other Judo venues in Philadelphia, New York City, Baltimore, and Washington. Still, Jim was my primary instructor.

In those early 1950’s, I never joined any official Judo organizations. I do not recall there being any. The only tournaments I knew about were held at the WJC. I competed whenever I could get there. With Jim and his other students, we focused on randori and standard Judo—O Soto Gari, Seoi Nage, and other basics. Sometimes Jim would demonstrate techniques from the NNK.

Jimwasalwaysamodestman. Hewasneverboastful,neversoughtattention. Healsoneverbecameone of our famous Judoka or found himself among the high-dan leaders in American Judo. Yet, from Jim Troutman, Shodan, I learned more about the spiritual and philosophical aspects of Judo than from many other of the prominent and famous Sensei in my seventy years of Judo.

Now in my ninth decade of life, I still practice Judo, though not as skillfully as I did. The lessons of gentleness and generosity I learned from my early Sensei are as important to an old man, perhaps more important, than they were to the young man from farm country trying to make sense of his future. In the decades that followed, those early lessons form a touchstone to help me find my center again.

In the dojo where I now teach and train, I am the old man with white hair, a belly, and a touch of arthritis that makes some moves more difficult. I can still do randori and execute some of my favorite nage waza. More important, I hope to pass on some of the lessons of judo in daily life that I learned from the many Sensei who have helped me over the years. I would hope that my legacy will be at least a small fraction of the legacy left to me by people such as Jim Troutman, James Takemori, Kenzo Uyeno, Takahiko Ishikawa, Takao Fujitani, Donn Draeger, and so many others. They have enriched my life with their wisdom, their patience, their often justified impatience, their concern for my progress, and most of all, their friendship.

Richard Riehle still active on the mat in his 80’s

Like Richard I’ve had the same experience which I’ve written about with my first Sensei the late Kyu Ha Kim. Mr. Kim (as we called him) was a giant in international judo and from the day we met he affected my lifetime devotion to judo.

But in the case of Richard Riehle, his first Sensei while not a judo giant, he had the same significant impact on him. So the lesson learned here is obvious; no matter how high or low of rank, as a Sensei we are the very first impression of judo to our brand new students. As such we must come to realize the importance of this responsibility to the future growth judo.

Hayward Nishioka and Jigoro Kano as educators understands this. In fact in Hayward’s Mini Dojo Program is focused on taking our youngest shodans and making them go out and spread judo at community centers, YMCAs, BJJ Schools, etc. This is what Mr. Kim did with me back in 1969 when he turned over a YMCA class he taught to me after I got my driver’s license. (Photo montage below)