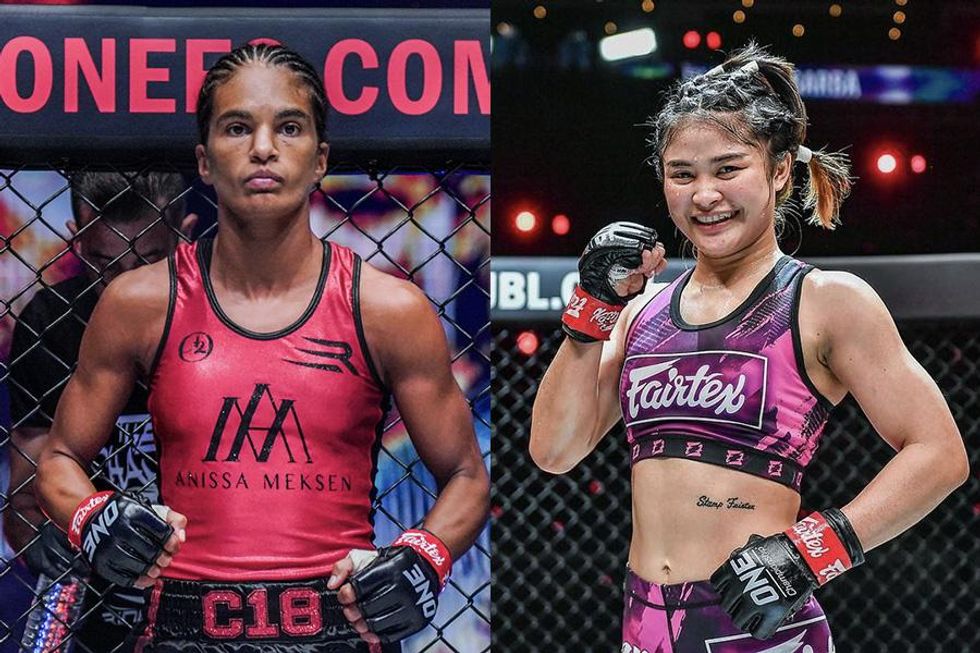 ONE Fight Night 6 on Prime Video is going to give ONE Championship an electric start to the new year on Friday, January 13. One of the key reasons is the mixed rules super-fight between Stamp Fairtex and Anissa Meksen.

The matchup is heating up outside of the Circle before the bell rings. The two stars have exchanged words in the lead-up to their highly-anticipated bout, and Meksen is still taking shots at the former two-sport World Champion.

“Before [Stamp] entered ONE Championship, I’m sorry to say it, but she was nothing. She had no title, no fame, and when she entered ONE, ONE built her, built her career,” Meksen told ONE.

“It’s not the same for me. I took everybody out [who was in] my way. I did not choose opponents, nothing. So we will see if she’s the bigger star.”

While both women have backgrounds in striking, Stamp’s work in mixed martial arts has shown her to be a complete martial artist. However, Meksen is telling the world that she is no slouch either with prior training in MMA herself. If true, the colossal showdown will be exciting throughout each alternating round.

“I trained in MMA in 2017, and after that, I trained in MMA for three years. Now, I just came back and my skills feel good. It was a little bit difficult to come back, but now I feel better and I feel comfortable,” said Meksen.

The pound-for-pound great is lauded for her hands, and for good reason. After winning titles all over the world, she arrived in ONE with a forceful debut in kickboxing. In her following contests, Meksen donned the four-ounce gloves for Muay Thai and continued terrorizing her opposition.

Beyond her training in mixed martial arts, Meksen tells of her background in judo. It could be critical to her success if she can combat Stamp’s grappling and keep the action on the feet. If Meksen showcases her judo, the world will be her oyster, and the French-Algerian could possibly begin to eye three-sport gold.

“I did judo for six years. Nobody knows that, but I have experience in judo and I work a lot on my wrestling. I’m ready for everything,” said Meksen.

“I trained hard in wrestling and in grappling. I have a good team. It doesn’t matter what happens. I will be ready for sure.”

Whether on the feet or the ground, Meksen has one goal. She wants to finish the Thai star and cement her legacy as the best pound-for-pound women’s combat sports athlete. All of her harsh words are setting expectations for a big performance. If she can back them up, Meksen will continue to grow her global star power.

ONE Fight Night 6: Superbon vs. Allazov airs live on Friday, January 13, on Prime Video at 8 p.m. EST/5 p.m. PST. The event is free for all Amazon Prime subscribers in the U.S. and Canada.