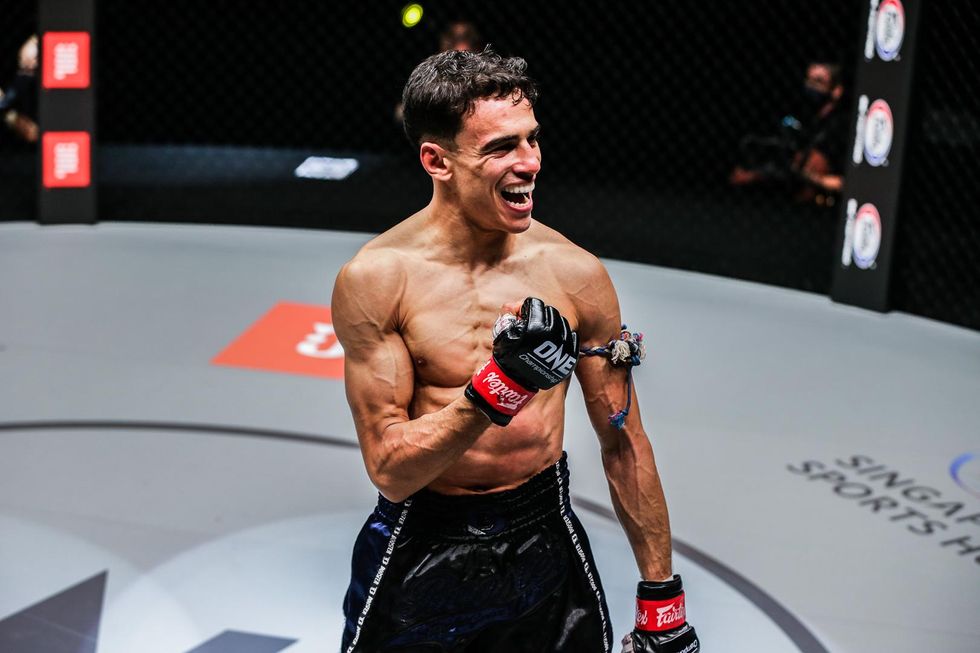 The card will also feature another champion vs. champion collision as ONE Flyweight World Champion Rodtang Jitmuangnon puts his gold on the line against the strawweight king, Joseph Lasiri.

But there is so much more on the card outside of the two title tilts.

To prepare for the upcoming card, here are three burning questions ahead of ONE on Prime Video 4.

Is Kiamrian Abbasov Too Big For Christian Lee?

Kiamrian Abbasov tried his hand at moving up to middleweight against Reinier De Ridder, and it did not go as planned. The length of De Ridder gave Abbasov problems, especially when the Dutchman forced the action to the mat. Will Lee have a similar issue with the size of Abbasov as he moves up in weight?

That is almost always the big question for the athlete moving up in weight. Lee had to answer those questions when he moved from featherweight to lightweight, but his body matured and filled out into lightweight. At 24 years old, Lee’s body is still undergoing that maturation process.

If Lee can match the strength of Abbasov, he could be a two-division World Champion at night’s end. Lee obviously has all of the technical pieces in place, but Abbasov is a formidable opponent for any man.

Abbasov has shown the grit of a champion before. Going into deep waters is not a threat to the Kyrgyz. The first round will tell the tale of if Lee can handle the physicality of the welterweight king. If so, fans could be in for a special five-round treat between two of the world’s best athletes.

Joseph Lasiri will have Rodtang Jitmuangnon’s respect from a technical perspective. But when the bell rings, can he get his respect with his power?

“The Iron Man” is known for his chin. Rodtang has a special ability to eat strikes as he pushes forward to deliver his own. With Lasiri moving up in weight to battle the ONE Flyweight World Champion, can he crack with the most dangerous man in Muay Thai?

It will be vital to his title bid. If Lasiri cannot tag Rodtang and make him realize he has to be careful, the Thai superstar will be given the green light to walk down the ONE Strawweight Muay Thai World Champion. If he wants to pull another title upset, Lasiri must exchange with Rodtang and land hard shots to grab his attention.

Rodtang will bring out the best in Lasiri, and he will also force him to bring the thunder. We will see just how loud Lasiri can crack on November 18.

Will Stephen Loman Put Bibiano Fernandes Out To Pasture?

Former ONE Bantamweight World Champion Bibiano Fernandes will return to the Circle for the first time since losing his belt against #5-ranked contender Stephen Loman. The matchup will be crucial in the divisional rankings, but it will also have a storyline surrounding the possibility of a change of the guard.

It is no secret that Fernandes is 42 years old. Could Loman be the man to finally usher him away from the top of the division?

Fernandes has remained one of the best pound-for-pound athletes for over a decade, and even in his title loss to John Lineker, the Brazilian looked strong. However, Father Time is undefeated and waits for no man. Loman could be the right man at the right time to signify a changing of eras by ousting Fernandes.

This matchup could define the bantamweight division’s next several years and be Loman’s signature victory. There is much at stake in a fantastic matchup of ranked bantamweight contenders.

ONE on Prime Video 4: Abbasov vs. Lee airs live at 8 p.m. EST/5 p.m. PST on Friday, November 18, from the Singapore Indoor Stadium. Tickets for the event are on sale now at Ticketmaster.