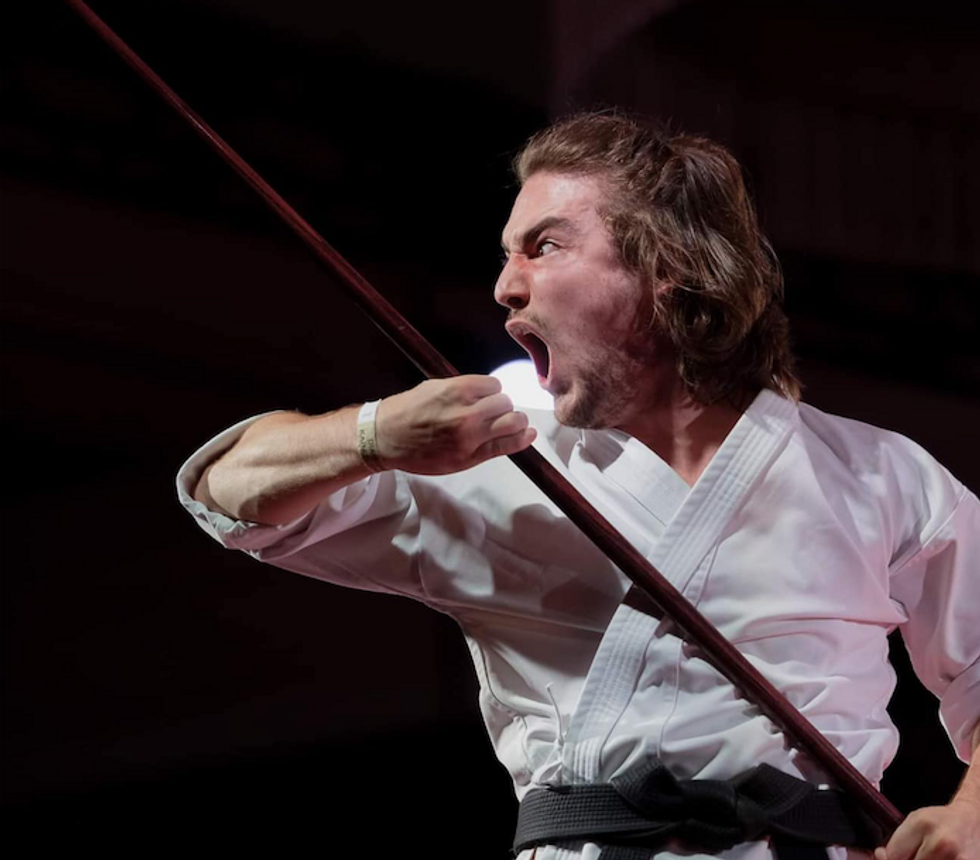 Black Belt Magazine’s world sport karate rankings have been updated once again following a few exciting months of sport martial arts action. This includes the WKC World Championships, the Bristol Open in WAKO, and the AmeriKick Internationals and Diamond Nationals in NASKA. If you would like to view the new rankings now, click here. Keep reading for highlights and analysis of the changes in the rankings!

Let’s begin with the adult forms and weapons divisions, where several diamond ring winners now hold the number one ranks. Alex Mancillas regained his throne in men’s CMX weapons by defending his diamond ring title from last year. ISKA world champion Jake Presley hangs on to the second spot, and Rashad Eugene moves up to third place following an overall grand championship win at the AmeriKick Internationals. Speaking of Jake Presley, his defense of a diamond ring in the traditional weapons category helps him maintain the top spot there. As for the women, Haley Glass defended BOTH of her diamond rings in women’s forms and weapons, and she is the queen of the Black Belt Magazine Rankings in traditional weapons, CMX weapons, and CMX forms. The only other division for the adult women’s forms and weapons is traditional forms, where Gabrielle Rudolph holds on to her top spot. That leaves the men’s forms categories, in which Mason Stowell’s remarkable performances earlier in the season enable him to remain on top with diamond ring winner Joey Castro very close behind, and Salef Celiz holds the top spot in CMX after a diamond ring-worthy performance that included a homage to Micah Karns.

Moving on to the adult fighting divisions, Bailey Murphy remains the king of the lightweights as the overall grand champion for both the AmeriKick Internationals and Diamond Nationals. Close behind him in the second and third slots are Tyreeke Saint and Tyson Wray. Tyreeke defeated Tyson head-to-head at the U.S. Capitol Classics, Tyson responded with a head-to-head win at the AmeriKick Internationals, and Tyreeke advanced to the finals at Diamond in Tyson’s absence, giving Tyreeke the edge. Balint Marin and De Vita Simone make their way into the top five for their divisional wins at the Bristol Open.

The heavyweight and open weight divisions presented some challenges for the committee due to varying activity levels of the top fighters. Kameren Dawson remains in the number one spot due to his overall grand championship performances earlier this season and a stellar record in the heavyweight division overall, but a prolonged period of inactivity could influence his ranking in the future. Elijah Everill, who participated in the heavyweight side of the bracket at the Ocean State Grand Nationals and won the overall grand, remains considered a heavyweight for now. He currently sits at the number two spot due to the nature of the rankings and a lack of head-to-head matchups with Kameren Dawson, but the committee recognizes that he is arguably the best fighter in the world right now and that is why he is the top-ranked competitor in open weight. The rest of the heavyweight standings include U.S. Open champion Avery Plowden, diamond ring winner Kristhian Rivas, and AmeriKick Internationals winner Brandon Ballou. Trailing Everill in the open weight category are the lightweight #1 Bailey Murphy, AmeriKick WAKO Open Weight Challenge winner Darren Payne, Bristol Open runner-up Riccardo Albanese, and the always formidable Avery Plowden.

The women’s point fighting division is still led by Morgan Plowden, who has been dominant when active. A new number two exists in Evelyn Neyens, whose win at the Bristol Open and clutch performance against Ki’Tana Everett in the Virtual Fight Tour event elevated her to this rank. Ki’Tana Everett sits strongly at three, and she is followed by newly-crowned diamond ring winner Jimena Janeiro. The fifth spot features a tie between Melanie Ortiz and Anne-Sara Cayer after their dominant performances at the U.S. Open and U.S. Capitol Classics, respectively.

That does it for an overview of the 18-29 adult divisions, but there is so much more in the full rankings! Be sure to check out the official rankings page to view the senior, junior, youth, and team divisions. Black Belt Magazine hopes that these rankings continue to put sport karate athletes on a pedestal for the broader martial arts community to appreciate, as well as fostering positive discussion about the world of sport karate and its amazing athletes.

Special thanks to Lindsey Little Photography for the image used at the top of the article. Please support her Facebook page here.