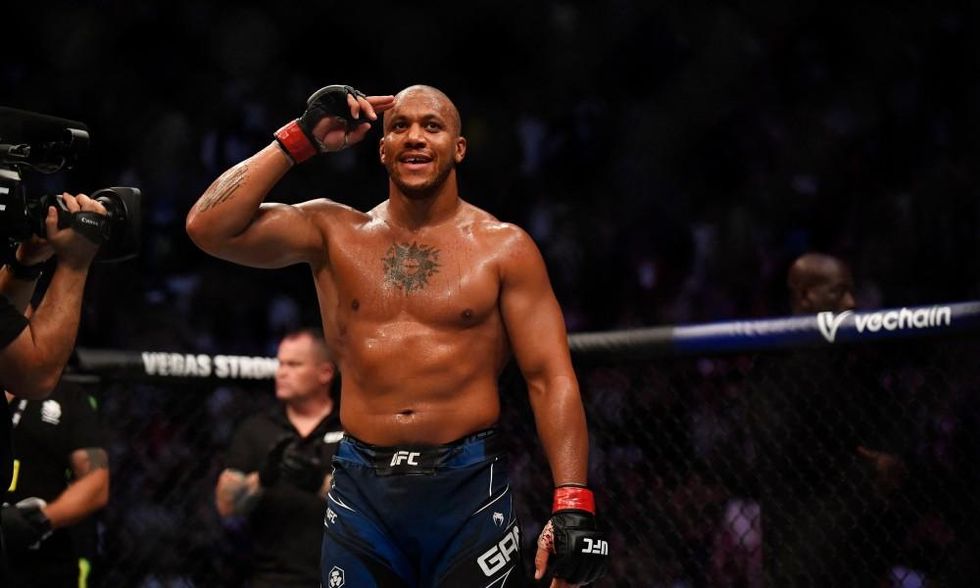 Fighting in his hometown of Paris, France, Ciryl Gane survived a second round knockdown to stop Tai Tuivasa in the third round of their UFC Fight Night heavyweight main event Saturday. The match-up of top contenders saw Gane use his nimble footwork to keep the first round on the outside controlling range with his jab and some kicks as Tuivasa had trouble closing the distance.

The second frame saw more of the same with Gane beginning to throw harder shots that bloodied Tuivasa. But two-thirds of the way through the round, Tuivasa unloaded a clubbing right hand that dropped Gane. Though he rose quickly, a few more rights seemed to have Gane in real trouble when he suddenly returned fire with a couple of body kicks followed by some knees that hurt Tuivasa downstairs. Gane continued with the body assault in the third mixing in a high roundhouse kick that wobbled his opponent. The end came as Tuivasa charged in on Gane toward the end of the round only to eat a right hand that hurt him badly. A flurry of punches from Gane quickly finished him.

In one of the more stacked Fight Night cards in memory, the co-main event saw Robert Whittaker win a battle of top middleweights outclassing Marvin Vettori by unanimous decision.