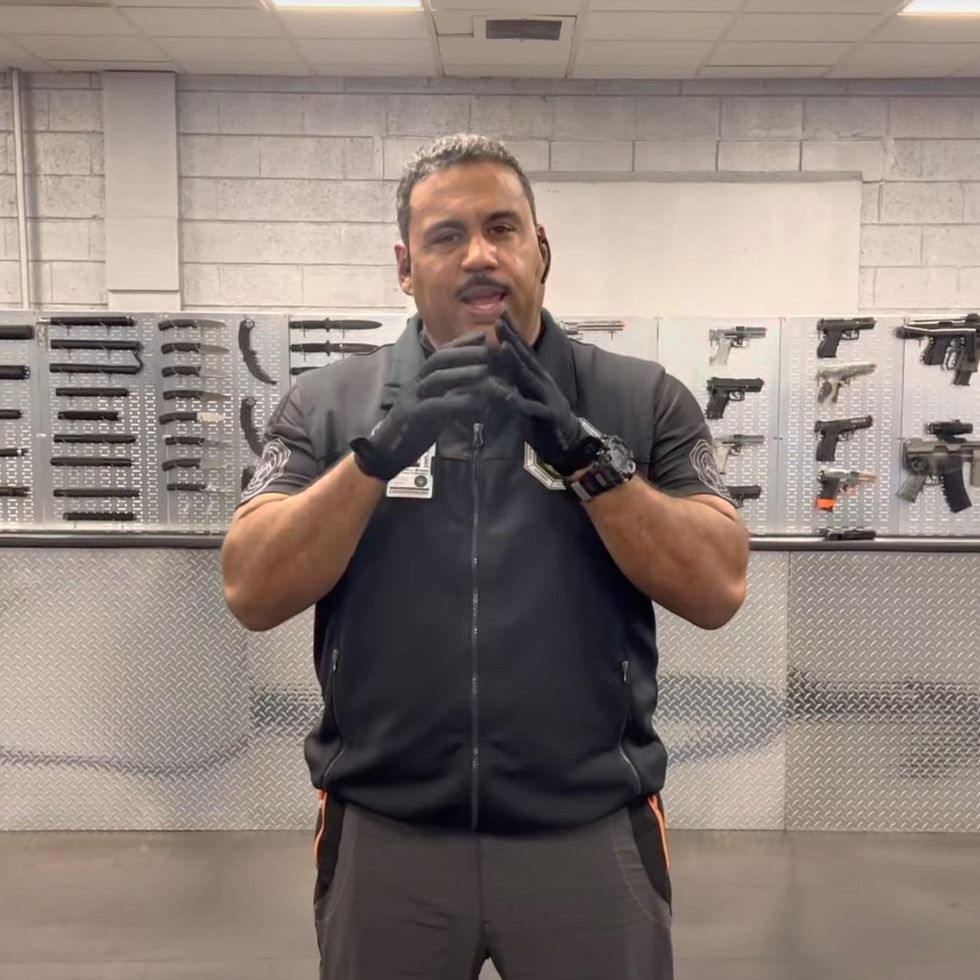 If you googled the term self-defense, you’d likely run across a guy named Commander Dale Brown. Brown is the founder of the Detroit Threat Management Center and Detroit Urban Survival Training, or D.U.S.T for short. He classifies himself as an expert in self-defense and tactics.

His viral videos on threat management and self-defense tactics have blown up all over social media over the past 9 months, but many question Brown’s motive. Is Brown’s training system rooted in real-world techniques designed to save lives, or is he just another internet genius trolling us all?

Dale Brown is a licensed private investigator, Army veteran airborne paratrooper, and self-certified self-defense expert. He created the Detroit Threat Management Center and D.U.S.T in 1994. Brown stated on Fox 2 News Detroit that his system centered around a non-violent approach. “We do that through a system we call technical psychology.” Brown said.

“What we teach in general is how to be your own bodyguard.” “The way we emphasize that is through non-violence and through the use of deterrence, detection, and defense strategies.” He added.

In 1995 he began working with the Detroit police department, teaching them his self-defense and threat management system. On his website, he claimed that in the areas where his system was implemented, violent crime decreased by 90%, and home invasions and murders hit record lows.

Brown didn’t achieve viral success on his own. The self-defense videos on his Instagram account were uploaded on Tik Tok by a user who thought the videos were comical.

The videos received millions of views, with detractors claiming that Brown’s techniques were unrealistic and dangerous to try in a real life or death situation. Celebrities and other self-defense gurus have openly criticized Brown’s system,while content creators continuously make memes and recreate his content poking fun at the techniques shown.

All this attention seems to be working for and against him. He’s getting more attention, but most of the people who follow him believe he’s a joke and a fraud. All of Brown’s training footage is done in a controlled environment making it even more difficult to believe if his system would actually work in real life.

His training videos are similar to action movies where bad guys 2 and 3 stand around waiting for bad guy number 1 to go down before they attack.

So, is Commander Dale Brown a real self-defense guru, an internet genius, or just a fraud? That answer depends on who you ask. Personally speaking, some of Brown’s videos are pretty funny, especially this one on how not to get shot again.

Making a video on disarming a gunman after getting shot at point blank range in the chest is pretty silly. But to his point,getting shot twice is incredibly worse than being shot once.

With such content coming from Brown, it’s no wonder why he’s been getting the side-eye from viewers. These claims are extreme, to say the least, and his delivery is equally as extreme. His survival training methods like this one look like something out of a Steven Seagal film. Any technique that seems likely to result in death will be highly criticized.

Brown has found clever ways to fire back at criticism, giving naysayers a bit of their own medicine. Brown even appeared alongside Master Ken, a satirical martial artist, fueling the rumors that he is more of a troll, and internet genius, rather than a self-defense guru. Was Brown’s agreement to the collab with Master Ken for fun or to make fun of us? In any case, the video was classic!

Famed Navy Seal Jocko Willink and MMA legend Bas Rutten are some of Brown’s biggest critics, saying his methods are both reckless and make-believe. “Guys like that get people killed,” Rutten said in an MMA fighting interview with Ariel Helwani.

Throughout Brown’s interviews and videos, his message has remained the same: increase your survivability. There is a Bible verse in Mark 1:6 that says, “It’s not the messenger, it’s the message.” A person with the right message, regardless of how they deliver it, is hard to ignore.

Dale Brown deserves the benefit of the doubt in my opinion. Despite his over-the-top videos, I believe he genuinely wants to increase survivability in his community. That being said, another question is, does he teach a false sense of confidence? That’s also hard to say. What can be said is that he’s increasing self-defense awareness, and that’s a good thing in today’s world.

If his videos inspire someone to seek training from a real professional in their area, it’s a positive thing. Being trained in a real martial art or self-defense center will increase a person’s confidence and increase survivability. That’s a win for the individual in my book.