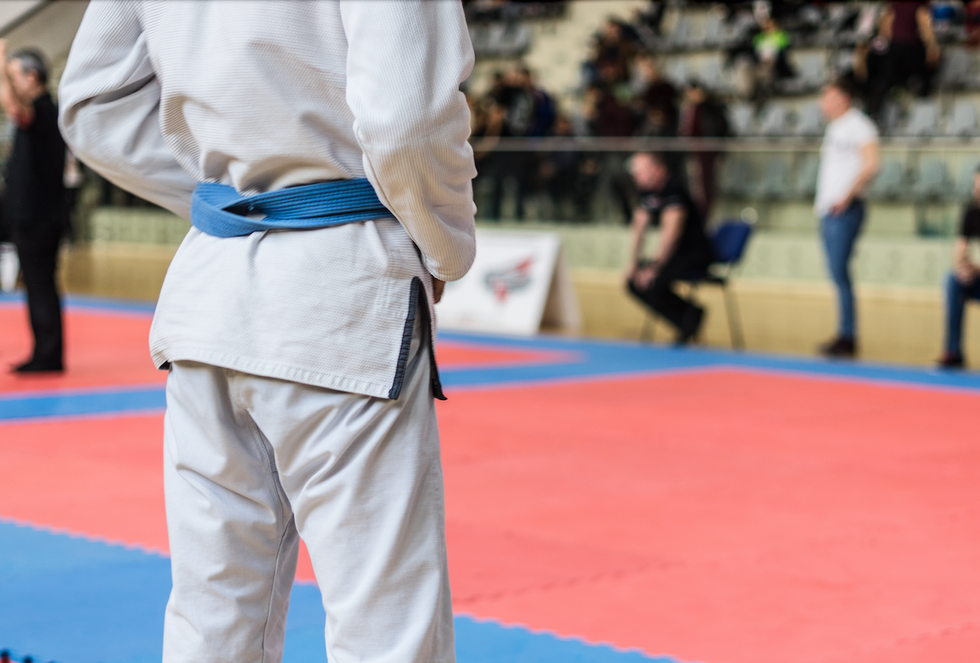 Sandbagger. Every gym has at least one. I’m sure you think of a particular person in your gym when the word is mentioned. The term is used a lot in Brazilian jiu-jitsu, especially among competitors. It’s also not likely to be used as a compliment. It gets thrown around here and there, even when it doesn’t necessarily apply.

What Does Sandbagging Mean?

These are all questions that can arise from people who are new to the jiu-jitsu scene, and it’s time everyone got a solid definition of what the word really means.

“Sandbagging” and “sandbagger” are terms used to describe someone who is sitting at the same belt level for a significant period of time. They also can refer to someone who is held back from a promotion despite winning tournaments that prove the person is ready for the next belt.

How Does Sandbagging Happen?

It can happen for several reasons. In fact, there are so many that no one could tell you all of them. It’s important to realize that a BJJ promotion occurs only when your professor or coach decides you’re ready for your next belt, and different coaches conduct their promotions in different ways.

In BJJ, there is no worldwide standard for promotions. Your jiu-jitsu lineage makes a big difference, and often you get promoted differently if you’re a competitor or a recreational practitioner. Additionally, some gyms promote students based on attendance, some based on improvement and attitude, and others based on the amount of time students have had their belt.

It’s necessary to keep in mind that teammates and competitors can’t just choose which belt to wear, so they should not be picked on or criticized if they’ve had their belt longer than what you think is appropriate. Ultimately, it’s the coach’s decision.

Thirty or more years ago in some lineages, if a student asked for a belt, it was common for the teacher to hold back the student an additional two years just for asking. Today, it is still uncouth to ask to be promoted, and many coaches will hold you back longer for it.

Sandbagging Is Not Always Bad

That said, sometimes holding back a student from a promotion can be necessary. The student might have stopped training at some point due to injury, work or another life event. Or the person could be stuck at the same belt because of age. A good example of this is AOJ’s Cole Abate.

There’s no doubt the 17-year-old prodigy has made quite a name for himself. Beating high-level black belts while still a blue belt can stir up a lot of drama in the jiu-jitsu world. Many call Cole Abate a sandbagger and unfairly judge the decision of Prof. Guilherme Mendes and Prof. Rafael Mendes — aka the Mendes brothers — to keep him at the same belt.

These people fail to consider that if his teachers were to promote Cole Abate to purple belt, he would no longer be allowed to compete through the IBJJF because there is no juvenile purple-belt division.

Is it fair for them to take away more opportunities for Cole Abate at such a young age strictly because he’s proved that he’s better than so many people? Not at all. As previously mentioned, this is a perfect example of how sandbagging can be appropriate.

The beauty of BJJ is that everyone is on the same journey. However, we’re all taking different roads. Some people might take longer, while others might follow a shorter path.

In the end, everyone deserves the privilege of enjoying their journey to wherever their path leads. Support one another, and don’t be quick to judge if someone is taking longer than you are. Your road may be shorter, but that doesn’t make you any better than anyone else.