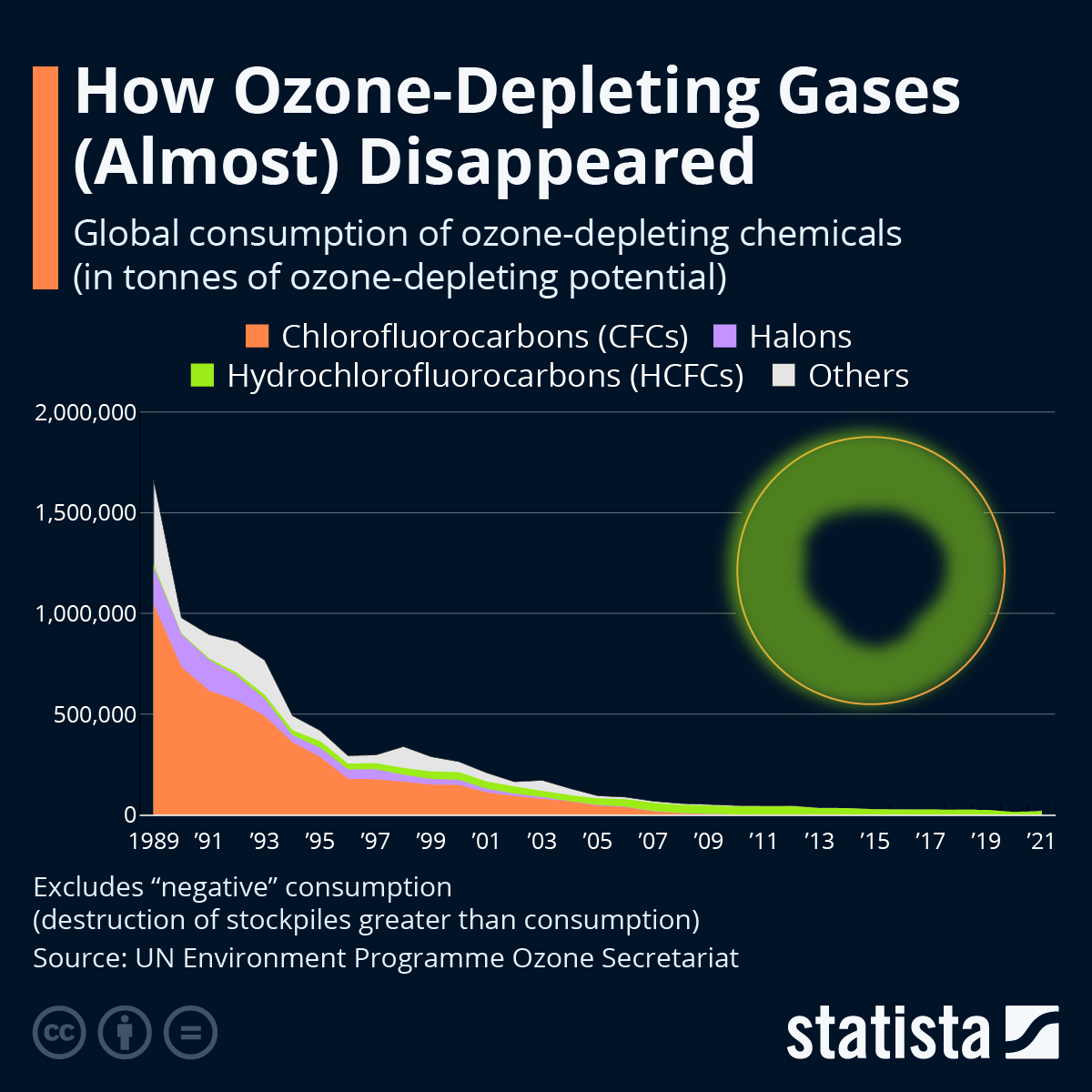 According to an expert assessment released last week, the hole in the ozone layer is expected to close completely over the upcoming decades.

As Statista’s Katharina Buchholz reports, the layer in the world’s stratosphere containing a high concentration of ozone had ruptured every year since the 1980s due to harmful chemicals being released into the air and depleting the atmosphere’s naturally occurring ozone. Striking a hopeful note for the successes possible in environmental and climate conservation, the phase-out of substances like CFCs are expected to reverse the damage done.

The UN Ozone Secretariat supplies data on the annual global consumption of ozone-depleting substances and how their use decreased since the end of the 1980s.

CFCs (Chlorofluorocarbons) and halons had been the single most consumed ozone-depleting gases some decades ago and were used in aerosols and fire extinguishers or as refrigerants and solvents. Their use has all but been phased out. The use of other ozone-harming gases has also been cut down to a minimum. The exception are Hydrochlorofluorocarbons (HCFCs), which have been employed as a bridge technology to phase out more harmful sustances faster. They are still used today but due to their shorter lifespan in the atmosphere do much less harm. The substances are scheduled for a complete phase-out by 2030. Another substitute for ozone-harming gases – Hydrofluorocarbons (HFCs) – do not have an effect on the ozone layer. However, their emissions from the use in air conditioning, insulation and refrigeration are many times as potent as CO₂ emissions in warming the global climate.

The ozone hole over the Antarctic varies in size each year but has been growing smaller lately. Under current scenarios, the ozone layer is expected to be restored to its 1980 condition by 2066 at the latest.