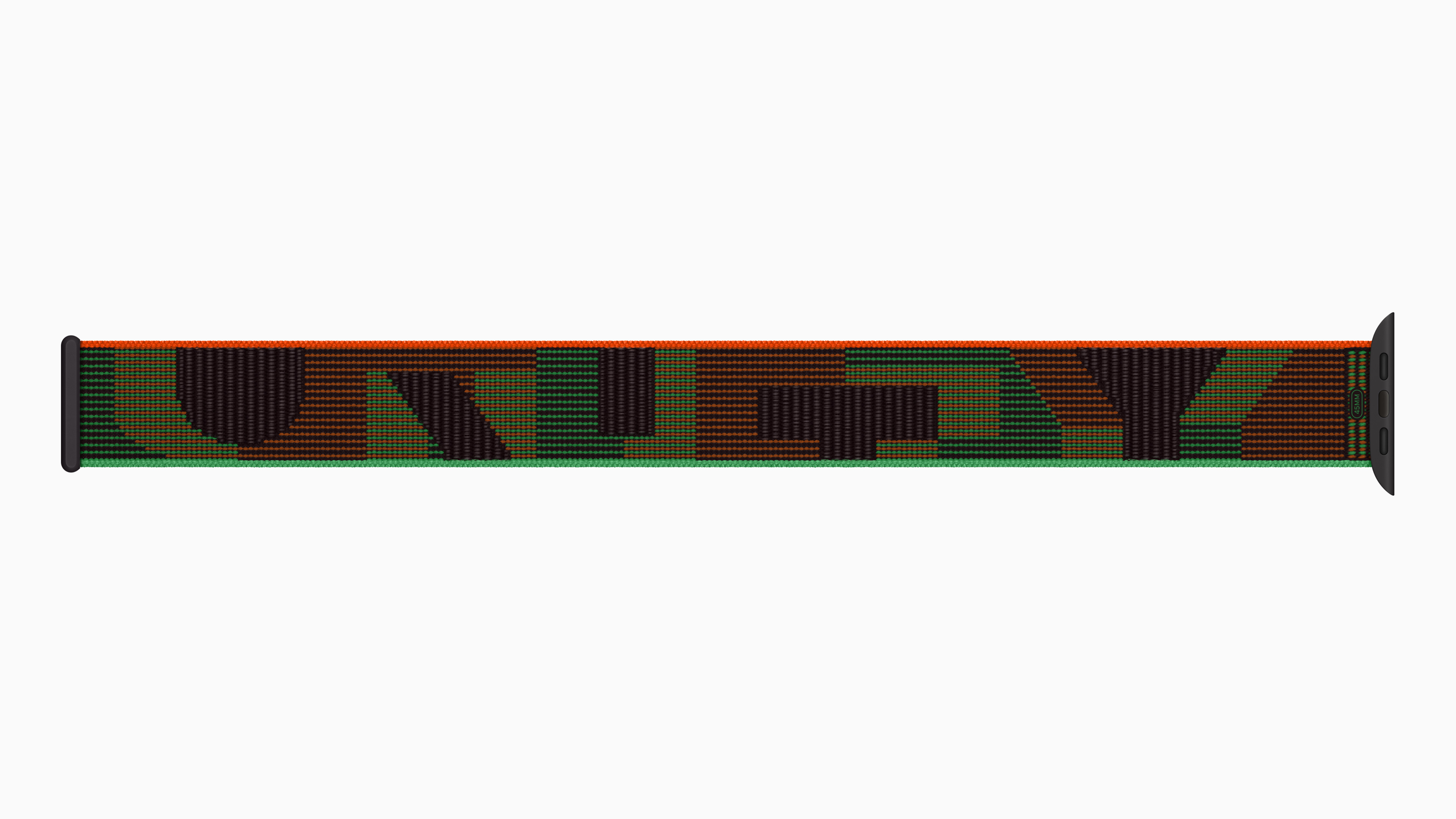 The band comes as part of Apple’s wider commemoration of Black History Month, where the company plans to highlight curated content celebrating Black culture and community.The Black Unity Sport Loop features the word “Unity” woven abstractly into the band using red, green, and black yarns that pay homage to the Pan-African flag, while a unique layering of yarns lends a sense of three-dimensionality to the letters. Additionally, the Unity Mosaic watch face incorporates geometric shapes in green, black, red, and yellow, and as the minutes change, each number uses pieces of other numbers to morph into new forms. iPhone users can also show their support with the new Unity wallpaper for their Lock Screen.The Black Unity Sport Loop is now available to order on apple.com and in the Apple Store app for $49, and will be available in select ‌Apple Store‌ locations beginning January 24. The band is available in 41mm and 45mm sizes.

The Unity 2023 watch face and Unity iPhone wallpaper will be available next week as part of watchOS 9.3 and iOS 16.3.