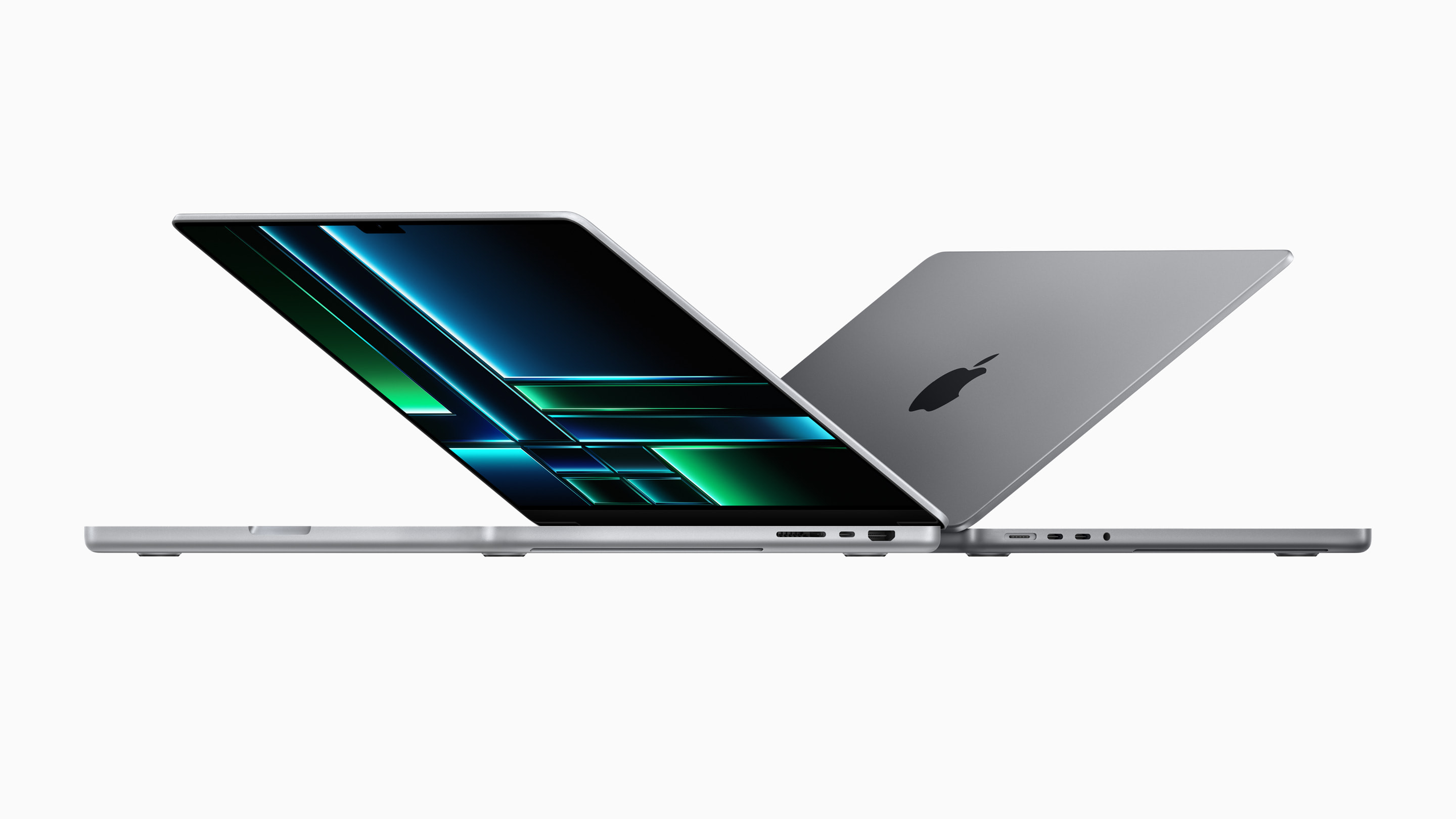 The new M2 Pro chip features a 10-core or 12-core CPU and offers up to 20% faster performance than the M1 Pro chip, according to Apple. The chip also has up to a 19-core GPU that delivers up to 30% more graphics performance, while the Neural Engine is 40% faster.

The higher-end M2 Max chip has an improved 12-core CPU with up to eight high-performance and four high-efficiency cores and delivers up to 20% faster performance than the M1 Max chip, and it has up to a 38-core GPU, according to Apple. With the M2 Max chip, the new MacBook Pro is now up to 6x faster than the fastest Intel-based MacBook Pro.

The new MacBook Pro models support Wi-Fi 6E, which allows for faster wireless connectivity and lower latency over the 6GHz band. The previous 14-inch and 16-inch MacBook Pro models were limited to Wi-Fi 6, which operates over the 2.4GHz and 5GHz bands.

The new MacBook Pro models have the same design as the previous generation, including a notch in the display, an all-black keyboard housing, three Thunderbolt 4 ports, an HDMI port, an SD card slot, a 3.5mm headphone jack, and MagSafe 3 for charging.