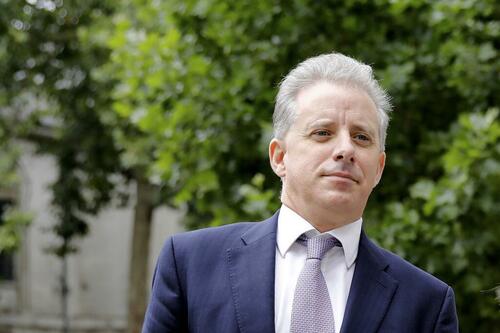 Destroying American Democracy – An Inside Job

Authored by Pete Hoekstra via The Gatestone Institute,

Over the last few years, there has been much written about the destruction of American democracy. Frequently the threat has been of alleged interference in U.S. elections by Russia, China or other state actors. Government agencies, the name of election integrity, were assigned to identify and disrupt these foreign intrusions. As more and more information is revealed about these agencies, it seems that America’s Intelligence Community participated in these activities domestically, and in a way that poses a grave threat to both election integrity and American democracy.

Just last week it was revealed that the FBI again withheld pertinent information from the American public, for past two months, until after the November 8, 2022 federal election. As with the Bureau’s reported cover-up of evidence influence-peddling reportedly found on Hunter Biden’s laptop, agents knew, since November 2, 2022, about at least some of the three sets of classified material that illegally found their way into the garage and library of President Joe Biden and into the Penn Biden Center think tank at the University of Pennsylvania — to which anonymous members of the Chinese Communist Party have donated $54.6 million.

Their existence only became known this week, after the newly elected Republican-majority House of Representatives announced that it would hold hearings on “how the [Justice] department handled investigations into classified materials found at former President Donald Trump’s Florida home and those found at President Joe Biden’s office in a Washington think tank bearing his name and his Delaware home…”

In addition, the recent release of the “Twitter Files” has raised at least two major concerns regarding actions by the Intelligence Community. The first is that the wall of separation between the Intelligence Community and the U.S. media has not only sprung a leak, it has totally collapsed. The report that officials from the Office of the Director of National Intelligence (ODNI) met weekly with Twitter executives to coordinate information is totally inappropriate. Would officials from the ODNI review, affirm or label certain sets of information as false? When ODNI was created, no one intended its officials to have a role in these types of discussions.

Let us just briefly look at the steep slope of lying, deceit and corruption that has seeped into the leadership of the U.S. Intelligence Community.

First, there are not enough words to praise our Intelligence Community and the men and women who risk their lives to keep America safe. These are the rank-and-file professionals that form the core of the Intelligence Community. Most are dedicated to the mission of gathering the necessary information to protect our nation. Their leaders have a responsibility to serve these individuals. Too often, however, as the current array of whistleblowers indicates, those leaders have let these individuals down.

Imagine their reaction in 2013 when, in response to a question from Senator Ron Wyden to then-Director of National Intelligence (DNI) James Clapper about whether the National Security Agency (NSA) collects “any type of data on millions, or hundreds of millions of Americans,” Clapper answered, “No sir, not wittingly.” Clapper, who had been given the question the previous day, was asked after the hearing if he wanted to amend the answer, and declined. It was shortly thereafter that a massive NSA program containing millions of pieces of Americans’ data was revealed. Clapper was caught in a huge lie — to U.S. Senator Wyden and the American people.

On January 12, 2017, CNN reported that President-elect Donald Trump had been briefed by DNI Clapper, FBI Director James Comey, CIA Director John Brennan, and NSA Director Michael Rogers. The topic: “Russian operatives claim to have compromising personal and financial information about Donald Trump.” It was intended to inform the President-elect that these allegations “are circulating among intelligence agencies, senior members of Congress, and other government officials in Washington.” The briefing also touched on other major allegations they claimed were “circulating.”

Having this false information — some of which the FBI actually altered — in the public domain was evidently intended to damage Trump. The Russian “hoax” allegations would haunt and damage the Trump presidency for almost two years. Clapper himself stated:

“I express my profound dismay at the leaks that have been appearing in the press … they are extremely corrosive and damaging to our national security.”

Clapper also released a statement that neither he nor anyone else in the Intelligence Community were responsible for the leaks. How did this highly classified information, then, get into the public domain?

A House Republican investigation provides the answer. Clapper denied leaking the dossier but admitted to discussing the dossier with CNN correspondent Jake Tapper and perhaps other journalists in early January 2017. Later in 2017, Clapper would go on to join CNN as a “national security” contributor and CNN would receive an award for its reporting at the White House Correspondents’ dinner.

Today we know that the “Russia hoax” was a lie. After a 22-month investigation, no evidence of collusion between any element of the Trump campaign and Russia was uncovered. The supposedly compromising evidence had never existed; the information in the “Steele dossier” was false — and the FBI had known it was from the start. The entire fabrication had been an attempt to attack and politically weaken Trump.

In October 2020, shortly before the elections 51 former intelligence professionals had even signed a joint letter stating that the Hunter Biden laptop had “has all the classic earmarks of a Russian information operation.” They stated that their national security experience made them “deeply suspicious that the Russian government played a significant role in this case.” They went on:

“If we are right, this is Russia trying to influence how Americans vote in this election, and we strongly believe that Americans need to be aware of this.”

The New York Times raised questions about the authenticity of the materials found on the laptop. Bill Evanina, the National Counterintelligence and Security Center Director, had indicated in August that Russia was trying to denigrate the Biden campaign. All these manufactured “facts” were apparently intended to create circumstances where reasonable people would have to conclude that the Hunter Biden laptop was Russian disinformation.

Signatories of the 2020 letter included Clapper, Brennan, Michael Hayden, Jeremy Bash and David Buckley. Clapper and Brennan are familiar names. They were involved in the January 2017 briefing to President Donald Trump on the fake Steele dossier. Jeremy Bash and David Buckley are worth mentioning because they continue to play significant roles in domestic and national security areas in the U.S. government. Buckley was the majority staff director on the House Select Committee investigating January 6th. Bash has been named to co-chair a government commission to review the war in Afghanistan.

The fraudulent efforts by the U.S. government, Clapper, Brennan and the 49 others — along with Hillary Clinton, her campaign committee, the Democratic National Committee and the suppression of the media and social media (here and here) — to influence the public unfortunately met with some success. For almost two years, the authenticity of the material found on Hunter Biden’s laptop was questioned. Today, its authenticity has been verified; the information is real and damning. As summarized by the New York Post:

“Yes that letter from the Dirty 51 had all the classic earmarks of a disinformation operation, all right – one designed to ensure Joe Biden won the presidency. And it was essentially a CIA operation, considering 43 of the 51 signatories were former CIA.”

One final example of the Intelligence Community involving itself in domestic politics comes from the recent release of the “Twitter Files.” According to tweet #20 of the third tranche released:

“This post about the Hunter Biden laptop situation shows that Roth not only met weekly with the FBI and DHS, but with the Office of the Director of National Intelligence.”

Finally, the FBI paid Twitter $3.5 million reportedly to “handle requests from the bureau.”

We now know what happened. Twitter suppressed discussion of the Hunter Biden laptop story and suppressed conservative messaging, while at the same time it appears the FBI, DHS and the ODNI had literally had set up shop at Twitter.

The American people should be outraged. This level of collaboration between federal law enforcement and a private sector company on controlling speech is terrifying. Having our Intelligence Community, which is supposed to be focused on foreign intelligence collection, involved is even more terrifying.

DNI James Clapper lying to the American people in 2013 about government surveillance of them, the promoting of the Russian hoax theory in 2017 by CIA Director Brennan, DNI Clapper, FBI Director Comey and others, the suppression of the Hunter Biden laptop story by 51 former intelligence professionals, and the close working arrangement between the FBI, DHS and the ODNI in 2020-2022 raises a staggering series of questions:

Can our government, law enforcement, and the Intelligence Community still be trusted?

Have those federal government agencies literally weaponized law enforcement and intelligence against political opponents in the U.S.?

Has more than one solitary person — former FBI attorney Kevin Clinemith, for altering an email — been held accountable for these egregious abuses of power?

Why wasn’t there a more powerful response from the Intelligence Community and the law enforcement community about the disinformation from the 51 former intelligence professionals?

Who authorized the cozy relationship between law enforcement, the intelligence community with Twitter?

Who in these government agencies reviewed and approved of the output and decisions coming from these joint efforts?

Were political appointees in the review loop?

Who has the records, notes and decisions that emanated from these groups?

It is clear that our law enforcement community needs to be investigated, but most importantly we need to investigate how our Intelligence Community has evolved from having literally a non-existent relationship with speech in America to being inside the room determining what speech is allowed.

There also needs to be a significant investigation by an outside, non-government group to understand how far this massive government overreach into free speech and election manipulation went.

Clearly the government has been influencing what we get to see and hear. It needs to stop — now — before our democracy is destroyed.