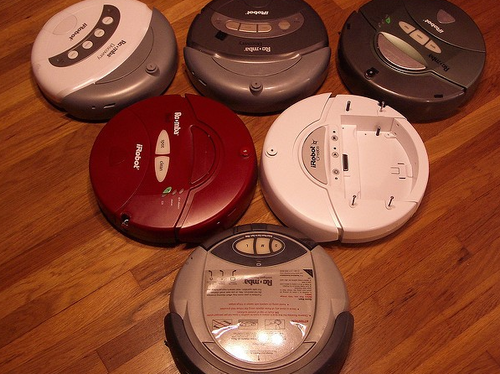 Well, it looks like you can score one for all of the “conspiracy theorists” who have said they don’t like “smart” appliances in their home because they feel like they were being spied on.

And you can tell those writing off these concerns that intimate photos of some Roomba tester vacuums have magically turned up on Facebook after being ascertained by Venezuelan gig workers.

One woman even found photographs of herself on the toilet, taken by her robot vacuum. What a time to be alive!

Breitbart reported last week that gig workers had posted pictures online where they were discussing “work-related matters”. One photo was a woman sitting on a toilet seat with her shorts pulled down to her mid thighs – it was taken by her Roomba J7 series robot vacuum, the report says.

The photos were sent to iRobot by Scale AI, a startup that contracts workers to label AI data used to train artificial intelligence, the report says. Users had agreed to “participate in the data collection” as part of a testing. They signed consent forms but now say they feel “misled” about the true nature of the consent.

Albert Fox Cahn, executive director of the Surveillance Technology Oversight Project, told Brietbart: “There is a real concern about whether the company is being deceptive if people are signing up for this sort of highly invasive type of surveillance and never fully understand… what they’re agreeing to.”

The MIT Technology Review conducted an investigation and determined it to be gig workers in Venezuela. There were also photos of a child and a woman using the restroom, the report says. iRobot has terminated its agreement with ScaleAI in response to the investigation.