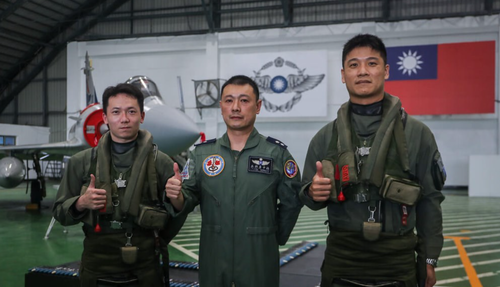 Taiwan’s Defense Ministry revealed on Wednesday that it has sent some of its military officers to a NATO war college in Italy, acknowledging cooperation with the Western military alliance that is sure to anger China.

One Taiwanese air force officer, Lt. Col. Wu Bong-yeng, told reporters that he went to the NATO Defense College in Rome in 2021 for a six-month course and insisted the cooperation was purely academic.

“This was an academic exchange, not a military exchange,” he said. “Of course, they were very curious about Taiwan,” Wu said he studied the same curriculum as officers from NATO countries did, and the Taiwanese Defense Ministry said other officers had been sent to the college.

Taiwan is known to cooperate with the US military, but interactions with other foreign militaries are much more rare. The revelation comes after NATO said China poses “systemic challenges” to the alliance in its new Strategic Concept document that was issued in 2022.

NATO first made clear it had its eye on China in 2020 and said at the time the alliance would work to build stronger partnerships in the Indo-Pacific.

Since then, some NATO countries have joined the US in sending warships into sensitive waters near China, including France, Germany, and Britain.

The US and its allies have been taking steps to increase ties with Taiwan in recent years, which Beijing views as an affront to the one-China policy. These policies have provoked an increase in Chinese military activity around the island.

This week, a group of German lawmakers visited Taiwan, and a US trade delegation is due to arrive on the island on Saturday.