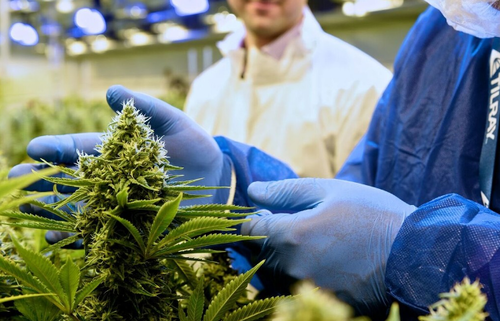 We once thought the obvious pivot would be traditional food and beverage manufacturers looking to eventually incorporate marijuana based products into their portfolios of products. Now, it looks like the opposite could be happening.

As marijuana legalization at the federal level in the U.S. has not proceeded as expediently as once predicted, grower Tilray Brands is now considering acquisitions that could move it into the alcohol – or even the produce – space.

Chief Executive Officer Irwin Simon said this week that, while it has set up infrastructure for the eventual distribution of its products in the U.S., a “lack of political action” has caused it to shift its vision, Yahoo reported.

Now the company is considering using some of its growing capacity for fruits and vegetables as a short term measure. It is also considering acquisitions that would move it further into setting up a U.S. distribution network, for when marijuana is eventually legalized.

Simon asked rhetorically on a company conference call this week: “There’s food shortages in the world of lettuce, tomatoes, strawberries. If we have overcapacity, how do we start growing fruits and vegetables at some of these facilities and supply food to the world?”

Analysts were hesitant at the idea, instead asking if the company should simply be focused on reducing its growing capacity. In response, Simon reminded them that the company’s top priority remains cannabis and that the idea of growing fruits and vegetables would only be a “temporary bridge”. Later in the day, on a different call, Simon reassured analysts that facilities would be easily converted for legalized cannabis in the U.S. or Europe when the time was right.

Tilray already owns SweetWater Brewing Co and Montauk Brewing Co, as well as a bourbon maker, Breckenridge Distillery, Yahoo reported. While those names are small in size, the company isn’t against taking on a larger potential brand name. “If there was a national brand, we would look at that too,” Simon concluded.