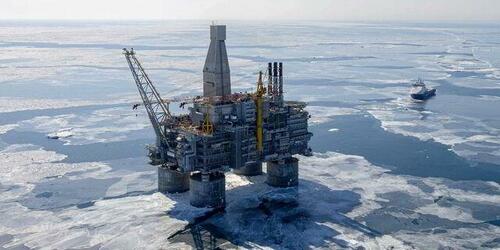 By Michael Kern of OilPrice.com

Russia has ramped up oil production from the Sakhalin-1 project and expects the field to soon pump at the full level of 220,000 barrels per day (bpd) after the project’s previous operator, U.S. supermajor ExxonMobil, quit Russian operations, an industry source with knowledge of the situation told Reuters on Monday.

Currently, oil production at Sakhalin-1 is around 150,000 bpd, or 65% of its capacity, according to Reuters’ industry source. Output is set to hit the 220,000 bpd peak level in “three to four weeks,” the source added.

Exxon announced at the start of March 2022 that it was going to withdraw from Sakhalin-1 following the Russian invasion of Ukraine. Exxon said it would exit the venture, as well as all its Russian projects, and make no new investments in Russia. In April 2022, Exxon declared force majeure on the Sakhalin-1 project due to Western sanctions against Moscow. Before the war in Ukraine, the project exported some 273,000 barrels daily of Sokol crude, with the main destination for the shipments being South Korea. Sakhalin-1 crude was also shipped to Japan, Australia, Thailand, and the United States.

After Exxon abandoned the project, oil production at Sakhalin-1 collapsed.

In October, Russia removed Exxon as a shareholder from the Sakhalin-1 oil and gas project and transferred its stake to a Russian business entity. Exxon had a 30-percent stake in Sakhalin-1, but Russian President Vladimir Putin signed a decree with which a new entity was set up to manage the operations of the Far East oil and gas project. The decree allowed the Russian government to distribute the stakes in the project and kick out foreign partners if they saw fit.

Russia has decided to let Japanese firms keep their stake in the Sakhalin-1 oil project in Russia’s Far East as Moscow reshuffled ownership of domestic oil and gas projects after a mass exodus of Western firms following the Russian invasion of Ukraine.