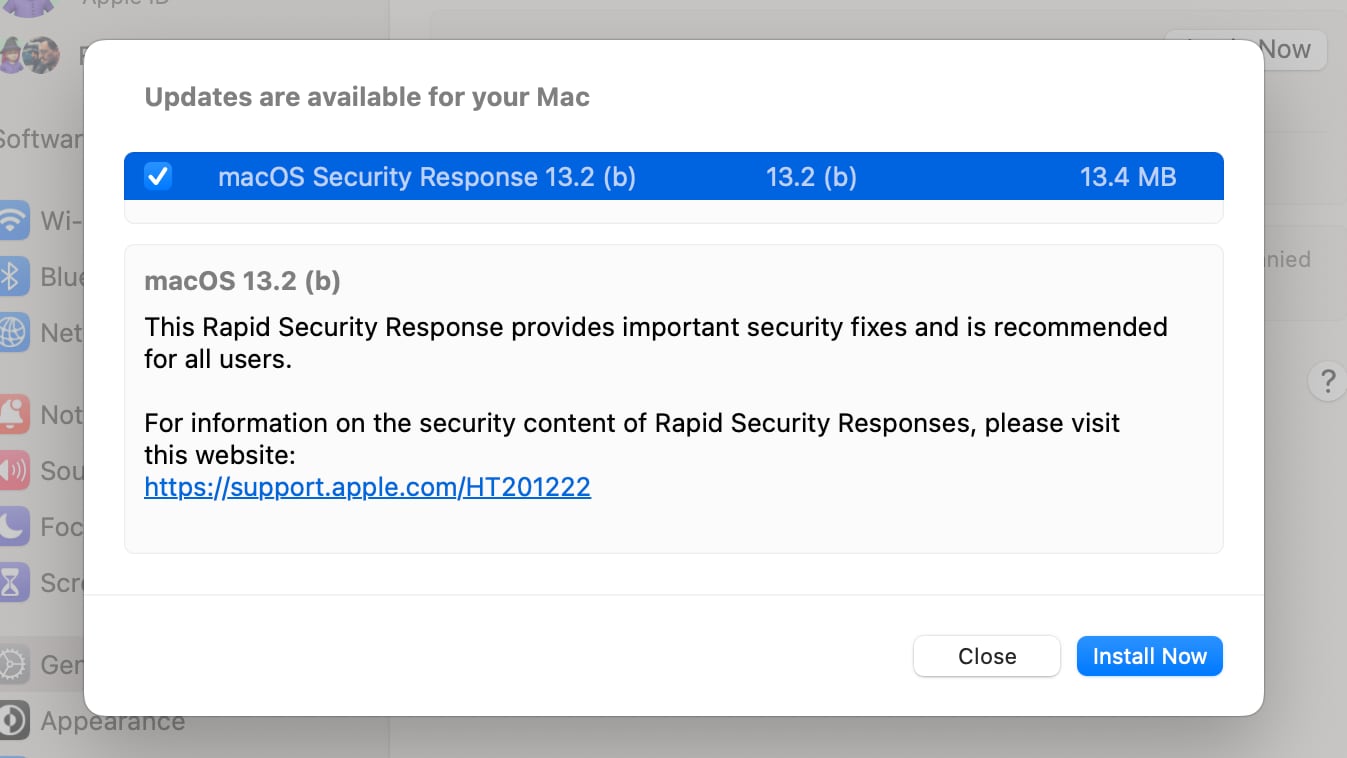 macOS Rapid Security Response 13.2 (b) is applied to the Mac automatically upon restart, and it is also added to Safari when the Safari app is exited and then reopened.

The first RSR release for the Mac appeared to be a test that did not add new features, with Apple instead making sure the feature works before it is deployed for an actual security update. Today’s update is just 13.4MB in size, suggesting it is once again a test. Rapid Security Response is an iOS 16 and ‌macOS Ventura‌ feature released as part of those updates.