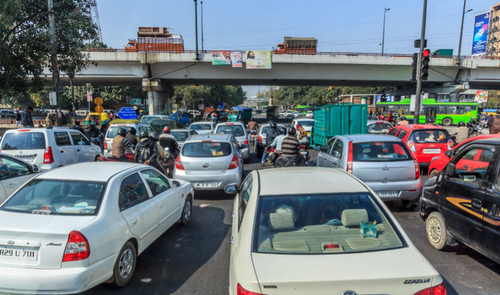 India has officially booted Japan out of the number three spot in the global automotive market. Latest industry data, reported on by Nikkei, shows that for the first time ever, India is now the third largest global auto market.

For 2022, the country’s new sales came in at 4.25 million units, based on preliminary results from the Society of Indian Automobile Manufacturers. This figure tops Japan’s 4.2 million units for the year. Japan’s sales in 2022 were down 5.6% from 2021.

Between January and November, India had delivered 4.13 million new vehicles. The total hits 4.25 million after adding December’s sales volume reported Sunday by Maruti Suzuki, India’s largest carmaker, the report says. And sales volume in the country is expected to rise: there are still year-end results and sales figures for commercial vehicles that have yet to be included into the 2022 totals.

After Covid, vehicle sales fell to under 3 million as the country locked down. A recovery started in 2021, approaching 4 million units, leading the country to its accelerated growth in 2022. The country is still dealing with the residual effects of the semiconductor shortage that shocked the industry during the Covid. Aftershocks of the shortage continue to work their way out of the supply chain heading into 2023.

Most vehicles sold in the country were gas based, which includes some hybrid vehicles. While EVs are driving sales in places like China and the U.S., they have yet to be adopted in any meaningful fashion in India yet, the report says.

Still, British research firm Euromonitor estimated that only 8.5% of Indian households owned a passenger vehicle in 2021. The country’s population of 1.4 billion is expected to keep growing until the early 2060s.