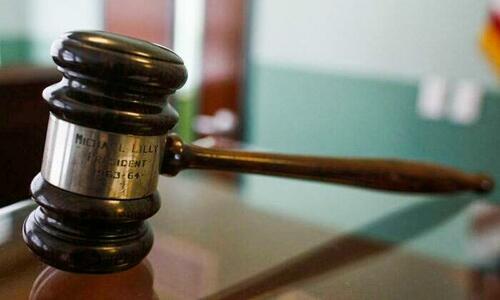 A West Virginia law that prohibits people from participating on single-sex sports teams that don’t match their biological sex is constitutional, a judge ruled on Jan. 5.

West Virginia House Bill 3293 (pdf), or the Save Women’s Sports Bill, was passed by the state legislature and signed by Gov. Jim Justice in 2021. The bill states that there are “inherent differences between biological males and biological females” and that “biological males would displace females to a substantial extent if permitted to compete on teams designated for biological females, as recognized in Clark v. Ariz. Interscholastic Ass’n (9th Cir. 1982).”

The bill says that a person born male cannot participate in female sports, and vice versa.

A biological male child with the initials B.P.J., who was 11 at the time, filed a lawsuit after the law’s passage. B.P.J. identifies as female and wanted to participate in female sports at a middle school, but administrators cited the new law in blocking the youth from doing so.

The lawsuit, filed in federal court in West Virginia, claimed that biological male children who identify as female are being discriminated against “on the basis of sex and transgender status” in violation of the U.S. Constitution and Title IX, including the Equal Protection Clause of the Fourteenth Amendment, which says that no state may deny a person within its jurisdiction “equal protection of the laws.”

U.S. District Judge Joseph Goodwin, a Clinton appointee, disagreed, ruling Thursday that “acting to prevent transgender girls, along with all other biological males, from playing on girls’ teams is not unconstitutional if the classification is substantially related to an important government interest.”

Goodwin later noted that males are generally better at sports due to “inherent physical differences between the sexes” related in part to males having higher levels of testosterone beginning with puberty, which B.P.J.’s filings recognized.

“This is not an overbroad generalization, but rather a general principle that realistically reflects the average physical differences between the sexes,” the judge wrote in his 23-page ruling, which threw out the case. “Given B.P.J.’s concession that circulating testosterone in males creates a biological difference in athletic performance, I do not see how I could find that the state’s classification based on biological sex is not substantially related to its interest in providing equal athletic opportunities for females.”

B.P.J. started taking puberty blockers, a drug that halts puberty, once signs of male puberty began showing. But not all transgender girls have taken the blockers, the judge said.

“The fact is … that a transgender girl is biologically male and, barring medical intervention, would undergo male puberty like other biological males. And biological males generally outperform females athletically. The state is permitted to legislate sports rules on this basis because sex, and the physical characteristics that flow from it, are substantially related to athletic performance and fairness in sports,” Goodwin said.

The judge opined that the state could adopt a “more inclusive policy” that would let transgender children play on a team different from their biological sex but said it fell outside the judiciary to impose such a requirement.

The law also does not violate Title IX because it still lets B.P.J. and other children play on teams matching their biological sex, the judge said.