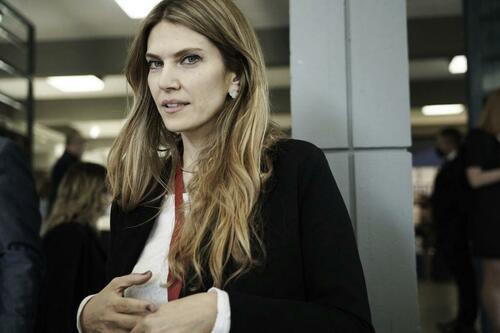 Europe At The Mercy Of Qatar?

Belgian federal police recently found €150,000 ($157,700) in cash at the Brussels home of the Vice-President of the European Parliament, Eva Kaili (Panhellenic Socialist Movement), who was then arrested and charged with corruption. She remains in jail. Also arrested were Luca Visentini, secretary general of the International Trade Union Confederation, and former socialist MEP Pier-Antonio Panzeri. Francesco Giorgi, Kaili’s domestic partner and former parliamentary assistant to Panzeri, was also arrested. The home of MEP Marc Tarabella (Socialist Party) was searched.

Notably, Panzeri is the president of the NGO “Fight Impunity“, of which Giorgi is one of the founders. Niccolò Figà-Talamanca was also taken into custody, according to the Italian newswire Ansa. Figà-Talamanca is the executive director of another NGO, “No Peace Without Justice,” which is based in Rome and Brussels and ostensibly focused on international criminal justice, human rights and the promotion of democracy in North Africa and the Middle East. It also happens to have the same Brussels address as Fight Impunity: 41 rue Ducale.

According to media reports, and with respect to the presumption of innocence, this elite of European socialism and trade unionism was corrupted by Qatar to praise the “progress” of the emirate in the field of “labour law.” According to the New York Times:

“The case, which Belgian authorities say they have been building for over a year with the help of their secret services, has uncovered what prosecutors say was a cash-for-favors scheme at the heart of the European Union. And it highlighted the vulnerabilities in an opaque, notoriously bureaucratic system that decides policies for 450 million people in the world’s richest club of nations.”

Faced with this information, the first reaction of a large number of Europeans, judging by social media networks, was a feeling of humiliation. That a small country such as Qatar could so easily bribe the Socialist Group in the European Parliament, to the point of causing it to say the opposite of what it supported a week earlier, is indeed dismaying.

Let us recall the facts.

The stadiums for the FIFA World Cup in Qatar were built in conditions described as slave-like and hellish. For ten years, armies of Asian workers were put to work for miserable wages in wretched living conditions. According to the Guardian, since the emirate was awarded the World Cup, 6,500 workers died on Qatar’s construction sites. This carnage did not predestine Qatar for praise from the Socialist Group in the European Parliament.

The change in Tarabella’s discourse, for example, was dazzling. Initially hostile to Qatar hosting the World Cup, Tarabella suddenly became its advocate on television: “Qatar has made remarkable efforts in terms of labour rights”, the socialist MEP stated on LN24 on December 11.

“Qatar, with the help of NGOs, the International Labour Organisation… has made clear progress which is now being welcomed…. The signal to say we are going to boycott diplomatically is a bad signal. Why is that? Because it means that even if they have made progress, particularly in relation to the welfare of workers, housing allowances, a decent minimum wage, working conditions in which, during the hot summer months, people no longer work between ten in the morning and 3.30 pm, and the abandonment of slavery… not everything is perfect in Qatar, I repeat… if, in spite of all this, you boycott, you are giving the signal that the efforts made are useless.”

Kaili visited Qatar in person and praised the emirate’s “labour reforms”. According to the local press, Kaili said that she represented 500 million European citizens who consider that “Qatar’s progress represents common values”.

Are Members of the European Parliament in financial need? An MEP earns a gross €13,944 (roughly $14,000) per month, including an expenditure allowance, plus €4,716 ($5,000) a year for travel expenses and €338 ($358) for each day of attendance at meetings of the Parliament’s bodies. Usually, though, such considerations are irrelevant. People are generally susceptible to bribes.

“While this may be the most egregious case of alleged corruption the European Parliament has seen in many years,” explained Michiel van Hulten, director of Transparency International EU, “it is not an isolated incident.”

“Over many decades, the Parliament has allowed a culture of impunity to develop, with a combination of lax financial rules and controls and a complete lack of independent (or indeed any) ethics oversight. In many ways it has become a law unto itself. Every serious attempt to improve accountability is blocked by the Parliament’s ruling Bureau, with the acquiescence of a majority of MEPs. The recent backroom deal approved by the Bureau to appoint a new EP Secretary-General is emblematic of an institution that thinks that rules for ethics and integrity should only apply to others…. As a first step, the European Commission should now publish its long-delayed proposal on the creation of an independent EU ethics body, with powers of investigation and enforcement.”

That the Socialist Group, the second-largest in the European Parliament, was so easily bribed by little Qatar, to the extent of cheering on the “labour law reforms” of a slave emirate, has yet to be confirmed by the courts. It is also possibly just the “tip of the iceberg.”

Other geopolitical actors, who are known to have an interest in the resolutions of the European Parliament, have even more considerable means at their disposal.

This affair also reveals — if it were still necessary — the extreme energy distress of the European continent. For 20 years, Europe has been systematically destroying the only truly European source of energy that is being produces — nuclear power, and has refused to even consider exploiting the underground shale gas that is so abundant in some European regions. As a result, Europe finds itself in a situation of extreme dependence on the regimes, generally authoritarian, that supply its gas. This means Russia and, increasingly, Qatar.

This situation has been perfectly understood by Qatar, which published the following statement as soon as possible retaliatory measures were announced following discovery of the alleged corruption:

“The decision to impose… a discriminatory restriction that limits dialogue and cooperation on Qatar before the legal process has ended, will negatively affect regional and global security cooperation, as well as ongoing discussions around global energy poverty and security.”

The blackmail is clear.