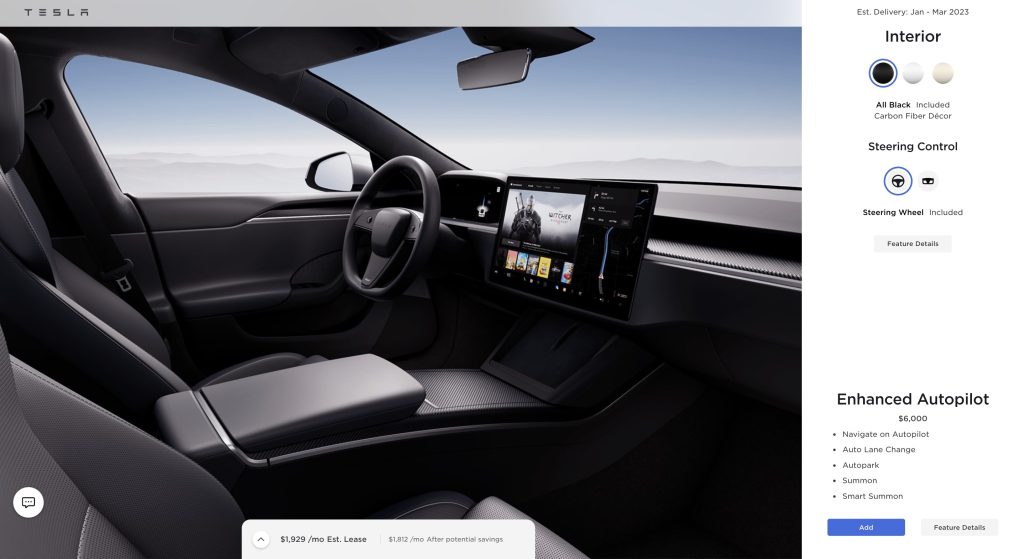 When the refresh Model S and Model X first came out with the yoke steering wheel, they were received with mixed opinions. Some Tesla owners through the yoke steering wheel was cool and fun. Munro & Associates’ Carl Crittenden argued that the yoke had some safety benefits since it ensured that drivers would keep their hands at the 9 and 3-o-clock position. Crittenden argued that drivers risk their hands during airbag deployment if they place them on the 10 and 2-o-clock or 12-o-clock position.

“One thing that you also may not have thought about is that yoke increases safety as well. So the people that grab at the top of the steering wheel, if that airbag deploys and the airbag is coming out below your hands, your elbow does not bend in that manner. If you’re holding there, you’ll break your arms,” Crittenden said.

“Airbags are great. I know they’ve saved lots of lives (but) I really don’t like the idea of having my elbows broken. And when I saw airbags go off, and looked at, if I’ve got my arms at the top, either they’re going to throw them up into the headliner, or they’re going to break them, and neither one of those really appeal to me,” Munro added.

When the render circulated, Elon Musk said there was no chance of a round steering wheel making it to the Model S. However, given current events, “no” doesn’t mean “never.”