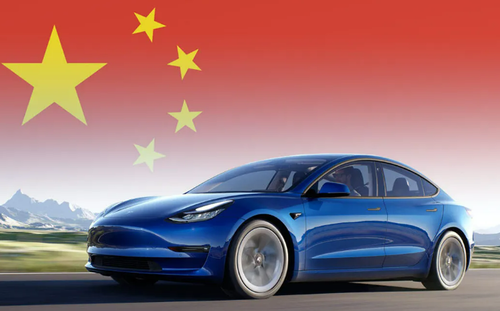 Tesla’s sales of China-made vehicles fell to a five month low in December, despite China’s passenger vehicle market rebounding, according to new data from the China Passenger Car Association (CPCA) on Thursday.

Tesla delivered 55,796 vehicles for the month, down 44% from November and 21% from the year prior, Reuters reported, citing “reduced output” and price cuts amidst rising inventories, coupled with slowing demand, as reason for the fall in numbers.

The report notes that the figure is the fewest monthly deliveries in China since July, when the company’s key Shanghai factory purposely suspended operations in order to upgrade its production lines. For the year, however, Tesla delivered about 50% more vehicles produced in Shanghai than in 2021.

As we have noted, Tesla suspended production at Shanghai from December 24 to January 2 as part of an effort to reduce production and allow demand to catch back up with supply. The company is also expected to suspend production for Chinese New Year later this month.

The figures come despite the fact that passenger vehicle sales in China rebounded for the month, with the CPCA posting total sales of 2.45 million units for the month, up 15% year over year and 47% month over month.

Recall, days ago we noted that Tesla broke quarterly delivery records in Q4 2022, but fell short of Wall Street’s estimates. Tesla announced it had delivered a record 405,278 vehicles for the quarter. The number marked a record for the company, but came in below most Wall Street estimates, even some that were revised lower. Consensus estimates for deliveries stood at 420,760 into the report, according to Bloomberg.

“In 2022, vehicle deliveries grew 40% YoY to 1.31 million,” the company’s press release said. This fell short of the 50% growth figure the company had once projected for the year.

Tesla commented: “We continued to transition towards a more even regional mix of vehicle builds which again led to a further increase in cars in transit at the end of the quarter. Thank you to all of our customers, employees, suppliers, shareholders and supporters who helped us achieve a great 2022 in light of significant COVID and supply chain related challenges throughout the year.”

The breakdown of vehicles included 388,131 Model 3 and Model Y deliveries, which fell short of the 405,597 estimated: