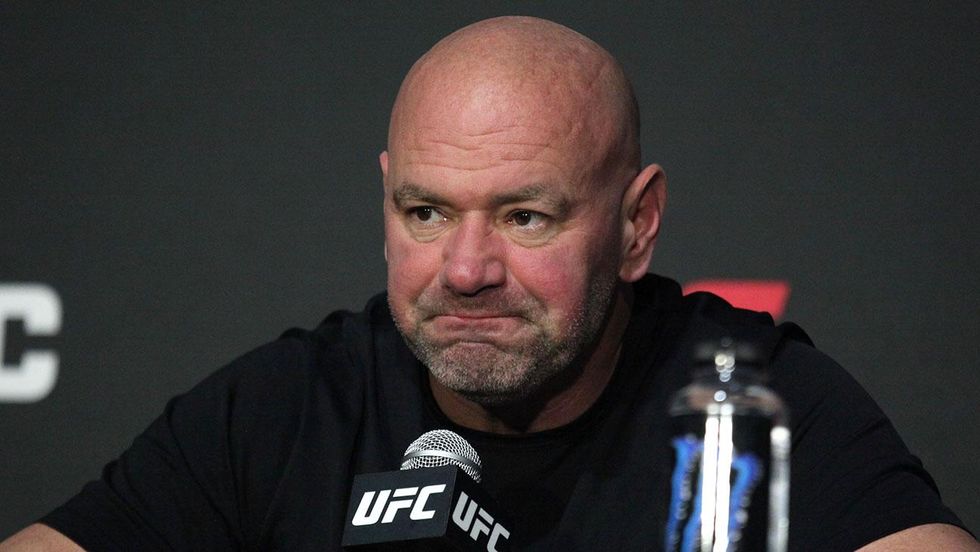 Let’s get right into it. What does it say when the most powerful man in Martial Arts demonstrates the ugly need for women to be able to defend themselves with Martial Arts? We are not going to belabor the points already out there in the sphere of Martial Arts and MMA more specifically. A lot has been said well about what a terrible look the encounter recorded on video with Dana White slapping his wife and aftermath – if the little said broadly can be called aftermath. Refer to the solid outlets in MMA Media. In fact, shamefully, it will be the only place you find much said at all.

If there is anything that needed to be added to that conversation and coverage it might be some subtleties such as Dana saying he and his wife have “apologized to each other” or in that not-so-journalistic interview done with TMZ how he had his cake and ate it too by saying he is embarrassed and simultaneously doesn’t care what anyone thinks or says who will undoubtedly chime in. Lots of headlines stated he “apologized.” To whom? Again, not the main focus here, but it is partially a catalyst for the thesis here in seeing the sad irony.

It is undeniable no matter how hard it is to accept that if the question is asked as we begin this new year, who is the most powerful human in Martial Arts, the answer is Dana White, President of the Ultimate Fighting Championship. The UFC being without dispute the premiere league in Mixed Martial Arts. It is a constant refrain of real MMA fans that MMA is the sport and not the UFC. But here we are. With the UFC standing atop the sport. And Dana White standing atop the UFC. And a headline with unquestionable accompanying video of this most powerful man slapping his wife – maybe twice at a New Years Eve event in Mexico.

Much could be said about the fact that White himself has trained in Martial Arts. Or that he himself has very publicly – though inconsistently – condemned domestic abuse. But in this context of writing, speaking, promoting Martial Arts and benefits therein, there is no greater irony it would seem than a promoter in the billion(s)-dollar industry of MMA abusing the “MA” in MMA. The word “martial” in Martial Arts at root means “pertaining to or appropriate to war”. Before Martial Arts was ever sport, it was war. In fact, it has over the centuries morphed into a sort of replacement to war to have competition be a stand-in for actual combat. It has become predominantly ‘friendly’ in nature as sport and health have become associated, but at root and very much pun ironically intended – war and fighting are in the DNA of Martial Arts (look up Dana on fighting and DNA for pun clarification). Martial Arts is war-related, but it is supposed to have evolved to become a tool to stop violence and keep peace. It is an exception – or should be – that anyone gets involved in Martial Arts to intentionally cause harm to others. Particularly others who need protection and defense.

There is little question that a major contingent of people who get involved in Martial Arts do so in order to gain tools of self-defense. It is certainly very true of many females who become Martial Artists. This might be a good to point to just quickly say the writer has watched women in his family be victimized in domestic violence and there is zero license in mind for a man to retaliate against a woman as some have said in vindication of Dana White with his wife slapping him first. In his very promotion, there are weight classes and gender separation to make the rules of engagement fair. To the point where a couple of pounds can be said enough to call off a fight for fairness’ sake. And Dana himself said publicly he was without excuse. No, there is no justification and it will not be made here.

It seems things are pretty quiet on the newsfront and from White’s associates on this grievous matter. But domestic violence and its victims deserve more. They deserve better from the UFC and its parent company Endeavor as well as media partner ESPN. But the Martial Arts community too can take this in and make it a teaching moment. Domestic violence is real and is not merely that thing that happens to those kinds of people. And it is not just something that can happen with people who do not know better. The virtues extolled in the best Martial Arts has to offer can be compromised at the highest level – even in the business of Martial Arts. Something must be done at the top of the UFC, but something can be done in the Martial Arts community too. Have conversations. Train meaningfully. As people who take up the mantle of self-defense, help people and stand with people who need it. If the most powerful man in Martial Arts won’t, we should.