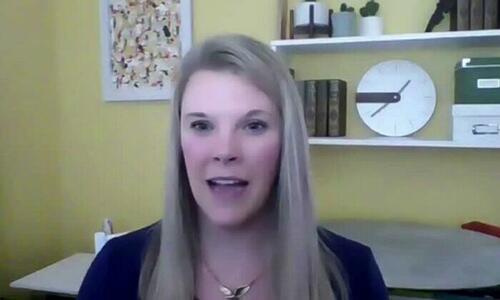 150,000 Votes In The 2020 Election Not Tied To A Valid Address In Wisconsin: Election Watchdog

Authored by Steven Kovac via The Epoch Times (emphasis ours),

Election Watch (EW), a Wisconsin election integrity watchdog organization, has discovered that more than 150,000 votes cast in the 2020 presidential election cannot be connected with a valid address.

EW computer analyst Peter Bernegger said the group’s study of Wisconsin’s voter rolls found 45,000 such occurrences involving people who were living out of state in the Nov. 3 ballot, with another 107,000 documented instances on the part of voters who moved to another address within the state and cast a ballot in a different jurisdiction from the one in which they actually reside.

“That’s over 150,000 votes cast in the 2020 presidential election that cannot be tied to a valid address,” said Bernegger. “That’s illegal in the state of Wisconsin.

“Though there may be a reasonable explanation for most of these, the number of instances is so large that if only two out of 10 were nefariously cast votes, that was enough to tip the election to Biden.”

“I was outraged to learn that the Wisconsin state voter roll shows that I voted in person at the polls on Nov. 3, 2020, when the fact is I was living, registered to vote, and voted in Tennessee. I was not in Wisconsin that day,” he told The Epoch Times.

“The entire situation distresses me because, without election integrity, your vote doesn’t matter,” said Jacob Alldredge.

“We need reform in our voting system. Fixing this is not an impossible task, but I don’t think people want to solve it.”

One person who said she is most certainly dedicated to solving the problems with Wisconsin’s voting system, especially its “sloppy and inflated voter roll,” is Jacob’s mother Sandy Alldredge.

A self-described “constitutional conservative,” Sandy Alldredge told The Epoch Times that in 2020 she was a volunteer working for the reelection of President Donald Trump.

“When Trump ‘lost’ Wisconsin to Joe Biden by 21,000 votes, many patriots began working hard on cyber efforts to find out what really happened. Their dedication inspired me to get involved, so I got some training and made myself available to help.”

Sandy Alldredge said that after learning that some Wisconsin precincts posted a 103 percent voter turnout in the 2020 election; and that there were 7.3 million registered voters in a state with a total population of 5.9 million, she decided to check out the voting records in her former hometown.

Examining the state voter roll for the town of Delavan, in Walworth County, Sandy Alldredge was shocked to see that her son Jacob was listed as having voted in person at the polling place on Nov. 3, 2020—something she knew first-hand to be impossible.

Sandy Alldredge provided The Epoch Times with a spreadsheet from the state voter roll as it appeared on Aug. 18, 2021, as evidence.

“When we checked the poll book, which every in-person voter is required to sign before being allowed to vote, Jacob’s signature was not on it.

“So why does the official Wisconsin Election Commission record say that he voted at the polls on Nov. 3, 2020?” she asked.

Analyst Bernegger said he intends to file a formal complaint over the Alldredge incident “with” Delavan’s municipal clerk, “not against her.”

“Hardworking and honest local clerks around our state are being played. The municipal clerks are taking the brunt of the questioning by concerned citizens, and they are answering to the best of their knowledge. From their perspective, everything appears normal. The behind-the-scenes reality is far from it.

“I’m listing John Doe as the respondent because we have not yet determined who the cheater is,” he said.

Delavan Town Clerk Michele Starin, who took office in May of 2022, told The Epoch Times she had not received any complaint yet and said she knew nothing about any irregularity with Jacob Alldredge’s voting record.

“According to our records, the last time Mr. Alldredge voted was by absentee ballot in 2016. He is currently listed as inactive,” said Starin.

In a Jan. 3 phone interview with The Epoch Times, Walworth County Clerk Susi Pike said she was not aware of any complaint concerning Jacob Alldredge.

A view of the poll book from the 2020 election in Delavan, Wisc. (Courtesy of Sandy Alldredge)

After checking the poll book for the 2020 election, Pike confirmed that Jacob Alldredge did not vote in person at the polls that day.

Pike then checked the state voter roll and said there is no record of Jacob Alldredge voting at all in the 2020 presidential election.