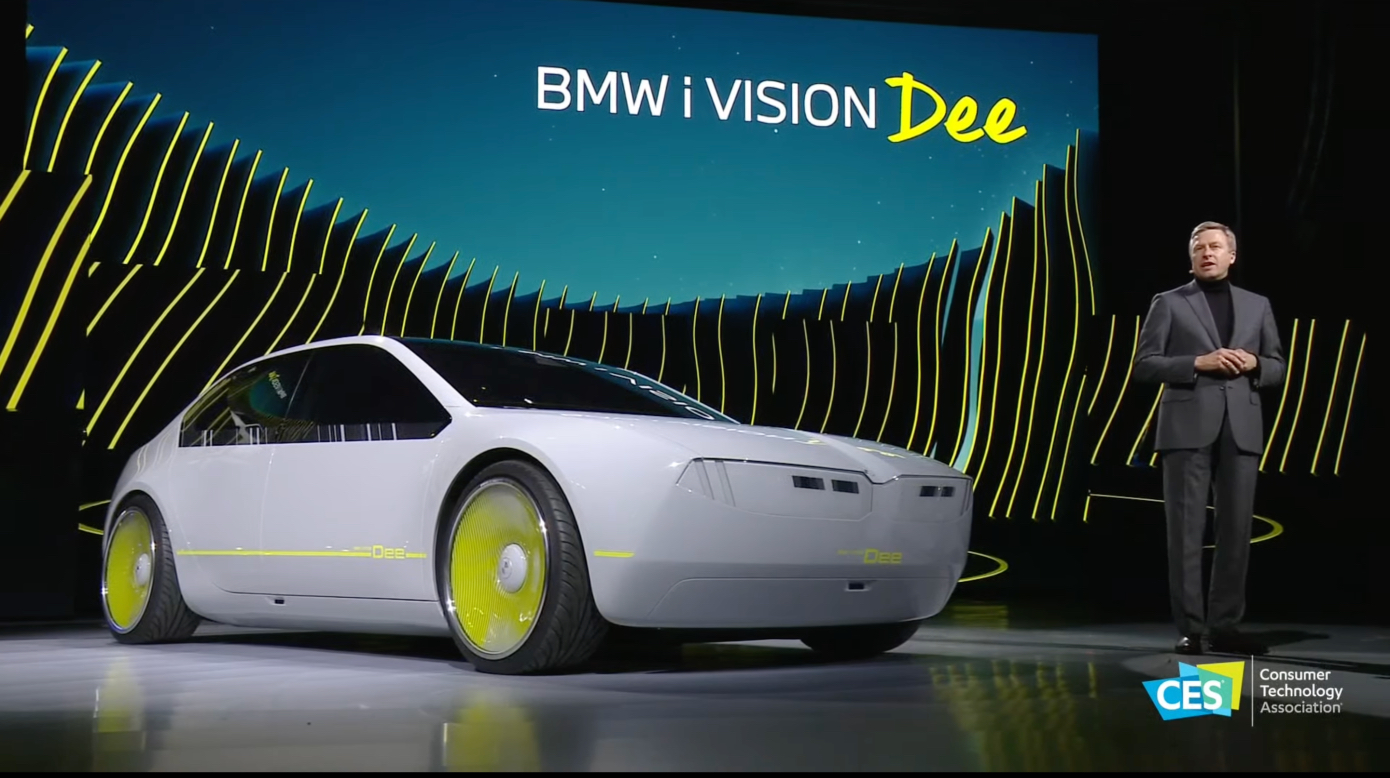 The i Vision Dee uses some Amazon voice-recognition technology, but primarily showcases BMW’s own software-first approach to next-generation vehicles with features designed to pre-emptively tackle tech companies like Apple that are seemingly on the brink of entering the auto industry. BMW has offered over-the-air software updates for millions of its vehicles since 2019, and going forward, it is says it is focused on data protection, guiding developers, and seamless digital integration.

In the i Vision Dee, drivers can choose from five different levels of information to display using a “Mixed Reality Slider” on the dashboard, including augmented reality directional cues and social media notifications. The entire windshield functions as a large projected display. BMW’s next-generation voice assistant, called Dee, can provide driver assistance, recognise the identity of the driver, open the doors automatically, and more.

It also features 240 invidiually-controlled e-ink paintwork segments that can change the car’s entire color and display patterns. The i Vision Dee will be available as soon as 2025 as part of the launch of a wider software-led vehicle platform.

Following the announcement, Bloomberg noted how the i Vision Dee appears to be set to rival Apple’s future electric vehicle and could offer tangible signs of the sort of features to expect from it when it is finally announced.

There have been hundreds of insightful reports about Apple’s car plans, but the latest information from Bloomberg claims that the company recently scaled back its initial plans and dropped its proposed $120,000 price point, eliminating ambitions for a full self-driving vehicle with no steering wheel or pedals, and an interior design focused on communal seating.

Now, the car is expected to have a much more conventional design with limited self-driving capabilities, for a price under $100,000. This could position Apple’s electric vehicle as a much more direct competitor to the likes of Tesla’s Model S than previously thought.

The car is now expected to launch in 2026, but it could be announced sometime in 2025, especially as it will need to undergo regulatory approval and widespread testing for some time ahead of its public release to consumers.