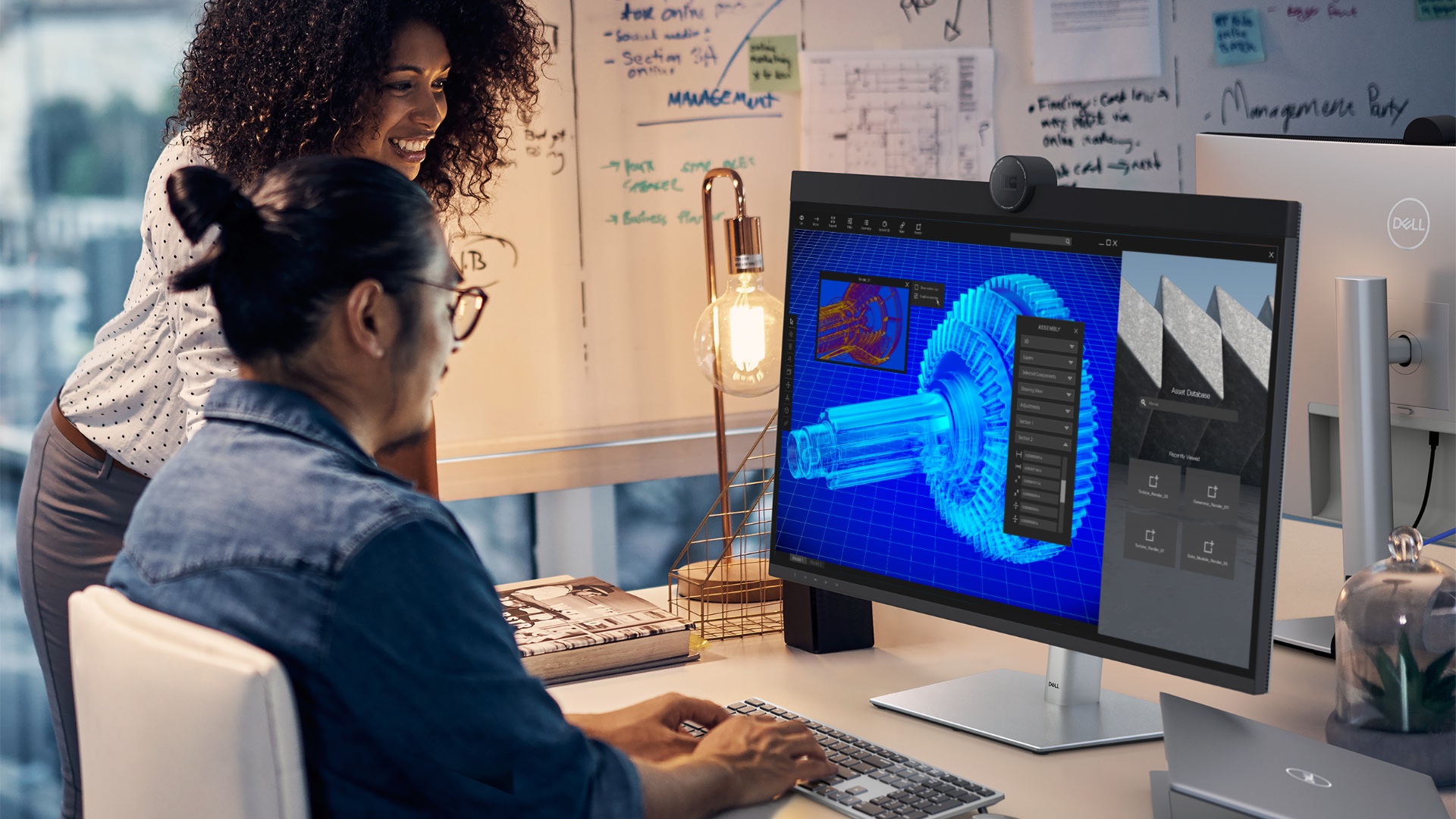 Dell is looking to take head-on Apple’s $4599 Pro Display XDR with a new 32-inch 6K UltraSharp display that has a built-in 4K webcam, a variety of ports, an included stand that rotates, swivels, tilts, and more.

The new “game changer” display was announced this week as part of CES and is the world’s first 6K display with IPS Black panel technology, according to Dell. With the new IPS panel, the 32-inch 6K UltraSharp delivers “high contrast and deeper blacks.” In actual specs, the display is 6133 by 3456 pixels with 223 PPI (pixels-per-inch), slightly higher than Apple’s Pro Display XDR. The Pro Display XDR is 6016 by 3384 pixels with 218 PPI (pixels-per-inch).

On the back of Dell’s 32-inch 6K UltraSharp display, there are a variety of ports, including Thunderbolt 4 with up to 140W of power delivery, USB-A, ethernet, HDMI, and DP 2.1. On the front of the display, there is also access to two USB-C and one USB-A port through a pop-out compartment, providing quicker access to connect accessories and peripherals.

Unlike the Pro Display XDR which does not come with a stand, Dell’s display has a built-in stand that can swivel, tilt, rotate, and move the display higher or lower depending on user preference. The display also has a built-in 4K webcam that uses AI to improve image quality and keep users in the frame during video calls.

At CES this week, Samsung also revealed a 27-inch 5K display that will compete with Apple’s Studio Display.

This article, “CES 2023: Dell Looks to Take on Apple’s Pro Display XDR With New 32-Inch 6K Display That Has a Built-In 4K Webcam and Included Stand” first appeared on MacRumors.com